Why Doesn't God Always Heal? Nabeel and Others Who Die too Young 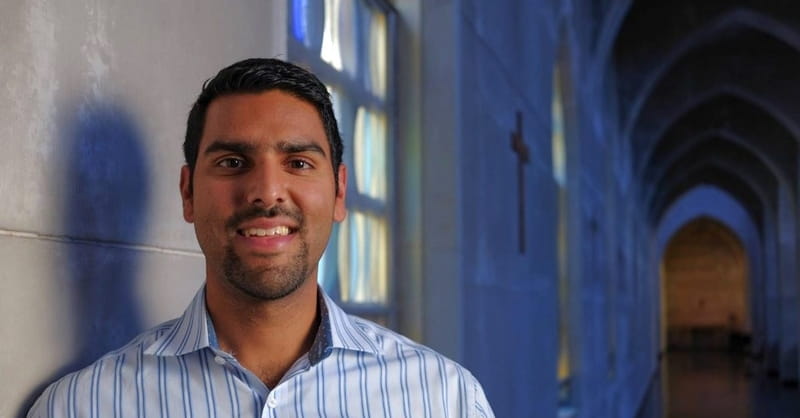 Why Doesn't God Always Heal? Nabeel and Others Who Die too Young

It’s been about two weeks since Nabeel Qureshi, after a year-long battle with stomach cancer, went to be with the Lord.

This brilliant author, apologist and friend of many of us at the Colson Center was raised a devout Muslim. He loved to debate Christians, whom he often found unable to defend their beliefs. But it was in college that a knowledgeable friend challenged him to investigate the claims of Christianity.

Nabeel then encountered a God he’d never expected—a Heavenly Father who loved him and fully accepted him because of the work of Jesus Christ.

And as a result, Nabeel embraced a new mission—to share Jesus with as many as possible, especially to Muslims. He wrote books, spoke, debated. He was a walking, talking example of that rare type of Christian he finally encountered in college. One that was ready to give an answer to anyone who asked for the hope that he had found. Our prayers go out for his wife, Michelle, and their young daughter, Ayah.

Many of us spent the last year praying for Nabeel. Not only because we knew him and loved him, but because of the incredible way he was using the sizeable platform that God had granted him.

At Nabeel’s memorial service, his mentor Ravi Zacharias described the incredible story of his protégé this way: “This abnormally born, abnormally torn, abnormally scorned man is now abnormally gone. Gone at such an early age in life, so what I say to you is this: He’s not the only one who’s died young.”

When I learned of Nabeel’s passing, in fact, I immediately thought of Blaise Pascal, the brilliant French mathematician whose masterful apologetic work was interrupted by his death at age 39. Why would God allow someone so young and so influential for the kingdom to die?

In our answer, I think it’s important to acknowledge both what we can say, and what we can’t say. As my BreakPoint This Week co-host Ed Stetzer put it in our conversation on last week’s podcast, we don’t know the specific reason God made this decision about Nabeel’s life. Silly platitudes like “God needed him more than we do” are theologically backwards, and tossing around what I call Romans 8:28 bombs only dismiss the real hurt the death of a loved one entails.

And that tells us something we can say, that the world is, as Neal Plantinga put it, not the way it’s supposed to be. The loss that we feel points to that. Death is not only abhorrent, it’s an aberration from the way that life is supposed to be as God created it. And we sense that.

In fact, I’ll simply quote Nabeel here. He wrote, “Jesus is the God of reversal and redemption. He redeemed sinners to life by his death, and he redeemed a symbol of execution by repurposing it for salvation.”

This reversal transforms even death itself, which has been “swallowed up in victory.” Nabeel now knows more fully than any of us the meaning of the Apostle Paul’s words: “To live is Christ and to die is gain.” His departure is grief for us, but complete joy for him. He is with the Savior he met years ago while searching for Allah.

We should also remember that human life belongs to God. Our western illusion of control is just that, an illusion. We have no more claim on another person’s time here on this earth than we do our own. Whatever years we have are a gift, and the God who numbers our days is the only one who knows how many we have left.

And so like Pascal and Nabeel, we should be men and women on a mission. As Chuck Colson said—“living every day as if it’s [our] last, knowing by God’s grace and love, the Savior waits for [us] beyond the grave.”

Amen. In the meantime, we mourn. But we recommit to “lay aside every weight and run with endurance the race before us,” no matter how long or how short that race will be.