When “Christianity” Is Pointless: Why Real Faith Makes Demands 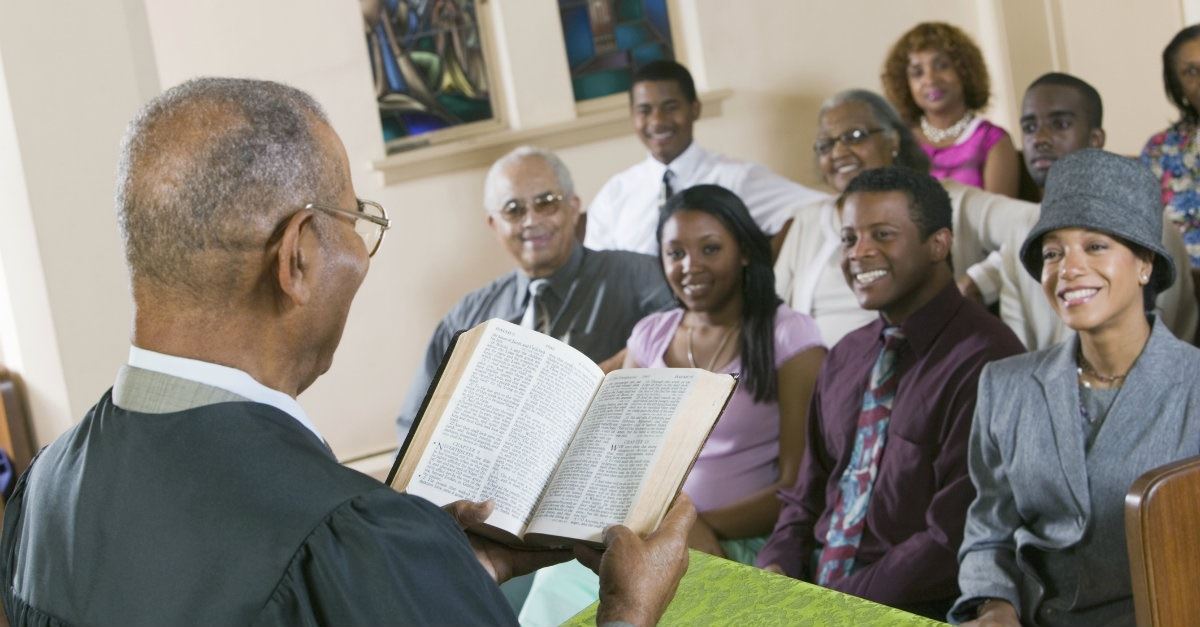 When “Christianity” Is Pointless: Why Real Faith Makes Demands

Certain beliefs ought to disqualify a person for certain jobs. For example, a vegetarian probably shouldn’t be the lead chef at a steakhouse. A pacifist wouldn’t make a good general. And an atheist shouldn’t be a pastor. At least, that’s what you would think.

A liberal denomination in the true north is giving that last bizarre scenario a go. The leadership of the United Church of Canada has settled a years-long controversy by voting to allow Reverend Gretta Vosper, a self-proclaimed atheist, to keep her post as lead minister at West Hill United Church in Toronto.

In her sermons and in her book “With or Without God,” Vosper has made it clear she doesn’t see the Bible as the authoritative word of God. She views “God” as not a personal Being, but as a metaphor of love, compassion, and beauty. Each Sunday, members of West Hill United Church replace prayer with “community sharing time,” and then sing hymns that have been rewritten to accommodate secular sensibilities.

The head of Reverend Vesper’s denomination says he’s happy with the decision to keep her, preferring to emphasize “inclusiveness” over the most basic belief of the Christian faith—namely that God exists.

In another recent story from the world of progressive Christianity, Reverend Nadia Bolz-Weber, a self-named “pastrix” in the liberal Evangelical Lutheran Church of America, downplayed the immorality of pornography. In a recent, hard-to-follow interview with a New Jersey LGBT publication, she seemed to be arguing that viewing pornography is mostly fine, as long as it’s “ethically-sourced.”

The interview was part of the promotion campaign for her upcoming book on sex. And as part of the campaign, she’s encouraging young women to mail her their purity rings so she can melt them down and forge them into a giant statue of a female body part.

Progressive Christianity—represented mostly in mainline Protestant denominations—nearly all of which are in membership freefall—has become almost impossible to parody. And that’s at least partly because, as theologian J. Gresham Machen said of liberals in his day, the faith they’re teaching is not Christianity at all. It’s a completely different religion, a social reform agenda fueled by feelings, informed by secular thought, while barely draped with religious language.

In his book, “Christianity and Liberalism,” Machen contrasted liberalism with real Christianity, which began with an announcement—a revelation about the supernatural life, death, and resurrection of Christ, and the implications of this good news for our lives. The faith once delivered to the saints makes demands on us. It has the power and the right to change us and our world. It challenges our deeply help beliefs. It rewrites our deepest concepts of who we are and what’s true. It demands our lives change, be remade after the life of our Savior, and redefined by the crucifixion and resurrection of Christ.

If your god—however you define him, her, it, or they—never demands change, then your god is you. This is what progressive Christianity has largely become, and why it’s dying. If God’s desires are indistinguishable from our own and His commands identical with the progressive social agenda—to the extent that you don’t even have to believe in Him to pastor a church—then we might as well all stay home on Sundays and listen to NPR.

Thank God, though, Christianity is worth believing. Thank God it is true, that it does make demands on our lives, and that it offers a salvation better than any that our culture mistakenly will ever call “progress.”