Uju Ekeocha and the Battle for Life in Africa: Resisting the Western Culture of Death 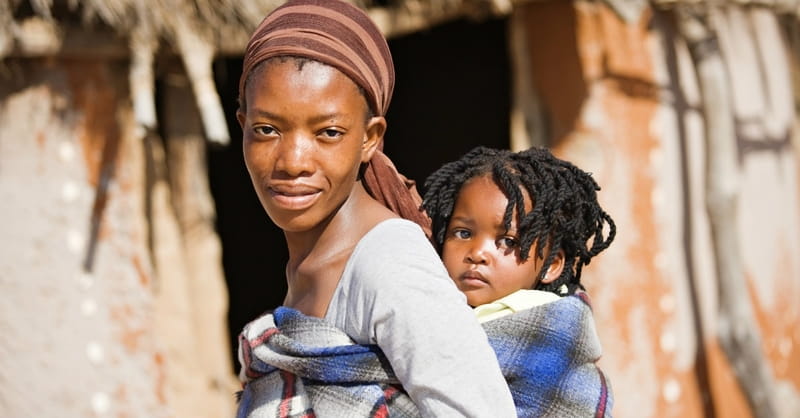 Uju Ekeocha and the Battle for Life in Africa: Resisting the Western Culture of Death

At the United Nations, two women were squaring off: one, a Danish abortion advocate, the other, African scientist Uju Ekeocha.

The Danish feminist admitted that she was “a bit provoked” by Uju’s claim that Western countries are once again engaging in colonialism. In her view, she announced, African women should be able to decide for themselves what to do with their bodies, including how many babies they want, and whether to have abortions.

Uju was quick to respond.

“Culturally, most of the African communities actually believe, by tradition, by their cultural standards, that abortion is a direct attack on human life,” she explained. “So for anybody to be able to convince any woman in Africa that abortion . . . can be a good thing, you first of all have to tell her that what her parents and her grandparents and her ancestors taught her is actually wrong.

“And that, Madame, is colonialism.”

Bravo, Uju! She is absolutely right. What else can you call it when secular Western organizations fly into Africa with bundles of birth control and abortion equipment, determined to convince African women that these things are good for them?

Uju, by the way, is the founder of Culture of Life Africa, an organization dedicated to defending African values, including the sanctity of life, the honoring of motherhood, and the dignity of family life. When Westerners launch assaults on these values, Culture of Life Africa responds with the voices of African women.

And what are these women saying? That they love and celebrate their children. That they despise abortion. That they want their authentic needs met, such as the safe delivery of their babies. They want their values respected—especially their belief that motherhood is a blessing, not a burden, even within a poor family.

But Western do-gooders are not listening. Their ultimate goal is the drastic reduction of children born to poor Africans.

For instance, in the wake of President Trump’s decision to reinstate the pro-life Mexico City Policy, Western governments from Canada to Holland raised money not, as Uju puts it, “for food in Africa, not funds for water…and not funds that the Africans can use as they want,” such as for education. Instead, they’re attempting to raise billions of dollars “dedicated to the so-called safe abortions.”

We shouldn’t be surprised that the biggest anti-life groups, such as Planned Parenthood International and Marie Stopes International, are so eager to cut down on the number of African babies. Both were established on a platform of virulent racism. Planned Parenthood founder Margaret Sanger once wrote, “We do not want word to get out that we want to exterminate the Negro population.” Marie Stopes was an enthusiastic eugenicist whose goal was to decrease the number of babies born to so-called “inferior” races.

Is it any wonder that those who follow in their footsteps are determined to pressure African governments to legalize abortion?

You and I need to speak up and speak out—to our lawmakers, friends, and church groups about what the West is doing to Africa. And come to BreakPoint.org and I’ll link you to the Culture of Life Africa website—please share the articles there with others.

Africans are right to be angry with Western attempts to impose the Western love of abortion on them. We need to stand with them as they fight this battle, recognizing that every baby is precious in the eyes of God.