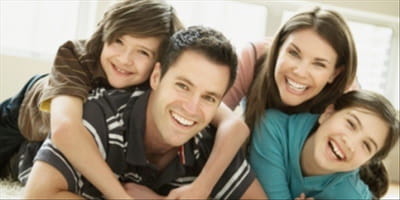 Over the last decade or so, scholars have been saying that households headed by homosexual or lesbian parents are not only as good as those of traditional, heterosexual parents, but that in some cases they are even better, in terms of outcomes for the children.

One researcher noted that “non-heterosexual” parents experience significantly better relationships with their children than do heterosexual ones on average, and that the kids in homosexual-headed families exhibited no differences in cognitive development, psychological adjustment or gender identity.

The prestigious American Psychological Association asserted, “Not a single study has found children of lesbian or gay parents to be disadvantaged in any significant respect relative to children of heterosexual parents.” Case closed then, right?

Hardly. Mark Regnerus is associate professor of sociology at the University of Texas at Austin. He thought the accepted data were suspect, partly because there were so few families actually studied and partly because the research subjects were usually self-selected, leading to bias.

So Regnerus and his colleagues set up the New Family Structures Study, in which they randomly screened over 15,000 Americans aged 18 to 39, asking them if their biological mother or father ever had a romantic relationship with a member of the same sex.

The study appears in the July issue of the Social Science Research journal. From this huge grouping the researchers came up with 248 young adults who fit the profile. And the study shows clearly that kids raised by parents involved in same-sex relationships do not fare as well as children from traditional homes.

“Such respondents,” Regnerus tells Slate, “were more apt to report being unemployed, less healthy, more depressed, more likely to have cheated on a spouse or partner, smoke more pot, had trouble with the law, and report … more sexual victimization.” And the list goes on and on.

This data demonstrates from the largest random sample yet collected that households with homosexual parents are frequently unstable. In fact, only two respondents reported living with the same same-sex parents their entire childhood.

Scripture teaches that only a mom and a dad offer kids the best opportunity for lasting stability, and absolutely nothing in this Regnerus study contradicts that conclusion.

So while we await further research about the impact of homosexual parenting on children, one of the best thing Christians can do is support and encourage healthy, stable families — especially our own.

And since this weekend is Father’s Day, I want you to know about a great resource to help us do just that: a new book by Gregory Slayton called Be a Better Dad Today!: 10 Tools Every Father Needs.

Chuck Colson contributed the foreword to this book and it was one of the last ones he endorsed before he died. For Chuck, being a good father was deeply, vitally important. As he explained, “In my visits to 800 prisons, I have seen what happens to many kids who have no dad.”

In Be a Better Dad Today!, Slayton provides practical “tools” to help dads identify, pursue and achieve a godly vision for their families. I’m a dad and I love the advice in this book.

This Father's Day weekend, you can hear my interviews with Jim Liske about the connection between dads and prison, and Gregory Slayton about this terrific new book. You can hear these interviews on “BreakPoint This Week.” I hope you’ll either tune in on radio or listen at BreakPoint.org. Just click on the “This Week” tab.