Tolkien, Eliot, and the Power of the Story: Don't Lecture, Inspire 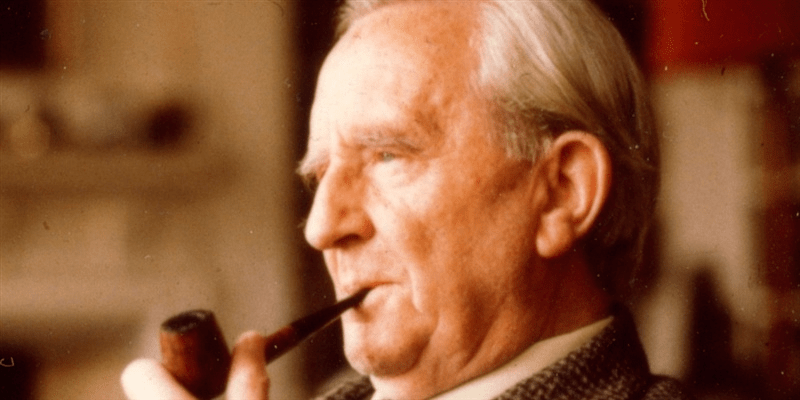 Tolkien, Eliot, and the Power of the Story: Don't Lecture, Inspire

Gather a group of 12-year-old boys, and begin to lecture them about the importance of duty, honor, perseverance, and friendship, and it probably won’t be long before their eyes glaze over.

However, what if instead of lecturing you begin your lesson this way: “There once was a tiny creature called a Hobbit, whose name was Frodo. He had hairy feet and a magic ring, and whenever he put that ring on his finger, he’d disappear. But each time he put the ring on, the Ring exercised a dark power over him . . .”

That story—the story at the heart of J. R. R. Tolkien’s “The Lord of the Rings”—would very likely mesmerize these boys, just as it has tens of millions of others before them.

And of course, along the way, the boys would learn about duty, honor, perseverance, and friendship. That, my friends, is the power of great stories.

But a good story alone isn’t good enough either. One reason that Tolkien remains popular is because his stories were about important ideas, ideas that stand the test of time.

The great musicologist Damon of Athens wrote more than 2,000 years ago: “Give me the songs of a people, and I care not who writes its laws.”  In our own time, the Christian musician and novelist Andrew Peterson says, “If you want someone to hear the truth, you should tell them the truth. But if you want someone to LOVE the truth, you should tell them a story.”

The idea that storytelling has power is, of course, no surprise to Christians. Storytelling was among Jesus’s primary communication tools. He told lots of stories. All the time.

These ideas come to mind today because January 3rd and 4th are auspicious dates in literary history, especially for Christians. J. R. R. Tolkien was born 125 years ago on Jan. 3, 1892. And January 4thmarks the 52nd anniversary of the death of poet T. S. Eliot.

Because of the success of the “Lord of the Rings,” Tolkien is better known today than Eliot, but Eliot stands shoulder to shoulder with Tolkien in terms of literary output and genius. Even if you don’t know Eliot’s poem “Hollow Men,” you’ve probably heard the last haunting lines: “This is the way the world ends/not with a bang but a whimper.” And most college students read Eliot’s melancholy poem “The Lovesong of J. Alfred Prufrock,” which perfectly captures the despair of modern man trying to make it through a broken world without God. That modern man was, in many ways, Eliot himself: isolated, spiritually lost, despairing.

But a decade or so after “Prufrock,” Eliot’s conversion to Christ transformed his life and his art, and he went on to write some of the most magnificent religious poetry in the English language, including “Ash Wednesday” and “The Four Quartets.”  Eliot’s work also for a time crossed over into pop culture: His book of whimsical verse, “Old Possum’s Book of Practical Cats,” became the smash-hit Broadway musical “Cats.”

Here at the Colson Center we often say that “politics is downstream from culture.” What we mean by that, at least in part, is that the great story-tellers and poets like Tolkien and Eliot often have more impact on our day-to-day lives than the politicians do, because great artists do something that great politicians rarely do:  They inspire us. They inspire us to see ourselves in a story’s hero, and to live lives marked by courage, generosity, love, and faithfulness.

One way Christians can impact culture is to simply share good stories with those around us. You may not be a Tolkien or an Eliot—but you can learn and recommend their works. And we have plenty of real-life stories to tell also, of Christian heroes like Wilberforce and Bonhoeffer, of incredible Christian conversions like Augustine and Colson, and of those Christian heroes of today who feed the hungry, clothe the naked, all while enduring hardships and persecution and finding joy in loving God and their neighbors.

And of course, we should share these stories because in the end, they, like all good stories do, ultimately will point our hearts and imaginations to the Greatest Story of All.