The Spirit of Adoption: Welcoming Children is at the Heart of the Gospel 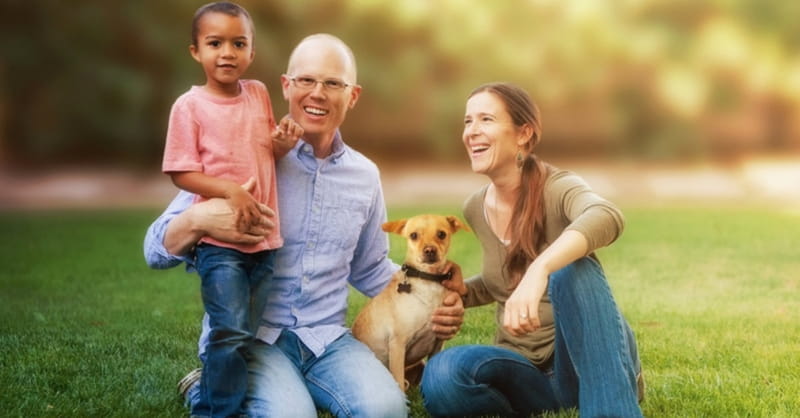 The Spirit of Adoption: Welcoming Children is at the Heart of the Gospel

It’s a beautiful story, and trust me on this: Grab your tissues before watching this video I’m about to describe to you. Miranda and Daniel Perry, already parents of a six-year-old girl, wanted to adopt another child. They were matched with a pregnant mother in Texas, and prepared to welcome their new son. But this Christian couple’s hopes were dashed when the little boy’s mother changed her mind, and decided to keep him.

That’s when the Perry family learned of an expecting mother who had attempted a medicinal abortion that failed. After speaking with her doctor, the woman decided not to go through with a surgical abortion but instead to put her little girl up for adoption. I won’t spoil the ending for you, but there was yet another twist in store for the Perry family before they could welcome little Lydia into their home.

Some friends of mine have produced a beautiful, inspiring video about Lydia’s story, and we’ll link you to it at BreakPoint.org. You’ll want to watch it, trust me. And you’ll want to share it too, especially as we mark the end of November, which is national adoption month.

We may not realize it, but abortion and adoption are correlated realities. Adoption provides a real and viable alternative to parents considering abortion. And pro-life views drive adoption. A 2013 Barna survey found that Christians are more than twice as likely as other Americans to adopt a child—which puts the lie to absurd charges that pro-lifers only care about babies before they’re born.

Maybe you and your spouse have thought about adoption. Maybe it’s been at the back of your minds and hearts for years, but you’ve just never acted on it. Let me encourage you: adoption isn’t just something consistent with the Christian worldview, or something that can save lives in our culture of death. It is, of course, both of those things but it’s also something that reflects the very heart of Christian theology.

The very best book of devotional theology I know of is J. I. Packer’s Knowing God. He spends ample time in that book on the concept of adoption, though not the adoption of children by human parents—rather, the divine act by which humans are adopted into God’s family.

We use the phrase “children of God” so often, it’s lost much of its power and mystery. But Packer writes that Christians are children of God in a unique way. Packer calls the concept of adoption the “highest privilege” of salvation—better even than being forgiven of sin!

You see, the Bible teaches that human beings are by nature outside of God’s family, born as what the New Testament calls “children of wrath.” We have no claim to the mercies of God, and yet He chooses to adopt us—to welcome us into His household where we have the privilege and the right, alongside His Son, Jesus Christ, to inherit all good things.

“In adoption,” writes Packer, “God takes us into his family and fellowship—he establishes us as his children and heirs. Closeness, affection and generosity are at the heart of the relationship. To be right with God the Judge is a great thing, but to be loved and cared for by God the Father is greater.”

In Romans 8, the Apostle Paul beautifully writes that those who are led by the Spirit of God are “children of God,” having received the “Spirit of adoption as sons, by whom we cry, ‘Abba! Father!’”

What all of this means is that Christian parents like Miranda and Daniel Perry aren’t just doing a good thing by adopting. They’re acting out the Gospel itself, bringing children who may be outside the household of faith into the warmth of God’s family. It’s through adoption that little ones like Lydia not only experience what it is to have an earthly mom and dad, but also have an early picture of what it means to have a Heavenly Father.

Again, come to BreakPoint.org, click on this commentary, and we’ll link you to this incredible video. And please, share it widely.