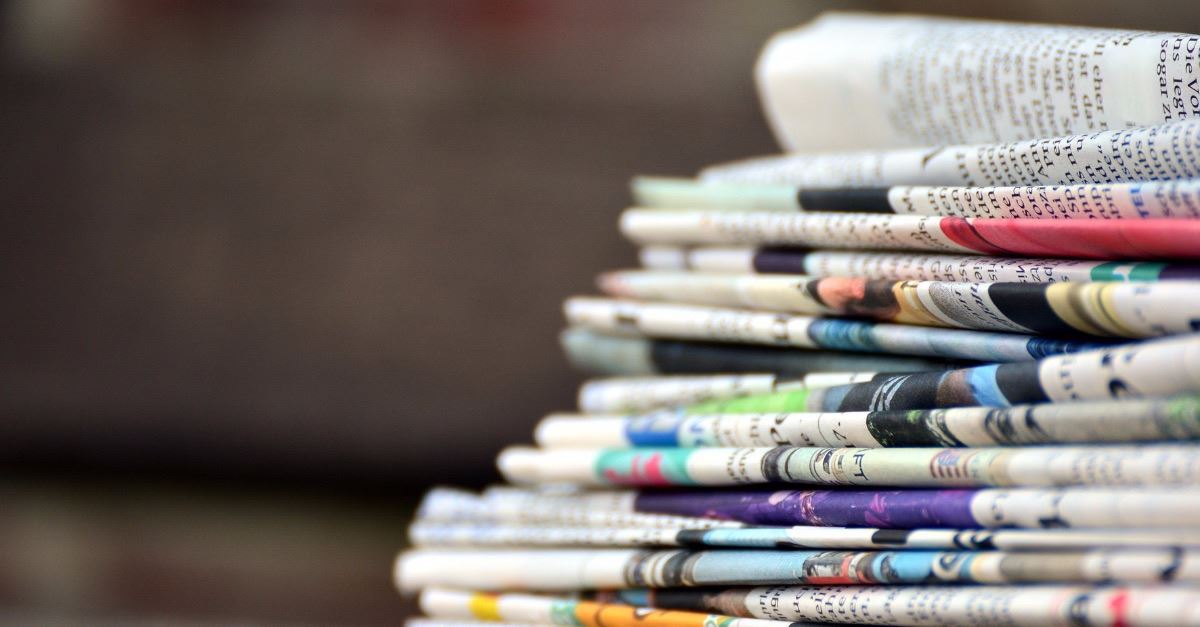 No one at Twitter, Buzzfeed, or the Washington Post got gum stuck in their hair, or fell into a mud puddle or got stuck with lima beans for dinner –at least as far as I know. But, still, last week wasn’t great for the American news media.

First, there was that breathless meltdown over Second Lady Karen Pence, or as The New York Times put it, “Karen Pence Is Teaching at Christian School That Bars L.G.B.T. Students and Teachers.”  One CNN commentator wrote that even if the school has “a right to its brand of hate,” her teaching there is “deplorable” and the school’s conviction about sex and marriage is “disgusting.”

What they should’ve called it was “Christian.” Either these journalists don’t know, or don’t care to know, that thousands of Christian schools expect their students and employees to behave in a way that complies with biblical morality, not to mention most Christians cling, still, to a biblical vision of male and female.

The Karen Pence story was quickly followed by a sensational article on BuzzFeed that claimed, citing sources from inside the Mueller investigation, to have that smoking gun on Russian collusion. That’s all it took for countless other media outlets to predict the imminent end of the Trump Administration.

The only problem was the response from Robert Mueller’s office, and I quote: “BuzzFeed’s description of specific statements to the special counsel’s office, and characterization of documents and testimony … regarding Michael Cohen’s congressional testimony are not accurate…”

Let’s review for a moment: so far we have misrepresentation, ignorance, just flat out getting it wrong… all this by Thursday.

And then there was the annual refusal by the media to cover the March for Life, even as the internally collapsing Women’s March made headlines. Until of course, two events emerged that were used to paint the March for Life in a bad light.

First, Ben Shapiro said, at the March for Life, that the “The truth is that no pro-life person on earth would kill baby Hitler.”  “Boom!” went the Twitterverse, with condemnations, profanities, and the loss of sponsorships for Shapiro.

It’s impossible to miss what Shapiro was saying, unless you see only that quote. And it’s impossible to release only that quote, unless you’re trying to manufacture outrage. Even including an additional 30 seconds takes his comments from shocking to non-controversial. Not to mention, if you know that Shapiro was responding to the very dark pro-abortion argument that abortion reduces crime—think about that one for a second—and you know how hard some in the media worked to not tell the whole story.

And then, of course, was the biggest story of the week. Every newsfeed on the planet was full of outrage Saturday morning, given what appeared to be the disrespectful and aggressive treatment of an elderly Native American activist by a group of Catholic high school boys wearing MAGA hats.

It didn’t take long for the school, the school’s diocese and every single media outlet in the country to “condemn” the boys’ actions. The Twitter trial was fast and furious, with the vitriol including threats of physical violence and even murder.

But then, a fuller picture emerged. Video evidence showed a third group called the “Hebrew Israelites” screaming filth at both the boys and the Native Americans. The Native American activists weren’t ‘surrounded’ by the boys but actually walked directly into their midst beating a drum. And no video revealed the boys chanted “Build the Wall!” although they were not as respectful as they should have been.

To their credit, the New York Times and other outlets have since published a more comprehensive version of those events. Julie Irwin Zimmerman, in the Atlantic, said what a lot more journalists and Twitter users should have said, “Next time there’s a viral story, I’ll wait for more facts to emerge.”

That’s sage advice, not only for journalists and media outlets but also for all of us, especially Christians living in this media moment. Look at different sources, ask questions, and wait for the facts before reaching conclusions, and certainly before reposting outrage on social media. And if the facts aren’t clear, don’t weigh in.

But there’s another and more important piece of advice: We need to make sure we’re growing in a Christian worldview. This will improve our “sniff test.” If our daily diet is only political outrage, if the only thing forming our perspective is the 24-hour gotcha news cycle (whether on the right or the left), we’ll be co-opted in the “gotcha” style reactionism that dominates our current cultural discourse.

All of this is why I love WORLD Magazine, and why the Colson Center is offering a one-year subscription to this terrific news source, which includes access to their online reporting and articles too. All this for a donation this month to the Colson Center. Sign up for this offer at BreakPoint.org.