The Knowledge Lost in Information: Truth and Wisdom in a Digital Age 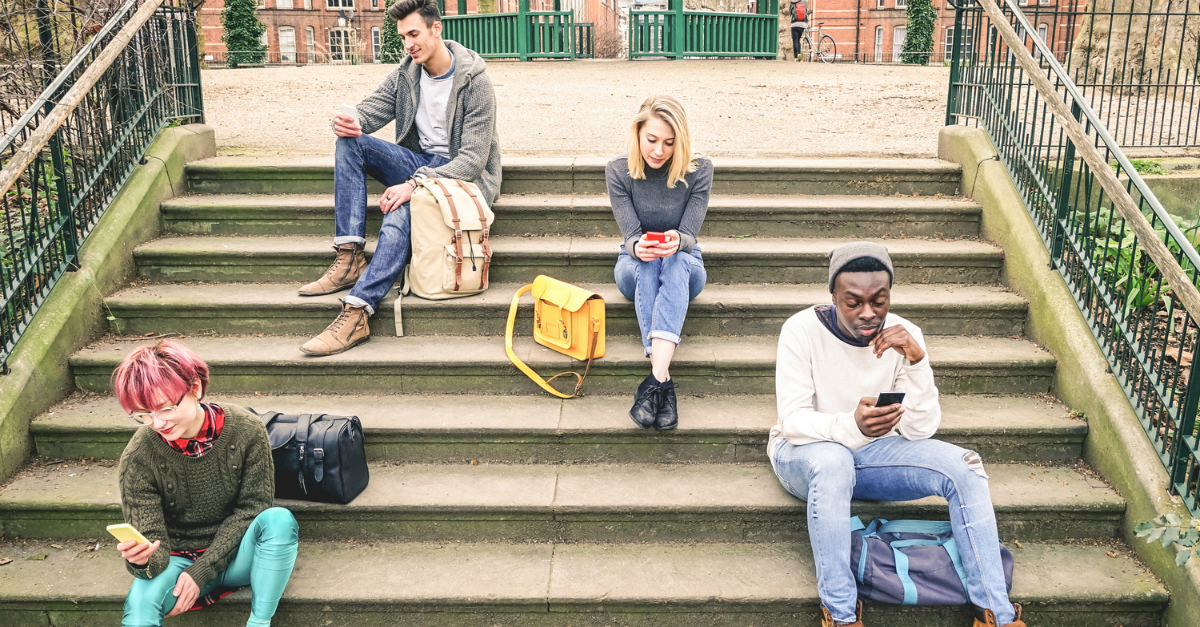 The Knowledge Lost in Information: Truth and Wisdom in a Digital Age

Every single day, approximately 500 million tweets are tweeted, 4 million hours of video is added to YouTube, and 4.3 billion Facebook messages are posted. If a single person were to view all the information uploaded to the Internet just in the last 24 hours, it would take longer than the span of recorded human history.

The mistake is assuming that a deluge of information means that we are better informed. Not at all. In fact, a new report by Pew Research found that what they called “extremely online people,” meaning those who rely primarily on social media for their political news, are among the least-informed and most easily-deceived groups in America.

Reason.com described these findings this way: “Analyzing polls conducted from October of last year through June 2020…Pew found that just 8% of U.S. adults who get most of their political news from social media say they are following news about the 2020 election ‘very closely,’ compared with roughly four times as many among those who turn mostly to cable news (37%) and print (33%).” The Pew study also confirmed these self-reports. When evaluated on their current political knowledge, those who turned to social media for news scored lower than any other group, except those who relied mainly on local TV. Those who relied on a variety of sources, including news websites, cable and print news scored highest.

Interestingly, exclusive Facebook and Twitter users did score higher in their knowledge of conspiracy theories, such as 5G causes coronavirus or Bill Gates planning to inject people with tracking microchips. In other words, what someone finds illuminating vs. Illuminati largely depends on the amount of time they spend on social media.

How is it possible that, in an age when the answer to almost any question is only a few taps or keystrokes away, the least informed are those who do the most tapping and typing?  As Eliot suggests, we’ve confused information with knowledge, and knowledge with wisdom.

Unfortunately, shouting the truth more loudly or posting in all caps on social media is rarely an effective response. In fact, Christians who see their job as primarily telling the truth, rather than engaging people with the truth, are often just lost voices among all the noise. I’m painfully aware that, even with my own children, I am but one stop on the information bus of their day… and there are a lot of stops.

For example, it’s far too common for parents to find the faith or moral convictions of their students derailed by anti-Christian claims and pseudo-arguments that are just, well, silly. I mean by claims any apologist or theologian or coherent thinker could debunk in minutes. The answers are there, but they are convinced by a particular set of voices and they’re not hearing the others. Even more often, however, students are just preoccupied with digital diversions that replaced any hunger for finding truth with what Aldous Huxley called an “appetite for distraction.”

These students, like all those identified by Pew as being “very online,” need more information like a drowning man needs more water. The only real antidote, as Brett Kunkle and I describe in the book A Practical Guide to Culture, is discernment, an ability to sort through the excess of information,  to identify what is true and good, and then to choose according to wisdom.

Of course, Developing discernment is a lifelong process but can begin with a few very simple but careful questions: “What is meant by this?” “Is this true?” “How does the Bible speak to this?” “Will God be honored?” “Will the image of God be respected?” “Is this source trustworthy?” “Is this intended for my good?” and “Is this helping love and care about the right things?”

We identify a series of useful questions for parents and offer other strategies for developing discernment in A Practical Guide to Culture and the new Student’s Guide to Culture. And to be clear, though I thank Pew for the revealing survey, discernment is about more than being better-informed voters. It’s about keeping our heads above water in an age drowning us with information so we can be people of truth, wisdom, and love.