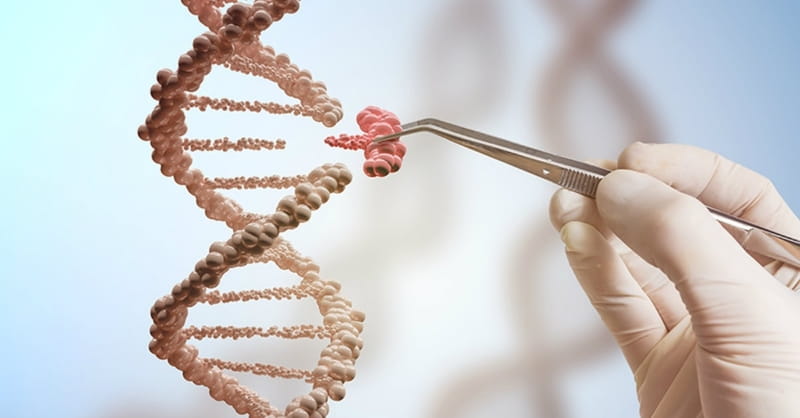 In late July, the MIT Technology Review published news many of us have been dreading: A team of scientists at Oregon Health and Sciences University have successfully created genetically-modified human embryos.

This is an early step, to borrow a headline from the Technology Review, toward “engineering the perfect baby.” It’s an early step in creating a parental arms race in which people with resources scramble to create their vision of the “perfect baby,” with, potentially, the eye color, intelligence, and other traits they desire.

And it’s an early step in playing God with human genetics, one that could very well place humanity on intimate terms with the Devil.

Using a technology known as CRISPR, which enables scientists to edit the genome of anything from bacteria to humans, the researchers “[changed] the DNA of a large number of one-cell embryos” in a way that demonstrated “that it is possible to safely and efficiently correct defective genes that cause inherited diseases.”

Now that last part about “genes that cause inherited diseases” should sound familiar. Because every step down the modern biotechnology slippery slope has been justified in similar terms: as a way to alleviate human suffering. Thus, anyone who objects or even expresses misgivings about proposed innovations is forced to defend himself against charges of indifference to human suffering.

The problem is, of course, that the slide down the slope never stops at alleviating suffering. At the very least, the definition of “suffering” is changed to include whole classes of people who were not even envisioned when the justification was first offered. The classic example of this is euthanasia which has spread from the terminally ill to the hopelessly ill to those who are merely tired of living.

Likewise, no one should believe for a moment that this technology, if perfected, will be limited to, as the National Academy of Sciences has recommended, the “elimination of serious diseases.” Only someone who hasn’t been paying attention would expect the NAS’s “red line” against “genetic enhancements” to be honored.

All it takes is one scientist who decides, as the saying goes, that it’s easier to ask for forgiveness than permission, and the parental arms race will be on, if not in the U. S. then somewhere else.

And mind you, it’s not only us culturally-nervous Christians who are disturbed by what CRISPR and germ-line editing portend. In early 2016, the Obama administration’s Director of National Intelligence, Lt. General James Clapper, listed gene-editing technologies like CRISPR as a potential “weapon of mass destruction.”

In his report, Clapper warned that the technology’s “deliberate or unintentional misuse might lead to far-reaching economic and national security implications.”

And the report continued, “Research in genome editing conducted by countries with different regulatory or ethical standards than those of Western countries probably increases the risk of the creation of potentially harmful biological agents or products.”

But as Robert Gebelhoff of the Washington Post has pointed out, there really isn’t much difference between the kind of genetic engineering that took place in Oregon and the eugenics that Clapper warned us about.

For starters, both involve a distinction between “desirable” and “undesirable” traits. While in some cases “undesirable” will seem obvious, in most cases the criteria will “be determined by a worldview that prizes physical perfection above all, only considers temporal criteria of value, and uses some image bearers as tools while eliminating others.”

Christians can neither be indifferent to human suffering, nor to the lessons of history. Even if this technology isn’t a national security threat, it’s still a threat to something even more important: human dignity.