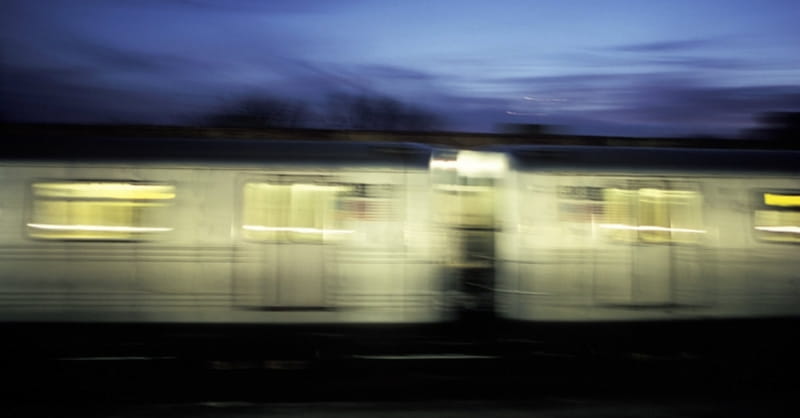 On August 21, 2015, a high-speed train left Brussels bound for Paris. Among the more than 500 passengers was a 25-year-old Moroccan man named Ayoub El Khazzani.

Shortly after the train entered France, he emerged from the bathroom armed with an assault rifle and 270 rounds of ammunition, intent on perpetrating another terrorist massacre.

After throwing one passenger to the floor and shooting another, he entered a compartment containing three life-long friends from Sacramento: Spencer Stone, Anthony Sadler, and Alek Skarlatos.

You probably know what happened next: Skarlatos yelled “Get him,” and the three friends charged the gunman and subdued him. In the process, Stone, who was an Air Force medic, was stabbed several times. But despite his injuries, he treated the passenger who had been shot, placing his fingers into the man’s wound and pressing on an artery, which stopped the bleeding.

Now you may remember hearing about this story. But what you may not know is the role that the Christian faith played in it. Thanks to Clint Eastwood’s new film, “The 15:17 to Paris,” that part of the story will get the attention it deserves.

The film opens today with the tag line “In the face of fear ordinary people can do the extraordinary.” The audience, of course, already knows what the “extraordinary” is, so Eastwood sets out to boldly tell “how” and “why” Stone, Skarlatos, and Sadler did what they did. In his words, their story “is all about faith and how you handle it.”

His first, and perhaps boldest move was to cast the trio of heroes as themselves in the movie. After considering many good actors to play the role, Eastwood said that there was just something about the men that prompted him to ask if they could play themselves.

Eastwood’s second bold move was to tell their story before what happened August 15, 2015, and what led up to their decision that day to run into harm’s way when others were running away from it.

Shaping their story is faith, starting with the day that they met at Freedom Christian School in Fair Oaks, California. What the men learned as boys from church, including what Sadler learned from his own father’s sermons, is portrayed as directly influencing their decisions on that fateful August day.

What’s more, their belief that it wasn’t an accident they were on the train but was in fulfillment of God’s purposes, is expressed in the film in both word and actions. As Skarlatos put it, “it was as if we were training our whole lives for that moment and didn’t know it.”

Part of the training was the games they played as children: “politically incorrect” toys that shot plastic pellets and turned the neighborhood, in the words of Skarlatos’ brother, “into a war zone.”

For Stone and Skarlatos, war ceased being a game when they joined the Air Force and the Oregon National Guard, respectively. What they learned in the military prepared them for the very special task that God had waiting for them.

And that’s ultimately what “The 15:17 to Paris” is about: three Christians whose faith allowed them to see that, to borrow from the book of Esther, they were placed on that train “for such a time as this.” In Stone’s words, they were “owning the life they had been given by God.”

To put it mildly, this is not the kind of message typical of a major Hollywood studio release. But I, for one, am grateful for it, and to the Warner Brothers studio and director Clint Eastwood for not burying the detail that most explains what happened on the 15:17 train to Paris.

Of course, one way for us to say thanks, and to encourage future films like it, is to buy a ticket and go see it.

The movie is rated PG-13 for “bloody images, violence, some suggestive material, drug references and language.”

If you come to BreakPoint.org, we’ll link you to the trailer.