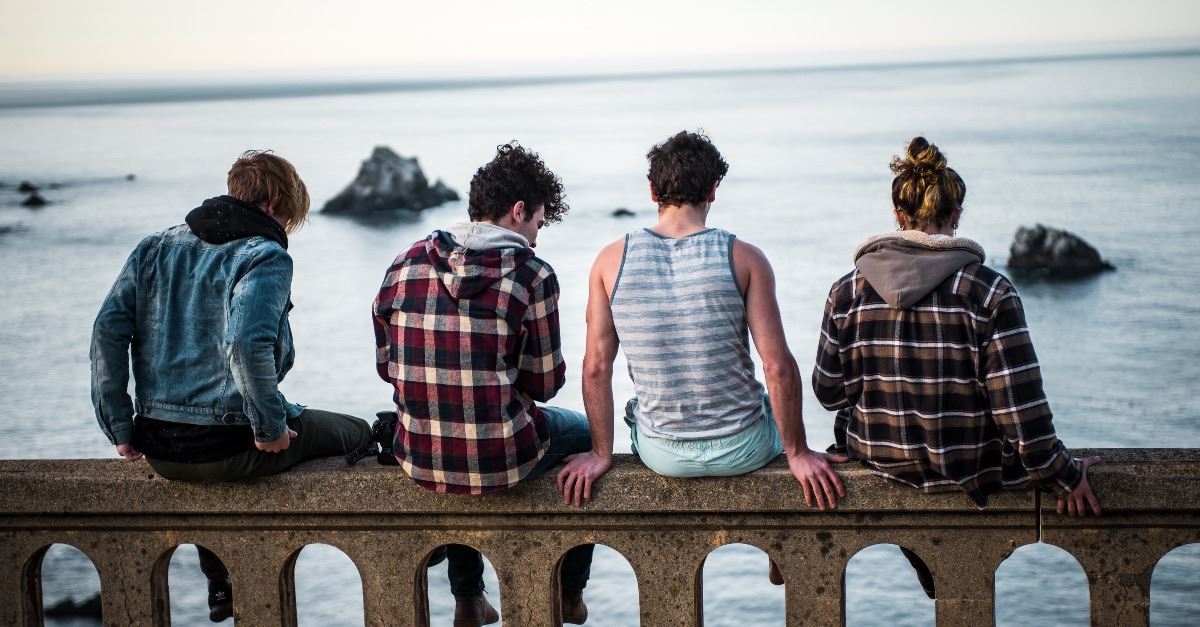 Millennials have a pretty bad reputation these days. Some of it’s undeserved, of course, but there are also plenty of stories of perpetual adolescence, entitlement, and refusing to take on the responsibilities of adulthood.

That description may be true of many young people today, but it’s usually not true of graduates of Summit Ministries, graduates like Haley Halverson.

Haley is the Vice-President of Advocacy and Outreach at the National Center on Sexual Exploitation.  This 25-year-old dynamo develops and executes national campaigns to change policies and raise awareness related to child exploitation and human trafficking.

A list of her accomplishments would have us here all day, but here are a few:  She is a member of the Washington, D.C, Mayor’s Advisory Committee on Child Abuse and Neglect. She regularly speaks and writes on topics including child sexual abuse, sex trafficking, prostitution, sexual objectification, and more. Her articles have appeared in the Washington Post, the Huffington Post, and other publications, and she’s been quoted or appeared in dozens of other media outlets, including the New York Times, NBC’s The Today Show, and USA Today.

The message that drives her work is clear and distinctly Christian: Because all humans have dignity, even the least among us, justice demands that we do everything in our power to protect them.

Where did Haley Halverson learn these ideas? How did she develop this passion for serving others?

If you ask her, she will say that one of the formative experiences in her life was the two-weeks she spent at Summit Ministries in Manitou Springs, Colorado back in 2010, just before her senior year in high school.

“The most powerful thing that Summit taught me,” she told my colleague Warren Smith, “is that ideas have consequences.” She said learning that simple phrase was a life-changer for her.

“It directly correlates to my work combatting all forms of sexual exploitation,” she explained. “Because at the National Center on Sexual Exploitation we not only address sex trafficking and sexual violence, but we also address forms of sexual abuse and harm that our culture often fails to acknowledge, such as prostitution, pornography, and even sexual objectification in company advertisements or magazines.”

Haley’s training at Summit allowed her to “connect the dots” between ideas and actions. As she told Warren Smith, “All of these forms of sexual exploitation stem from the ideas that someone can use another person as an object, or that someone is entitled to cross another’s sexual boundaries. Summit taught me to think critically about the core ideas or worldviews that motivate both actions and policies, and that’s a lesson for which I’ll always be grateful.”

I’ve got to admit that I’m not objective about Summit. Before coming to the Colson Center, I helped lead Summit’s summer programs, and I still speak there every summer.  I hear stories like Haley Halvorson’s all the time. For example, Lila Rose, a recent guest on our podcast who is, according to the Atlantic, “leading the millennial pro-life movement,” is a Summit grad. Federal prosecutor Brian Skaret, who led a team of prosecutors that put away dozens of gang members that terrorized the border town of Juarez, Mexico, is also a Summit grad who points to his two-week experience as among the most formative in his life as well.

Summit has been shaping students for more than 50 years. Tens of thousands of young people like Haley and Lila and Brian have been through Summit’s two-week worldview training. Today, they’re making a difference in the world.

The process often starts with a mom, dad, grandparent, or mentor seeing a trip to the Summit as an investment in the future. Haley said she had never heard of Summit until her parents brought the idea to her.

So if you’d like to make a lasting investment in the future of a student, aged 16 and up, send them to a Summit Ministries two-week conference. Chuck Colson called it the “gold standard” for training young people in worldview.

Conferences are being held in Colorado, Tennessee, and Pennsylvania this summer. Learn more at Summit.org. Or come to BreakPoint.org and click on this commentary. We’ll link you to Summit.