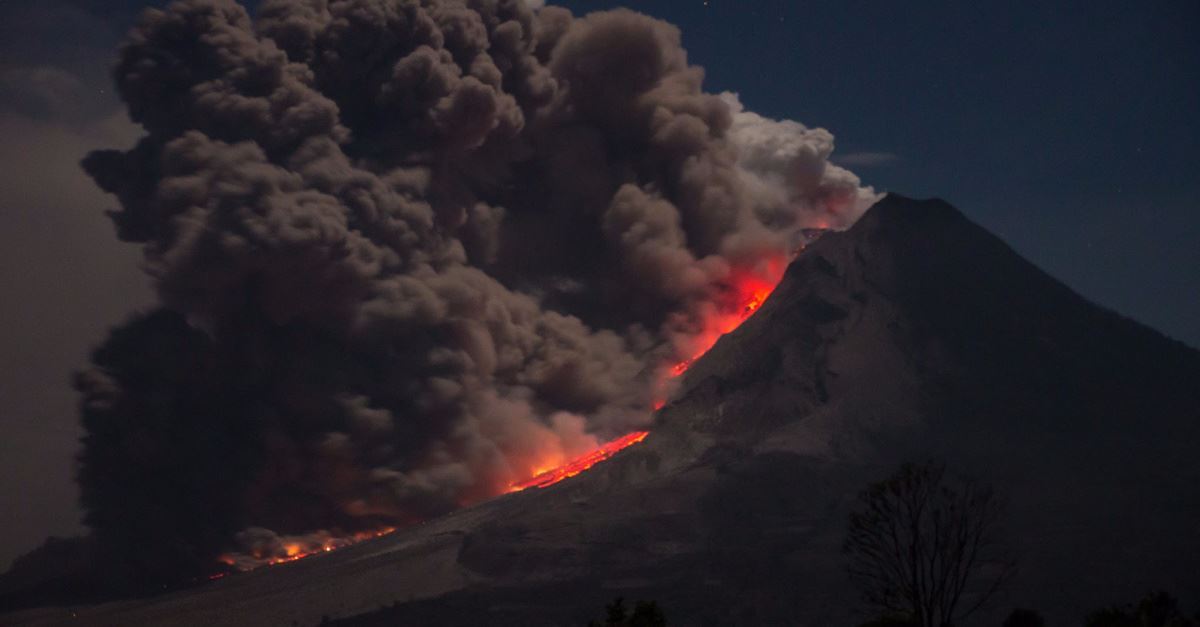 Philosopher John Gray started his 2007 book “Black Mass” with this declaration: “Modern politics is a chapter in the history of religion.” Now, Gray is an atheist, but he realized that so much of modern politics is an attempt to re-inspire a world originally inspired by religion, especially Christianity.

Gray specifically pointed to the political “utopian projects,” like Marxism and Nazism, that came with an eschatological promise of a perfected world, just like Christian theology.

But even beyond Marx and Hitler, Gray considered any political project that aspired to “an all-encompassing transformation of human life,” including the Enlightenment belief in progress, to be a “secular reincarnation of early Christian beliefs.”

Today, secular political discourse includes not only utopian substitutes of the New Heaven and New Earth, but also secular versions of the Apocalypse. Just consider the tenor of our current debates around climate change and the environment.

For example, the new book by Bill McKibben, entitled “Falter: Has the Human Game Begun to Play Itself Out?” comes across like a “Sinners in the Hand of an Angry God” for climate-change activists. The excerpt just published in Rolling Stone magazine brings to mind certain visions that Jesus gave John on the island of Patmos.

In McKibben’s first scenario, the oceans warm to the point that by 2100, “it stops oxygen production by phyto-plankton by disrupting the process of photosynthesis’” which, he says, would likely result in the “mass mortality of animals and humans.”

The boiling seas scenario is just one of his apocalyptic horsemen. Others ways that world could end by rising temperatures include melting glaciers and permafrost that unleash “Spanish flu virus, smallpox, and bubonic plague buried in Siberia and Alaska.”

Of course, no apocalyptic scenario is complete without earthquakes and famine, so McKibben tells us that as “ice sheets melt, they take [the] weight off [the] land, and that can trigger earthquakes.”  In addition, the added weight of the new seawater starts to bend the Earth’s crust. ‘That will give you a massive increase in volcanic activity. It’ll activate faults to create earthquakes, submarine landslides, tsunamis, the whole lot.’”

Meanwhile back on land, increasing global temperatures could bring to a halt all the gains in agricultural productivity we’ve had since the end of World War II. Even if crop yields aren’t affected that much by all the catastrophe, climate change could still affect our ability to transport what we’re still able to grow.

Now it may sound like I’m mocking McKibben, but I’m not. At least not entirely. While many of his scenarios are far-fetched, and filled with the sort of “mights,” “mays,” and “could haves” we’ve be hearing for a very long time, no one, least of all Christians, should be indifferent to the human impact on the environment.

Throughout “Falter,” McKibben uses the language of sin and punishment, judgment and condemnation. The sins are against “nature” or “the planet” instead of God, but the argument is the same: “Be careful to obey all these words that I command you, that it may go well with you and with your children after you forever.”

Failure to do so risks not only punishment but permanent exile, i.e., extinction.

I’m also struck by how people can be more open to “secular reincarnations of Christian beliefs” than they are to the real thing. If you talk about Christ’s coming again in glory to judge the living and the dead to readers of Rolling Stone, eyes will roll. Talk about climate change causing human extinction, and we’ll demand immediate action.

It turns out John Gray was right, but I’d say modern politics isn’t just a “chapter in” the history of religion. Often it’s a parody of it.