Should Christians Cremate or Bury Their Dead? 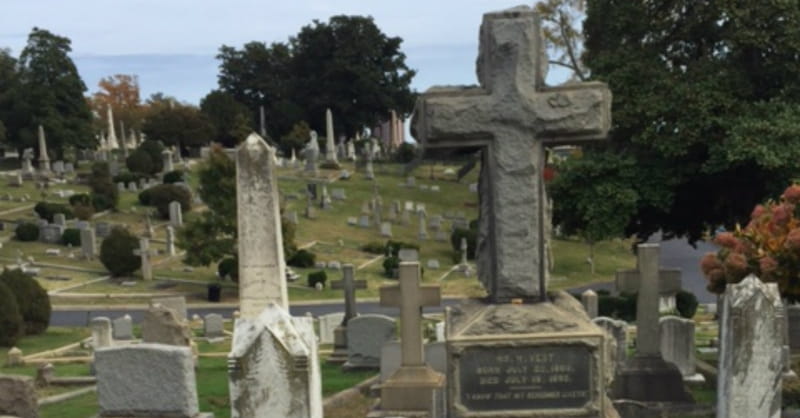 Should Christians Cremate or Bury Their Dead?

Nearly nine years ago, Chuck Colson told BreakPoint listeners about a company in Virginia that “for as little as $4500,” would place your loved one’s ashes in a “bio-degradable urn” and bury these ashes alongside a tree.
What made the company’s offering more than just another expensive burial plot was what happened afterwards. The ad said, “As the urn decomposes, you ‘will become one’ with your ‘personal’ tree.” As Chuck noted at the time, “since up to 15 family members can be ‘become one’ with a particular tree, the concept of a ‘family tree’ will take on a whole new meaning.”
While the idea appealed to a certain post-Christian, Gaia-worshipping sensibility, $4,500 was a lot of money. So a company trying to raise money on Kickstarter is now offering to do it for less than $500.
The way it works is that you first select what kind of tree you want your loved one or pet to be in the afterlife: beech, ash, ginkgo, or pine. You then place their cremated ashes in their biodegradable “bio-urn,” and, in turn, place the bio-urn in their new “Incube,” a high-tech planter’s pot.
The pot uses sensors to ensure that the tree inside the bio-urn gets enough sun, water, and everything else it needs. There’s even an app to help you monitor your loved one’s progress in making successful transition to what the company calls “life after life.”
This is the kind of thing that doesn’t so much beg to be parodied as it is a self-parody. But the silliness of “be the tree” and smartphone-controlled “life after life” should not blind us to the worldview issues raised by these products and services.
As Chuck said back in 2007, “this idea could be possible only in a post-Christian culture.” As he pointed out, “Christianity has traditionally regarded cremation with—at best—some suspicion.”
This suspicion goes back to the early Church. It was pagans who burned their dead, a practice that the early Church saw as consistent with “the pagan denial of Christian beliefs about the afterlife, especially the belief in the resurrection of the dead.”
“In contrast,” Chuck told listeners, “Christians buried their dead. Christian teaching about Jesus’ incarnation and resurrection led them to treat the human body with respect.” It’s why the vast majority of the artwork in the catacombs depicted Christ’s resurrection or Old Testament types, especially Jonah and the great fish.
The word Christians used for the place where they buried their dead was koimeterion, the Greek word for “bedroom” and “resting place,” from which we get “cemetery.” Thus even our language reflects Christian ideas about death and burial.
Given the popularity and the Church’s growing acceptance of cremation these days, it didn’t surprise us that some Christians didn’t take kindly to Chuck’s pointing out Christianity’s traditional misgivings with cremation. They insisted that their motives were pure, which, of course, Chuck didn’t call into question in the first place. Neither do I. I am not criticizing any believer’s choice for cremation.
But what Chuck did call into question was the non-Christian ideas about death and burial that make “being the tree” possible in the first place. It was an example of how “post-Christian societies can drift backwards toward paganism without even being aware of it.”
Once, members of western society aspired to, in the words of the Westminster Shorter Catechism, “glorify God and enjoy him forever.” And our treatment of our loved one’s remains reflected our anticipation of resurrected life. Now, too many in our society aspire to little more than spending the afterlife as a pine tree, which leaves us, as Chuck said, truly lost in the woods.