Saudi Arabia and the Politics of Famine: The Death of the Yemenis 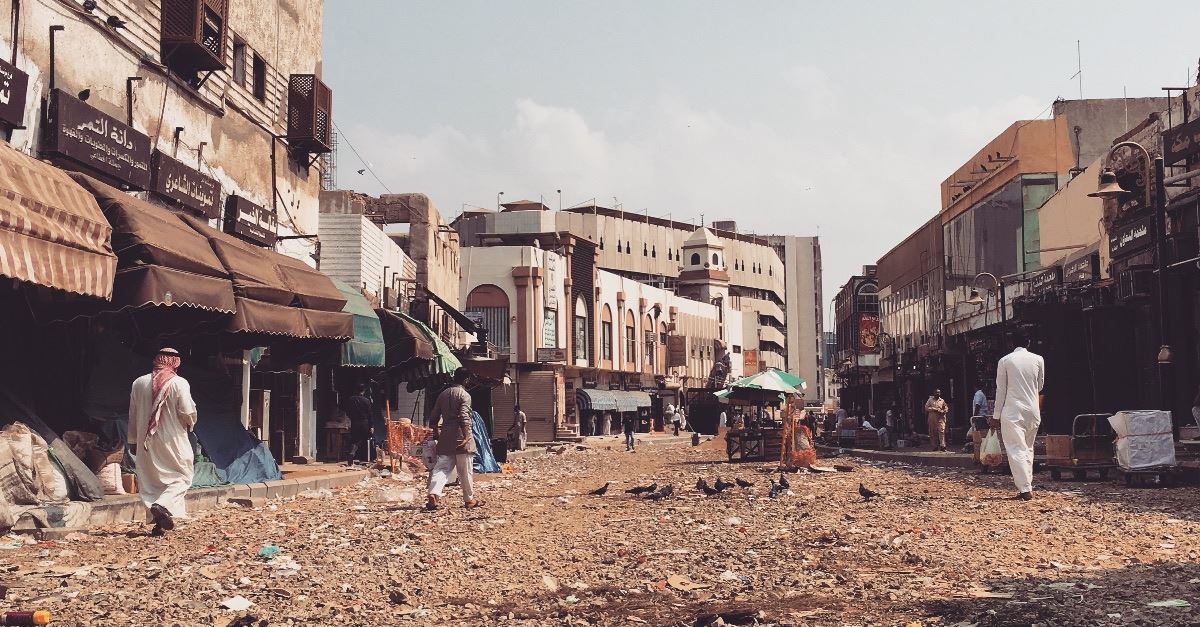 Saudi Arabia and the Politics of Famine: The Death of the Yemenis

A humanitarian crisis unlike any we’ve seen in decades is unfolding in Yemen. And it’s being caused by an “ally” of the U.S.

The assassination of journalist Jamal Khashoggi has shone a spotlight on the brutality of the Saudi regime. In particular, it has caused people to revisit their high opinion of Crown Prince Mohammed bin Salman, also known as “MbS.”

But as bad as the assassination of Khashoggi was, there’s a much greater reason for the world, and especially the United States, to rethink its relationship with the House of Saud: I’m talking specifically about eight million Yemenis who are waiting to perish from starvation or some less-humane fate.

In 2015, Saudi Arabia intervened in what, until then, had been your standard-issue civil war.

What drove the Saudis was the role of the Houthis, a group MbS and others viewed as an Iranian proxy. As my friend Roberto Rivera pointed out a year ago, reality isn’t that tidy. While most Houthis are Shia Muslims like the Iranians, not all Houthis are.

But even if their ties with Iran were as close as the Saudis believe, it wouldn’t come close to justifying what is being done to the people of Yemen. Since 2015, the Saudis and their allies have “bombarded Yemen’s cities, blockaded Yemen’s ports, and prevented humanitarian aid from reaching millions in need.”

Their targets have included “schools, hospitals, homes, markets, factories, roads, farms, and even historical sites.” As a result, “tens of thousands of civilians, including thousands of children, have been killed or maimed by Saudi airstrikes.”

That’s the “red horse.” The “pale horse” is cholera, which has infected an estimated 1.2 million and killed more than 2,500.

Then there’s the “black horse,” famine. As I said at the top, eight million Yemenis are at risk for starvation. As the Financial Times put it a year ago, “without a change of heart [on the Saudis’ part], Yemenis will starve on a scale the 21st century has yet to see.”

As Nobel Laureate Amartya Sen and philosopher John Gray have argued, famine in the modern world is inextricably tied to politics. It’s not a lack of food. According to a 2017 Johns Hopkins study, the amount of food Americans waste every year alone could easily feed 250 million people.

What turns a bad harvest into a humanitarian catastrophe is the actions of governments—when hunger is deployed as a weapon of war, as in the Soviet Union in the 1930s and in Ethiopia in the 1980s.

And in Yemen today.

Making matters worse is American complicity in the suffering of the Yemeni people. The United States has supported the Saudi-led coalition with intelligence sharing, logistical support, and facilitating billions of dollars in arms sales, including a laser-guided bomb that killed forty children on a school bus in August.

While the administration announced it would no longer provide in-flight air refueling, this will “likely have little impact on Saudi capabilities,” according to the Military Times.

So what can the average American Christian do? A lot, actually. First, we pray for those who are suffering. Then we can demand that our government lean on the Saudis, who need the U.S. more than we need them, to allow relief supplies to enter the country without impediment. And we can support efforts in Congress to pull the plug on fueling the Saudis’ war against Yemeni civilians.

Before I go today, I want to tell you what an enormous privilege it has been for me to be one of the voices of BreakPoint since the passing of Chuck Colson in 2012. This ministry is growing and expanding, just as I hoped it would.  I love the Colson Center and BreakPoint. Their work is so important. If BreakPoint has brought the clarity you need to make sense of the culture, and if you appreciate the distinctly Christian worldview take that we bring to the stories of our culture, please pray for this ministry. And please, give generously to The Colson Center and its BreakPoint ministry at BreakPoint.org.

For BreakPoint, and until we meet again, I’m Eric Metaxas.