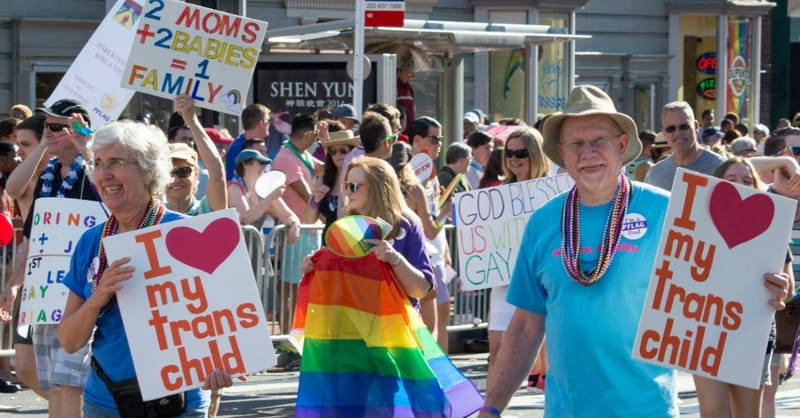 What do you do, as a Christian, when someone cites a “scientific study” allegedly proving that transgender kids do well with hormone therapy and sex reassignment surgery? Well, you’ve got to ask questions.

That’s certainly the right strategy for a  new $5.7 million study just commissioned by the National Institutes of Health.

Writing at Public Discourse, Jane Robbins and Erin Tuttle predict that this study, once completed, will become the go-to evidence for supporters of so-called “affirmation therapy.” In other words, it will be used to support chemically and surgically altering the developing and healthy bodies of children, to make them look like those of the opposite sex.

The study’s methodology, authors, and stated purpose all make it clear that it’s crafted to produce a predetermined conclusion: that “transgender affirmation therapy is safe and effective for gender-dysphoric youngsters.” The study’s authors all but admit this, writing in their abstract that their goal is “to use cross-sex hormones in order to induce development of desired secondary sexual characteristics that bring the body into closer alignment with the youth’s internal sense of gender.”

Notice the appropriateness of altering a child’s body to harmonize with his or her preferred gender is just assumed; it’s not evaluated. And this assumption is destructive, even sometimes deadly.

Let’s be clear about what “affirmation therapy” really means: Children are given high doses of puberty-suppressing drugs. Doctors then flood their systems with testosterone or estrogen to induce the formation of opposite-sex characteristics like breasts in males and facial hair in females. Some patients, partway through this process, will undergo “sex-reassignment surgery” in which their internal and even external genitals are removed or remodeled.

This so-called “treatment” will render them infertile for life and can create a host of side-effects, like cancer, infections, gallbladder diseases, and spikes in blood pressure. There is also no long-term research on how these high doses of hormones affect bodies in the long run—bodies that weren’t designed to handle them in the first place.

There is, however, abundant data on the psychological damage of medically “transitioning.” One study from Great Britain found that 20 percent of patients who’d undergone this procedure regretted it. Walt Heyer, a man who formerly lived as a transgender woman and now identifies with his biological sex once again, thinks that’s a serious underestimation.

He cites research showing that 41 percent of post-operative patients attempt suicide, 90 percent have a “significant form of psychopathology,” and half have depressive symptoms.

The NIH is apparently ignoring all this, and it’s clear even at this early stage that they’ve got a conclusion in search of an argument. All four of the doctors and clinics selected to conduct the research are deeply invested in transgender ideology. Two already conduct irreversible hormonal transitions, sometimes on children as young as 14 years old. And one calls therapies aimed at reconciling kids with their biological sex “dangerous.”

But what’s truly dangerous is that this deeply unscientific project will not only harm the children involved, it’s largely unnecessary. Robbins and Tuttle cite research showing that 80 to 90 percent of gender dysphoric children will accept their biological sex by late adolescence. In other words, they often grow out of it.

Yet the NIH is paying for research—with our tax dollars—to engrave these feelings irreversibly on children’s bodies—all at a time when they’re too young to fully understand the consequences.

Like almost everything, this comes down to worldview. Transgender activists believe that feelings define people. And if our feelings are out-of-sync with our bodies, then our bodies must change—through any chemical or surgical means necessary.

But beginning with this conclusion and then crafting a study to prove it isn’t science. In fact, it’s more like a religion that’s demanding child sacrifice.