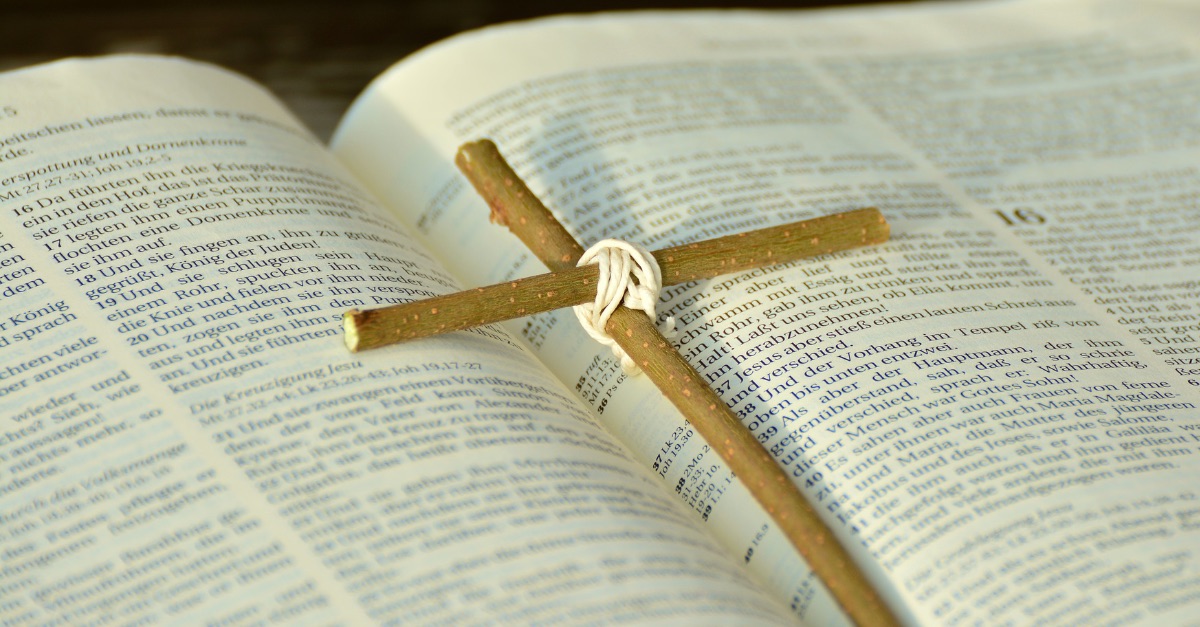 In February, the Alliance Defending Freedom filed suit on behalf of three female high school track athletes who are being forced to compete against biological males. During the oral arguments, the presiding judge demanded that ADF attorneys refer to the biologically male athletes as females, and to do otherwise would not be “consistent with science” or “human decency.”

Of course, as ADF attorneys noted, the entire case is based on whether it’s a fact that biological males are males, and whether a chosen gender identity is consistent with science or reality. ADF has called for the judge’s recusal, and rightly so since, at least in this case, he’s not capable of adjudication. Only activism.

Francis Schaeffer and Chuck Colson were among the loudest prophetic voices of decades past, warning of the loss of what Schaeffer often called “true truth,” the idea that truth is objective and, to a large degree, knowable.

When a federal judge announces that affirming observable biological reality is “indecent,” it demonstrates that more than our views about gender have changed. The basic definition of truth has changed. In other words, the most basic conflict in our culture is not just what is considered to be truth and what is not, but what we mean by truth in the first place.

The classic definition is that truth refers to that which corresponds to reality. For decades now, beginning among intellectual elites and then shaping the academy and now various segments of culture, the correspondence theory of truth has been challenged by another definition: that truth is nothing more than a social construct, or views imposed on us by previous generations and those in power.

As the comments of this judge make clear, this new definition of truth is now largely taken for granted, not just in universities but across different segments of our culture. How this happened is important to understand.

At a very simple, but hopefully not simplistic level, humans can look to three resources in seeking knowledge: revelation, reason, and experience. By revelation, I mean we can know something because “God said it.” By reason, I mean that through our intellects and logic, we can arrive at truth. By experience, I mean we can know because of what we’ve been through, or what we feel or know to be true. Throughout history, different religions and philosophies would emphasize one or more of these over the others. For example, religions that believed in God would prioritize revelation. Classic Greek thought often prioritized reason, as did the ideas of the secular enlightenment.

The Christian worldview teaches that God has revealed Himself through His creation, in His Word, and ultimately in Jesus Christ. By revelation, we know that as Image Bearers of God living in His orderly universe, our reason and intellect can grasp certain truths about the universe. In this view, knowledge is nothing less than what astronomer Johannes Kepler described as “…thinking God’s thoughts after him.”

In the decades since the Enlightenment, and especially into the 20th century, as scientific discovery and technological innovation exploded, reason became elevated as the central and definitive means of knowing truth. Skepticism about the supernatural led to a cynical distrust of revelation.

There’s so much more to this story than I have space for here, but the violence and bloodshed of the twentieth century, especially among those nations and cultures considered most scientifically advanced, damaged trust in reason. If revelation was a myth and pure reason a catastrophe, what’s left? Experience.

This is largely where we are today, where both revelation and reason are secondary, and even expected to serve our own internal sense of reality. Experiences may not be questioned. And so, here we are, with judges who insist that males are females, governors who call abortion “life sustaining,” and with politicians claiming their own facts.

It’s easy in such a situation for Christians to miss the deeper aspects of the real challenges we face, but it’s not simply this issue over here or this battle of ideas over there. The struggle of our time is, at its most basic level, a struggle to define reality. That’s why, as a friend of mine says, we so often find ourselves using the same vocabulary but not the same dictionary.

The battle for hearts and minds is quite often the battle over the definition of words. Defining truth is as essential as defending it.

The opening module of our Truth, Love, Together virtual event is all about recapturing a Christian vision of Truth, one that is, ultimately grounded in the person of Jesus Christ. This first module is entitled “What Is Truth?” Os Guinness opens the module in a session called, “The Roots of the Present Crisis.” Dr. Sean McDowell follows with “What Happened to Truth?” and Abdu Murray’s session is about “Loving Truth in a Post-Truth World.” After all, if truth is grounded in the person of Christ, our proper response must be to not only know truth, but love truth. And, in a special bonus session, Natasha Crain speaks on “Teaching Your Kids Truth in a Noisy World.”

Over 8,500 people have already registered for this free, weekly on-demand, online event.

Come to Conference.ColsonCenter.org to register today.