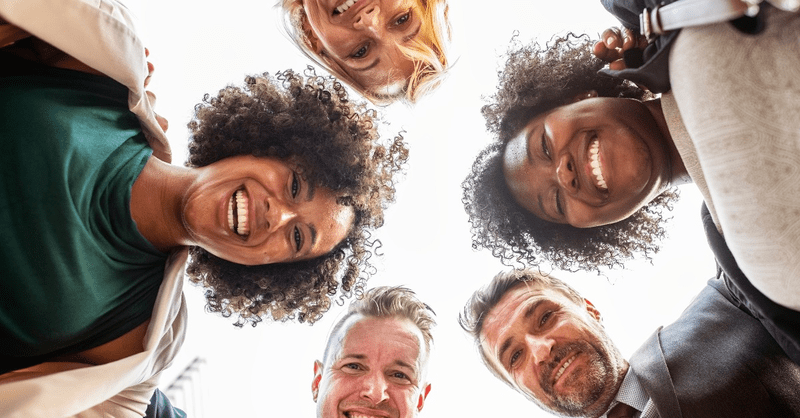 It’ll be a tall climb to bring about racial reconciliation—even in the Church. But one group has its hiking shoes on.

On Thanksgiving night in 1915, William J. Simmons, a former Methodist minister, and approximately 15 other men climbed Stone Mountain outside of Atlanta, set a cross on fire, and proclaimed the birth of the revived Ku Klux Klan.

To reinforce the connection between the revived Klan and Christianity, they placed an altar beside the burning cross, and on the altar they placed a sword and a Bible.

It would be nice to tell you that this attempt to link the Klan to Christianity was an aberration, but that would be a lie. The ties between preachers, churches, and the Klan were deep and widespread. An infamous 1922 photo shows a group of klansmen in full regalia standing at the front of a church under a sign that reads “Jesus Saves.”

It’s a shameful story, which makes me all the more happy to tell you about a group of Christians who are seeking to write a new story—one more in keeping with the Lord’s intentions for his Church.

On August 25, thousands of Christians will climb to the top of Stone Mountain with a very different purpose in mind. Led by Garland Hunt, the senior pastor of the Father’s House in Norcross, Georgia, and Billy Humphrey of the International House of Prayer, they will gather “to renounce racism and dead religion, and covenant together to move forward through reconciliation and revival.”

The organization behind the event is OneRace, which, according to its website, is “focused on engaging millennials” and on “confronting the historic division between black and white.”

Now, there’s been no shortage of efforts to engage millennials and to promote racial reconciliation. But there’s reason to hope that OneRace may succeed. Long before, and hopefully, long after August 25, tens of thousands of Christians of all races, ethnicities, and denominational affiliations gathered in small groups to pray.

Obviously, we believe that this kind of prayer can help to bring about the revival OneRace and other Christians seek. Any endeavor undertaken in the name of Jesus must have prayer at its heart.

But this emphasis on prayer also aids in the building of relationships across the lines that have previously divided Christians. Their goal is “To inspire 100,000 cross-cultural relationships and 1,000,000 acts of kindness.”

As a BreakPoint colleague has noted, for most, if not all, of American history, white and black Christians have traveled on parallel but separate tracks despite their shared faith. Coming together to pray is a way getting people, to stretch the metaphor to the breaking point, to ride on the same train.

The other grounds for hope is that organizers are realistic about the task ahead of them. As John Stonestreet said yesterday on The Point, “True racial reconciliation is hard, and fraught with political, theological, and personal landmines.”

As Garland Hunt told CBN, the process will make people feel uncomfortable at times. Navigating a potential minefield usually does. But we have no choice. If the people who bear the name of the one who with His blood, purchased for God . . . “men from every tribe and tongue and people and nation,” can’t pull off being one race, what hope is there for the rest of the world?

Christians are called to run into the cultural mess and not away from it. We are at our best when we respond to brokenness with truth and grace, starting with our own. That’s why OneRace is an effort worth knowing about and supporting—or even replicating in your community and state.

Because if we don’t do this vital work, who will?

You can find out more about One Race at OneRaceMovement.org. Or of course, come to BreakPoint.org and we’ll link you to it.

Whether you’re at Stone Mountain on the 26th, or somewhere else in the United States, you can join thousands of brothers and sisters in Christ in the united goal of “unseating the spirit of racism.” For more information, go to OneRaceMovement.com.