Mourning in the Wake of Las Vegas: Weeping for the Suffering, Calling Evil by Name 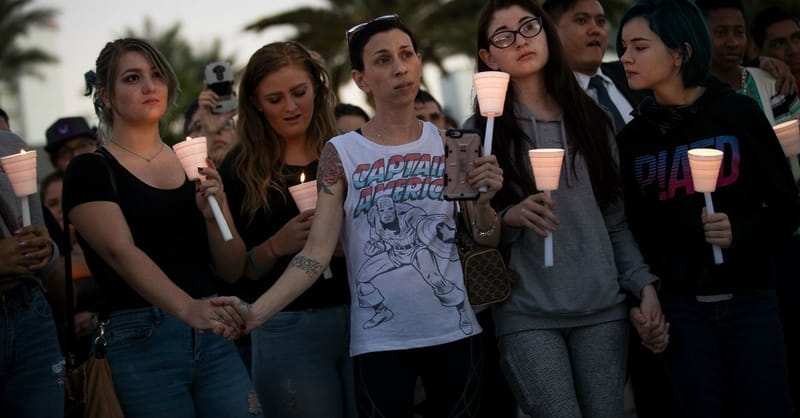 Mourning in the Wake of Las Vegas: Weeping for the Suffering, Calling Evil by Name

For the third time—by my count—since Eric and I became the voices of BreakPoint, I find myself using the phrase, “the worst mass shooting in U. S. history,” this time to describe the massacre of—at the time of this recording—58 people, with an additional 500 people wounded, at a country music concert in Las Vegas.

It’s horrific. What can even be said?

In today’s politically divided landscape, we’re tempted to simply retreat to a standard list of explanations to try to explain what happened or to assign blame—like on guns or mental illness or “them”—i.e. those that are across the political or religious aisle from us.  But this gut level response misses the core issue at hand.

Back in 2007, after 32 innocent people were gunned down at Virginia Tech, Chuck Colson talked about the importance of acknowledging the reality of evil. He started by describing a visit to a prison in Norway:

I witnessed an extreme example of this therapeutic thinking during a visit to a Norwegian prison years ago. Throughout the tour, officials bragged about employing the most humane and progressive treatment methods anywhere in the world. I met several doctors in white coats.

That prompted me to ask how many of the inmates, who were all there for serious crimes, were mentally ill. The warden replied, “Oh, all of them.” I must have looked surprised, because she said, “Well, of course, anyone who commits a crime this serious is obviously mentally unbalanced.”

Stated differently, there’s no such thing as sin and evil, and the only reason why people might commit serious crimes is that they’re mentally ill. Thus the best—and perhaps, only—response to crime is behavior modification and all those other up-to-date psychological techniques.

While the Norwegian approach would strike most Americans as very naïve, the difference between them and us is one of degree, not kind. We also blame crime on external factors, like mental illness, culture, dysfunctional childhood, and the like.

We’re uncomfortable attributing events like this to human evil, much less to a kind of evil that seeks to undo God’s creation—what Christians call the demonic.

Yet without this idea, events like this massacre can never be understood.

You know, Chuck is right. Evil is real and it resides—not just “out there” in the world, or the culture—but “in here,” in the human heart. Seeing it played out so hideously in Las Vegas leaves us only at the place of saying, with other followers of Christ throughout history, “Kyrie Eleison,” or Lord have mercy. Christ have mercy. Lord have mercy upon us.

First, as Ed Stetzer wrote in Christianity Today, prayer is a powerful response to suffering and evil. So pray for the victims and their families, for civic leaders and first responders. Pray that Christians in Las Vegas will be effective in their ministry and service.

Second, God’s people must remember the exhortation to “mourn with those who mourn.” Facebook and Twitter might tempt us to forget that there are very real people mourning the death of real people, and to offer lines of political agenda or ideological simplicity or even to offer Bible verses wrapped up in a nice little bow. Better than all of that is that we join our tears with those who weep.

Third, we run into, not away, from this brokenness. Whether it’s in giving blood, providing care, or jumping into that conversation with our neighbors that we’d rather not, we emulate Christ by—like Him—joining the suffering of those around us.

And finally, we cry out with the Psalmist, “How long, O Lord?” Groaning together with all of creation for that day when God Himself will “wipe away every tear,” and “death shall be no more.”

Photo: Mourners attend a candlelight vigil at the corner of Sahara Avenue and Las Vegas Boulevard for the victims of Sunday night's mass shooting, October 2, 2017 in Las Vegas, Nevada. Late Sunday night, a lone gunman killed more than 50 people and injured more than 500 people after he opened fire on a large crowd at the Route 91 Harvest Festival, a three-day country music festival. The massacre is one of the deadliest mass shooting events in U.S. history.