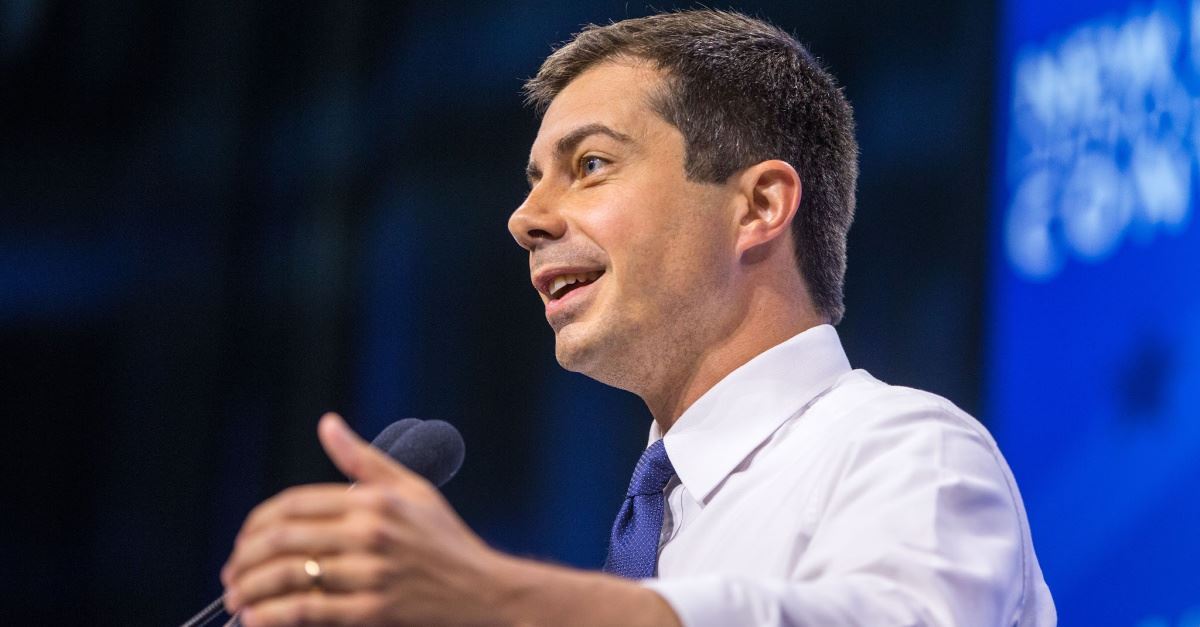 Earlier this month, South Bend (IN) Mayor and presidential hopeful Pete Buttigieg quoted the Bible in an attempt to speak to the question of abortion: “There [are] a lot of parts of the Bible that talk about how life begins with breath, and so even that is something that we can interpret differently.”

If we applied the Bible in the way Mayor Pete suggests, abortion would be justified up until birth, a position now firmly embedded and championed across the Democratic Party.

One of the ways Mayor Pete has distinguished his candidacy from all of the other Democratic hopefuls for president is through constant reference to his religious faith. Already, Buttigieg has applied (and often, misapplied) the Bible to support far-left positions on several cultural issues, including economic policy and same-sex marriage.

These Biblical misapplications are easily taken apart. Or, at least, they should be. The Bible clearly treats unborn babies as persons, see Psalm 139 and Luke 1:15, and Jesus clearly affirms the Genesis account of marriage as between a man and a woman, see Matthew 19:4.

In fact, the Bible Buttigieg goes to for his political positions is missing a lot of pages, and suspiciously reads a whole lot like his party’s platform. As Ross Douthat put it, Buttigieg doesn’t appear to “support any policy that deviates from the progressive catechism.”

Of course, Buttigieg has every right to sermonize. My concern here is what makes it effective. It certainly isn’t the strength of his Biblical argumentation. As I said on Twitter: “What makes #MayorPete’s gross misapplication of Scripture to cultural issues so troubling and so effective is the incredible void left when many pastors who won’t apply Scripture to cultural issues.”

The reason Buttigieg gets so much mileage out of his biblically revised one-liners is because so many Christians do not get a steady diet of the Bible applied to cultural issues, particularly from the pulpit.

Buttigieg is filling a void that’s been left by pastors who only teach the Bible as a personal, private self-help book, in order to help us find our purpose, improve our lives, and feel closer to God. For example, back in 2016, when Colorado was facing a ballot initiative on doctor-assisted suicide, at least two prominent pastors told me they wouldn’t address it from the pulpit because it was “too political.”

A Christianity that is never directly and broadly applied to the cultural moment we live in is one that is eventually reduced down to emotive sentimentalism. A friend responded to my tweet with this one that further clarifies the problem Buttigieg is revealing in the church: “Also, he’s Very Nice. Reducing Christianity to bland platitudes and vague kindness leaves us utterly defenseless when the snake oil salesman is vaguely kind too.”

As one of my Tennessee friends used to say, “This ain’t rocket surgery.”

Christianity is, of course, personal. But it’s not private. To say, as Jesus’ first followers did, that “Christ is Lord” is to state a public truth. Christ is sovereign not just over our salvation, but over everything. And if Christianity is true, its truth applies to every sphere of life.

I am grateful for those pastors and preachers, and there are many of them, who clearly and courageously articulate the whole truth of the Bible, working out its implications from the pulpit for the cultural moment in which we live.

There’s a scene in “Remember the Titans” (remember that movie?) in which Denzel Washington’s character tells his white assistant coach to stop coddling the team’s black players. He knows the racist hatred these young men will face. “You’re not preparing them for the real world,” he says. “You’re crippling them for life.”

In the same way, pastors who use the Scripture to coddle our emotions, but never apply Scripture to hot-button issues, will leave their flocks cripplingly vulnerable when politicians twist the Bible to their own ends.

This commentary originally aired on September 20, 2019.