Is That a Fact? Biden on the HHS Mandate 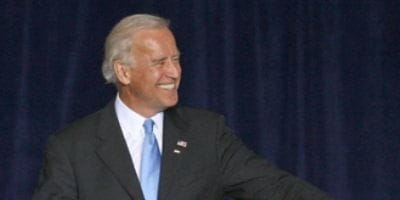 Is That a Fact? Biden on the HHS Mandate

We’ve been keeping you posted for months now on the HHS mandate — a component of the Affordable Care Act that would require religious employers to provide contraceptives, abortion-inducing drugs and sterilization in their insurance plans — no matter their religious convictions. Chuck Colson called it the most serious attack on Americans’ religious liberty in a generation, and so far, Christian institutions ranging from schools and hospitals to a publishing house, an air conditioning company and a craft store have filed some 35 lawsuits against the administration, seeking a broad exemption based on the right to freely exercise their religion.

In other words, they’re fighting for the right not to participate in actions they believe are sinful.

As we’ve reported here on BreakPoint, these suits have met with mixed results. At least one succeeded a few months ago in securing an injunction against the mandate, but federal judges have also ruled against others, as happened earlier this month in the Eastern District of Missouri.

The Alliance Defending Freedom (ADF) is representing several other plaintiffs, including businesses and schools in what it calls “a large cross-section of Protestants and Catholics who object to the mandate,” in hopes of salvaging the First Amendment rights the policy endangers.

So what’s the bottom line? This is an ongoing fight, and — if the mandate isn’t modified or abandoned — we might see a Supreme Court ruling before it’s all said and done.

So imagine what went through the minds of everyone involved in this legal battle when, during the course of the vice presidential debate, Vice President Biden denied point-blank that the HHS mandate even includes religious employers!

Well, as the Catholic bishops said in a statement issued last Friday: “That is not a fact.” The bishops went on: “[Religious employers] will have to serve as a vehicle [for birth control coverage], because they will still be forced to provide their employees health coverage, and that coverage will still have to include sterilization, contraception, and abortifacients.”

Matt Bowman, senior legal counsel at the Alliance Defending Freedom, said, “It’s embarrassing to claim that something doesn’t exist while you’re defending it in court. ... The abortion pill mandate’s very existence and the Obama administration’s ongoing defense of it demonstrate how amazingly false the vice president’s claims are.”

And as soon as the debate ended, the head of the pro-life group The Susan B. Anthony List joined the chorus, commenting that Biden had “grossly misled the viewers and brushed over legitimate objections,” and that “[his] response … demonstrated a shocking disregard for our first freedom.”

Folks, this isn’t about a candidate or even an election. This is about the willingness of a public official to deny a provable threat to religious liberty in one of the most televised debates of the year.

But what’s important now is that we, the church, make it clear to our elected leaders that we will not stand idly by while religious freedoms are dismantled — and that yes, the HHS mandate is still a big problem.

And with neither foot in my mouth, I can promise you that is a fact.