In Times Like These, We Need 'A Christian View of Money' 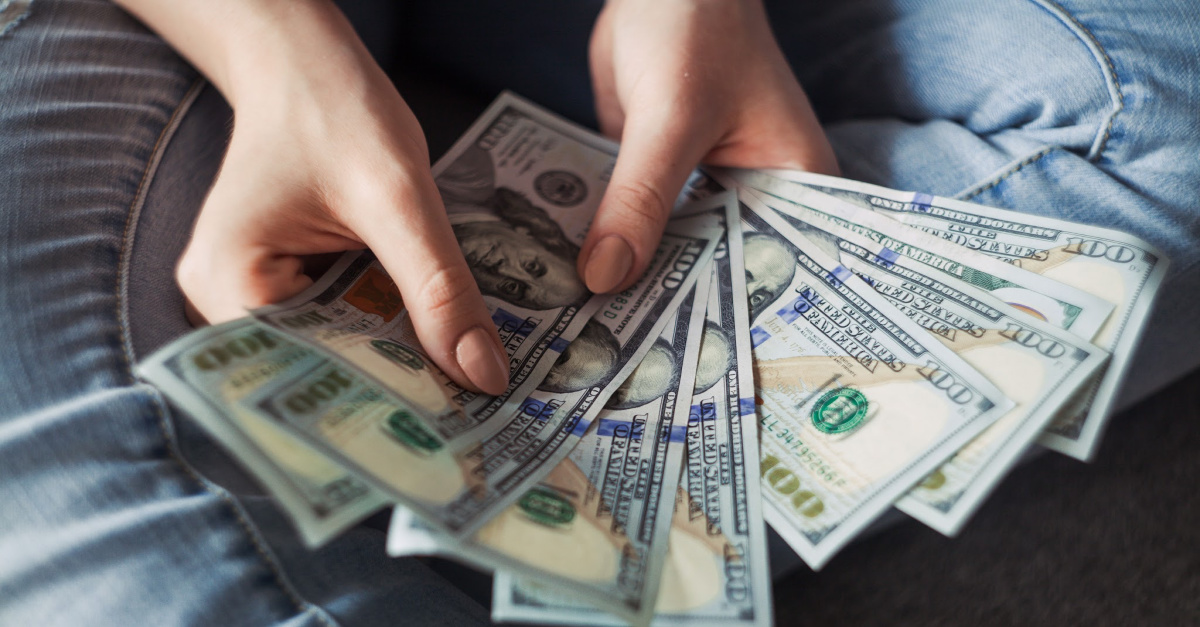 In Times Like These, We Need 'A Christian View of Money'

According to a Wall Street Journal report last week, there are “signs suggesting damage from the crisis is starting to ease.” For example, though consumer spending fell a record 13.6 percent in April, personal income increased, and preliminary reports indicate a strong rise in consumer spending for May. Some department stores, such as Macy’s, are saying that their re-opened stores “are performing better than anticipated.”

This is welcome news for a year in which a health crisis birthed a financial crisis, complete with lost jobs, closed businesses, market craziness, even-more-eye-popping national debt, and a resurgence of socialist ideas. Still, if a flurry of “coronavirus bankruptcies” is on the way, as some suggest, “uncertain” is the only word to describe our economy’s future.

For example, it’s not clear whether people spending money again is a sign of improved economic stability, or that people are using stimulus checks to distract from the chaos and brokenness all around them, not to mention the loneliness they feel. After all, binge buying is, more often than not in our culture, an attempt to fill the God-shaped hole in our hearts with stuff, to console ourselves from the craziness of realizing this world is definitely not under our control.

Social unrest must factor in, as well. Radical advocates of socialism and economic restructuring are always ready to hijack the causes of others, and the protests in the wake of the killing of George Floyd are no exception. Take, for example, CHAZ or CHOP in Seattle or groups such as The Movement for Black Lives, which openly campaign for “collective ownership,” and explicitly claim to be “anti-capitalist.”

And, all of this is being done in the context of lousy civic and economic education. A recent Gallup survey shows that pretty much half of millennials favor socialism over capitalism, as if the 20th century, didn’t happen. You know what they say, those who forget history are …

Given the economic turmoil, social unrest, and growing misunderstanding of how economies function, what better time could there be to ensure your kids and grandkids understand the fundamentals of money and stewardship from a Biblical worldview, what money is for, how it can be properly used to bless others and advance the kingdom?

The next Colson Center short course, which will begin July 7 and run for four consecutive Tuesday nights, is called: “A Christian View of Money: God’s Economy vs. the World’s.” If you’ve never really thought about how God thinks about stewardship and financial resources, how He created human economies to function and how the fall frustrates that design, this course will be very helpful. And if it’s past time to have “the talk” with your children, the one about money, saving, and giving, why not take this course together with them?

In week one, Dan Lewis, Executive Director of the River Foundation and has taught classes for years at the high school, college and seminary levels about God’s view of money, will teach on the theme of giving. Everything is the Lord’s. All we have, He’s given to us. When we give of what He has given, we participate in His work.

Ron Blue, Founder of Kingdom Advisors and the Ron Blue Institute will teach during week two about the theme of “Save.” For a nation in incredible debt, and given the average consumer debt of Americans, there’s hardly a more counter-cultural idea than having financial discipline now to create our own storehouse for living and giving beyond our earning years.

In week three of the “Christian View of Money” course, Brandon Sieben, President and CEO of Compass and Ken Battles, Executive Director of Compass Urban Stewardship Ministries will teach on how we might best differentiate between our wants and our needs.

The course will wrap up with long-time friend of the Colson Center, Dr. Jay Richards who will teach about the most common myths about economics and money, many of which have taken younger generations captive. For example, “Capitalism is based on greed and over-consumption” or “if someone becomes rich that automatically means someone else will become poor.” This will be especially crucial content for young people right now.