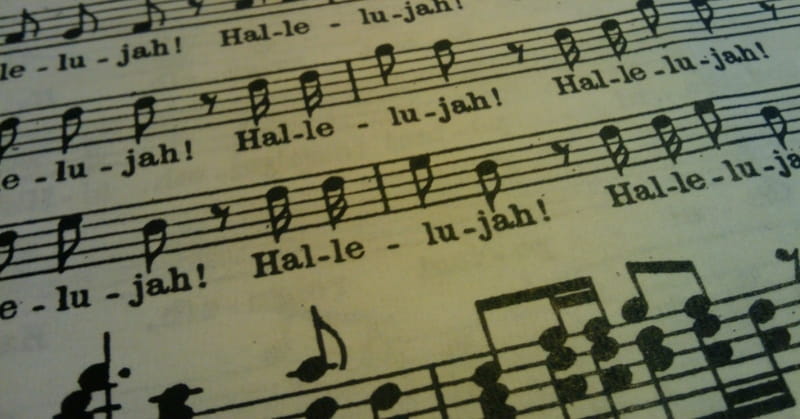 As one wag put it, “In the orchestra world, George Frideric Handel’s Messiah is just as much an annual Christmas tradition as eggnog and overworked shopping mall Santas.”

Handel’s magnum opus is one of the supreme wonders of human genius, especially if you keep in mind that the genius on display is not only Handel’s.

We’re so used to calling the work “Handel’s Messiah” that we fail to notice that he only wrote the music. And as good as the music is, what’s being said, or in this case, sung, is every bit as inspired and inspiring.

The text, or “libretto,” as it’s properly called, was written by Charles Jennens. Chances are you’ve never heard of him. And you’re not alone. Even in his lifetime Jennens was “utterly unknown” to most of his contemporaries.

But obviously not to Handel, who, in a letter to Jennens, referred to their collaboration as “your Messiah.” As the director of the Handel House said a few years ago, “Without Jennens there would be no Messiah.”

That being the case, it’s worth knowing more about Jennens. He was an English landowner and patron of the arts. He wasn’t only a patron: He collaborated with Handel on other works such as “Saul,” “Israel in Egypt,” and “Belshazzar.” As with “Messiah,” his contributions were anonymous.

As these titles suggest, Jennens’s specialty was librettos based on biblical subjects. This was the direct result of his devout Christian faith. And that brings me back to “Messiah.” Jennens was concerned with the emergence of Deism within the Church of England. Deism rejected the idea of God’s intervention in human affairs and, with it, the inspiration of scripture.

His response to the threat was what he called a “scripture collection” that demonstrated that the Scriptures had predicted the coming of the Messiah, which he desired Handel to set to music. Unlike his other “scripture collections,” every word in the Messiah’s libretto is taken directly from scripture. As Albert Mohlerwrote a few years ago, “Jennens understood the Bible to reveal a comprehensive and unitary story of God’s salvation of his people.”

But Jennens knew that it would take more than a pamphlet to combat Deism. He had to appeal to people’s emotions and imaginations, as well as their intellect. In other words, he needed art.

Thankfully, he knew just the right man to undertake the challenge. In July 1741, he wrote a friend saying “Handel says he will do nothing next winter, but I hope I shall persuade him to set another Scripture collection I have made for him . . . I hope he will lay out his whole genius and skill upon it, that the composition may excel all his former compositions, as the subject excels every other subject. The subject is Messiah.”

A month later, Handel began work on the music and finished it in only twenty-four days. At the end of the manuscript, he wrote the initials “SDG,” Soli Deo Gloria, “To God alone be (the) Glory.”

Since its first performance in Dublin in 1742, Jennens’ exercise in what can accurately be called scriptural apologetics has become the most beloved choral work in history. No one knows how many times it has been performed. Counting the recordings alone is exhausting.

And every time we listen, we are told “For the mouth of the Lord hath spoken it.” And that, as Mohler reminds us, was what Jennens wanted us to understand: God has spoken.