God's Promise to All Peoples: Celebrating the Epiphany 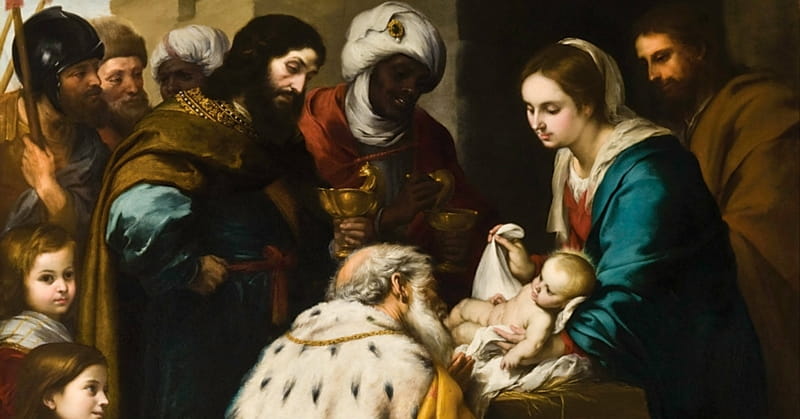 God's Promise to All Peoples: Celebrating the Epiphany

very year, PNC Wealth Management calculates the cost of the gifts mentioned in the song “The 12 Days of Christmas.” From a bill of $12,623 in 1984—the first year of the survey—Christmas has gotten increasingly costly, totaling more than $34,000 this year. If you were to pay for each gift every time it’s mentioned in the song, you’d be more than $155,000 poorer. Who knew that labor costs for “10 Lords a-Leaping” would be so high? Not included in their estimate, apparently, is the price of therapy to help you get the song out of your head.
Even without “The 12 Days of Christmas” ringing in their ears many people are ready to be done with Christmas by the day after. But to end Christmas too soon neglects one of the most important elements of the Christmas story.
In some churches, the Christmas season on the church calendar begins on Christmas Day and runs for twelve days, ending on January 5th. January 6—tomorrow—brings both the final story of Christmas and launches a new liturgical season, Epiphany.
The word “epiphany” means “to show” or “to make known,” and the feast of Epiphany celebrates the arrival of the magi, or Three Kings, as some traditions call them. As recorded in Matthew 2, after a long and arduous journey, and guided by a mysterious star, these wise men find the Christ-child in Bethlehem.
In Christian legend, the three wise men hailed from the near mid-East and were named Caspar, Melchior, and Balthasar. Various stories describe them as coming from Persia, Yemen, and even India.
In a recent BreakPoint, I shared the amazing history of the Church of the Nativity in Bethlehem. But I didn’t mention a legend from the time that the Persians invaded Palestine in 614. It is told that the invaders spared the church because of a mosaic depicting the magi in Persian dress.
While we don’t know many factual details about the magi, the Bible tells us that when they saw the baby Jesus, they fell to their knees and worshipped Him, offering gifts of gold, frankincense, and myrrh. From their example comes our practice of giving gifts at Christmas.
However, Epiphany isn’t so much about the gifts of the magi, but about an even greater gift—the fulfillment of a promise for the long-awaited messiah, Jesus Christ.
I’m sure you recall the stirring words of the aged Simeon who took the infant Jesus in his arms at the Temple and blessed God, saying:
“Lord, now you are letting your servant depart in peace, according to your word; for my eyes have seen your salvation that you have prepared in the presence of all peoples, a light for revelation to the Gentiles, and for glory to your people Israel.”
At Epiphany we’re reminded that the promise of redemption has always been for the whole world. God came not only to His own, but to us outsiders—like the Magi—the lost and darkened souls who had never even heard about God’s promise. That’s the reason that Epiphany is also known as the Manifestation of Christ to the Gentiles.
Which is why this feast day is a particularly joyful celebration for the likes of you and me. Epiphany is the fulfillment of Isaiah 9:2: “The people that walked in darkness have seen a great light.”
But here’s another critical message in the Epiphany event. One of the gifts of the Magi, myrrh, was used for burials. As the famous carol goes, “its bitter perfume/breathes of life of gathering gloom/Sorrowing, sighing, bleeding dying/Sealed in a stone-cold tomb.”
Jesus didn’t come to Earth to stay a cute baby boy, but to grow up, manifest God’s love through words and deeds, and ultimately die on the cross to atone for the sins of the entire world. Starting with Epiphany, the next few months of the church year follow the Incarnate Word of God as He journeys to the cross and draws us ever closer to the heart of God.
Let us journey with Him.