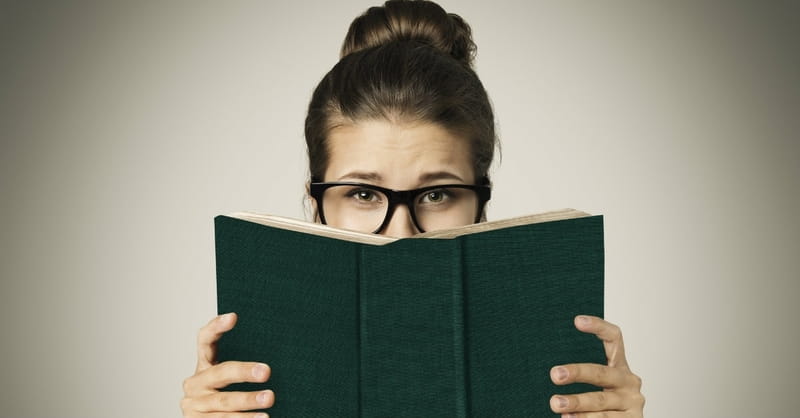 It’s said that a fool and his money are soon parted. I might add the same goes for yours truly at a book sale.

The other day I found myself at a book sale, and before I knew it, I’d walked out of there with an armload of interesting volumes. One was “Uncle Tom’s Cabin,” the best-selling novel of the 19th century, credited with laying the foundation for the American Civil War.

Recently on BreakPoint, I told you how Harriet Beecher Stowe met a man named Josiah Henson, who had escaped slavery. The result was “Uncle Tom’s Cabin,” maybe the most overtly Christian book of its kind I’ve ever read. I can’t think of any other fiction that comes close.  The impact of this one little volume on the culture was amazing, and so is its enduring message of basic human dignity.

I also walked out with a copy of “The Island of Doctor Moreau,” by H.G Wells. This classic work of early science fiction powerfully illustrates that we can’t escape the bounds laid down by the Creator, and we wreak misery when we try (just think about today’s transgender movement).

Folks, these are great books. And they reminded me of a quote by Moody Bible Institute’s Dr. Rosalie de Rosset, who said, “the difference between a good book and a bad book is that a good book takes you deeper into life and a bad book distracts you from life.”

So to help you get deeper into life this summer, I asked my colleagues at the Colson Center to suggest a few good books for you.

Warren Smith, our Vice-President of Mission Advancement, recommends “All the King’s Men,” by another Warren—Robert Penn Warren. He calls it “the greatest political novel ever written.” Warren adds that it “takes seriously the doctrine of original sin, and it offers deep insights into populist politics, a form of politics that rears its head in American political life every generation or so.”

BreakPoint Editor David Carlson, meanwhile, recommends “A Guest for the Night,” by Pulitzer Prize-winning Israeli author S. Y. Agnon. It’s a hauntingly beautiful and melancholy story set in Poland after World War I. The main character, a middle-aged Jewish man, returns from Palestine to his hometown to find the Jewish community devastated by the war. “What makes the book so compelling for Christians,” David says, “is the character’s profound love for God, the Torah, and his longing for the coming of ‘King Messiah’.”  “For us,” David adds, “it raises the question: Do those of us who know that King Messiah has come love God and His Word as much as this man?”

Shane Morris, BreakPoint’s assistant editor, recommends “The Four Loves,” by C.S. Lewis. “Quite simply,” Shane says, “it will change the way you think about every relationship in your life. ‘The Four Loves’ is one of the most spiritually practical books you’re likely to read, because it forces you to begin thinking precisely about a subject which is kept regrettably mushy by the limits of our language.”

Timothy Padgett, our new managing editor at BreakPoint.org, says you should consider “A Morbid Taste for Bones,” the first in the “Brother Cadfael” series, by Ellis Peters. “The author deftly puts you in 12th-century England,” he says, “with all the political and religious factions and gives you a sense of the everyday life of the time.” “Reading these fictional tales,” Tim adds, “reminds us that struggling to live out our faith in divisive times is not unique to our age.”

And Roberto Rivera, a senior fellow at the Colson Center, recommends the “Barker and Llewelyn” series, by Will Thomas. Roberto says that the protagonist, Cyrus Barker, is the original “most interesting man in the world.” The son of missionaries to China and master of the martial arts, Cyrus is a “private enquiry agent”—not a spy!— and is the most dangerous man in Britain. He’s also a good friend of Charles Spurgeon, who pops up in the novels from time to time. How great is that?

These books aren’t the only good ones you can pick up this summer, of course, but they are ones that we heartily recommend for your reading pleasure and edification—and to help you go deeper into life.

Happy reading, and I’ll see you at the next book sale!