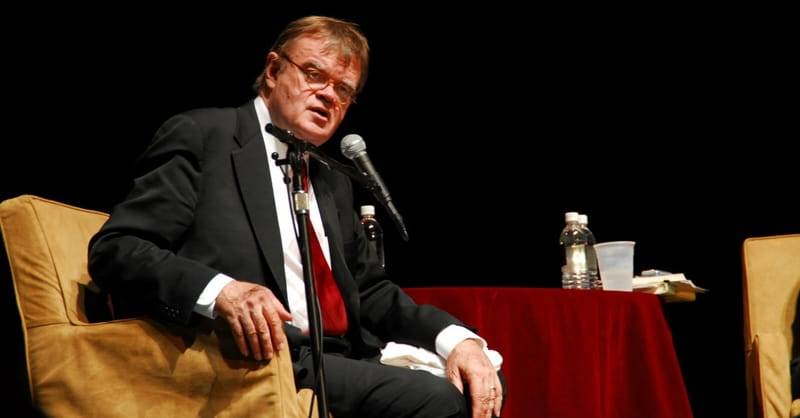 For the past 40 years on National Public Radio, Garrison Keillor has served up a humorous slice of Americana through his Saturday night radio program, “A Prairie Home Companion.” Each episode features live music and amusing skits like “Guy Noir, Private Eye,” plus hysterical promotional spots like the one for Bebop-A-Reebop Rhubarb Pie.
But the highlight of each show comes near the end, when Keillor shares the news and latest gossip from his beloved Lake Wobegon, where all the women are strong, the men are good-looking, and the children above average.
Now if you know Prairie Home Companion, you also know that Keillor’s worldview doesn’t always line up with a Christian worldview. So it may surprise you that we're talking about it today on BreakPoint. But I think there are a number of things we can learn from the success of this show.
First, in an age where much of what we call entertainment is all flash and no substance, Keillor has accomplished the extraordinary. His show has become “appointment listening” each week for four million people on almost 700 radio stations. The successful longevity of Prairie Home Companion testifies to the power of great art and storytelling, and it's a lesson for all of us who are called to share “the greatest story ever told.” As we say often on BreakPoint, Christians should be champions of the arts, especially those that, through story, point to the deep truths about life and the world.
Second, Keillor can teach us something about success through perseverance, since he wasn’t immediately successful. His first show on July 6, 1974, drew a grand total of twelve people. But, he took his work seriously and pursued excellence ahead of showmanship. In a recent interview, Keillor described the perfect day as getting lost in his work. Christians, too, believe in the sacredness of work, or as Dorothy Sayers put it, “The only Christian work is work well done.”
Third, I believe that Keillor’s work reveals God’s glory in ways that many openly Christian artistic endeavors don't. For starters, he takes excellence seriously, especially in the music chosen for the program. Some of the world’s best musicians have performed on his show: folk musicians, country singers, Gospel quartets, blues and jazz artists. The music on his show is phenomenal, not formulaic.
Fourth, even as he gently pokes fun at the Catholics who attend Our Lady of Perpetual Responsibility Church or Pastor Ingqvist of the Lake Wobegon Lutheran Church, he doesn’t ridicule faith itself like so much of popular culture resorts to doing. His humor about faith takes faith seriously. You might say, as many have, that Keillor’s storytelling is God-haunted, which is among other things a testimony to the binding power and centrality of faith on people and on communities.
We laugh at the citizens of Lake Wobegon, maybe because it’s easier and safer than laughing at ourselves. His storied portrayals are, like all the best stories, just so very, well, human. And Keillor doesn’t shy away from the dark side of life either, but instead handles it without being graphic and gratuitous like so much in culture today.
Sometime this coming July, Keillor will retire and host his last show. Along the way, he’ll have won Grammy, ACE, and George Foster Peabody awards, been given the National Humanities Medal, and been elected to the American Academy of Arts and Letters. That’s a lot of achievement for someone who doesn’t consider himself a performer.
I, for one, will miss him, but I won’t forget what his example teaches. Treat people and their deeply held beliefs with respect, enjoy your work and the people you meet, take excellence and beauty seriously, and most of all, tell good stories. The world needs more of them.