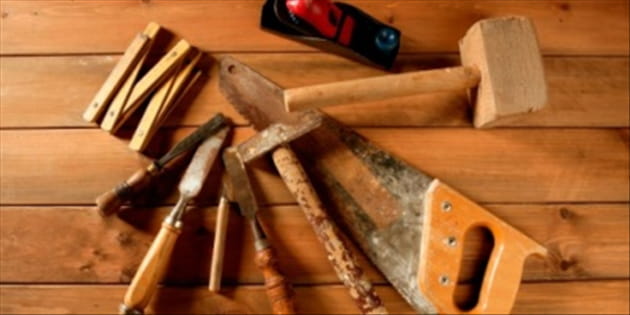 We often hear that most people in the United States believe in God, and if you trust the opinion polls, they do.

However, when you dig down a little bit, you'll find this good news isn't so good after all. According to a new book by George Barna entitled Futurecast, America is filled with people who are do-it-yourselfers when it comes to religion — either making up God as they go along or dropping traditional beliefs and practices, like going to church. Barna tells USA Today, "People say: ‘I believe in God. I believe the Bible is a good book. And then I believe whatever I want.'"

Indeed, Barna says only 7 percent of those he surveyed say they believe in seven essential Christian doctrines, as listed in the National Association of Evangelicals' Statement of Faith.

Barna's Futurecast tracks changes from 1991 to 2011. It finds that those who say they haven't been to church in the past six months, except for special occasions like weddings or funerals, jumped from 24 percent two decades ago to 37 percent today. That's an increase of over 50 percent in the nation's "unchurched."

No wonder that Lifeway Research, in a new survey of 900 Protestant pastors, found that 62 percent say that the importance of being identified with a denomination will decline among believers over the next decade.

This buffet-style religion isn't confined to the church. USA Today quotes Nadine Epstein of the Jewish magazine Moment as saying that most Jewish people, when asked if there can be Judaism without God, say yes! Epstein adds, "You pick and choose the part of the religion that makes sense to you."

Okay, folks, we are experiencing a religious smorgasbord. Indeed, Barna says with just a hint of hyperbole that America may become a nation of "310 million people with 310 million religions."

Friends, if we believe in the Truth — not to mention in the future of the Church — this can't go on. We Christians must get back to biblical basics, to "the faith delivered once for all to the saints."

Don't get me wrong: I believe in religious freedom and diversity. But I'm talking to Christians today. While we need to exhibit grace to our brothers and sisters in the many debatable matters of doctrine, we've got to stand rock-solid and shoulder-to-shoulder on the essentials.

No Lone Ranger Christians! We learn and practice these in the company of other believers; that is, in the Church. We worship together, we minister together. That's why I wrote The Faith, a powerful manifesto of the great, central truths of Christianity that have sustained believers through the centuries. The Faith is a good place to go to refresh yourself — or learn for the first time — the doctrines on which every true Christian ought to agree.

But our primary goal in religion is not simply to get the doctrines right — as important as that is. It is to know the Lord Jesus Christ — but know Him as He is, not as we imagine Him to be. As my friend Stan Guthrie writes in his excellent book, All That Jesus Asks, "Jesus, unlike the religious action figures sold at Wal-Mart, is not infinitely bendable, able to assume whatever postmodern pose we give him."

Most BreakPoint listeners I'm sure get this right. But you've got people in your church, friends and neighbors who don't. So go to work on them; start catechizing them in the essentials of the faith.