Depression and God's Grace: You are Not Alone 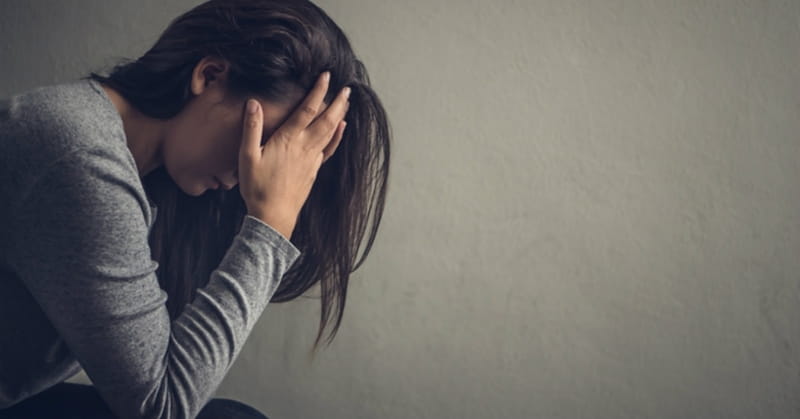 Depression and God's Grace: You are Not Alone

Those who suffer from depression sometimes feel as if they’re all alone. Take it from me—I felt that way because I have struggled with depression for years.

According to the American Psychiatric Association, about one in fifteen adults experiences depression each year. And one in six will be touched by the cold hand of depression at some point in life. Women are more susceptible to depression than men, with one in three expected to have a major depressive episode in her lifetime.

The APA calls depression “a common and serious medical illness that negatively affects how you feel, the way you think and how you act. … Depression causes feelings of sadness and/or a loss of interest in activities once enjoyed. It can lead to a variety of emotional and physical problems and can decrease a person’s ability to function at work and at home.”

Even Christians get depressed, of course; as I mentioned, I’ve dealt with it. It’s part of living in a broken and fallen world. For a woman named Lily Burana, bouts of depression, anxiety, and insomnia began when she was a toddler, and being raised in a church did not make them go away.

“My depression, still unnamed, deepened as I grew older,” she writes in a piece for Christianity Today. “I became less interested in church, and by adolescence, depression, sarcasm, and cynicism had become my holy trinity, which might sound impressively edgy if it weren’t so miserable.”

Eventually, Lily dropped out of school, and out of church, winding up in New York City’s East Village, where she hung out with an assortment of what she calls “freaks, losers, ragers, and least-of-these-ers.” Lily says she began a journey that landed her somewhere between “spiritual but not religious” and “New Age dilettante,” as she tried paganism, yoga, and agnosticism. But nothing satisfied her bright mind or tamed her gnawing depression.

“But a few years ago,” Lily writes, “when a dangerously deep and rocky depressive spell had me in its grips, I teetered on the brink of suicide. Even with the cosmetic appointments of a full and happy life—husband, family, health, career—I felt desperate, alone, scarred, stained, and worthless.”

That’s when God broke through—not by miraculously erasing depression as if it were a stray pencil line, but by gently speaking to her heart. Biblical teaching and fellowship reminded Lily that not only did God love her—He accepted her. Dialing back the self-condemnation, she began a process of being “restored by grace.” She’s on a journey of healing now, saying, “[I]t feels like comfort, acceptance, and resilience. A place to retreat, to just sit, breathe, and be.”

Lily still battles depression, and uses medication to help control the dark moods. “But I can’t lay full credit for my wellbeing at the feet of Big Pharma,” Lily says, “for nothing has helped me recover more than receiving God’s grace.”

Lily says that depression threw her into God’s arms, so let me ask you—has it thrown you into His arms? Let’s stop with all the facades. Depression is an unwelcome fact of life for many of us. But being depressed doesn’t mean your faith in the Lord is defective. It can be an invitation to present your pain as an offering to the One who understands that pain better than anyone.

As Marshall Segal of desiringGod.org writes, “While many are lost to their depression—helplessly wandering in their own darkness—Christians have somewhere to turn, truths to rehearse until our hearts catch up with the faith in our minds. Not only did Christ save and deliver the brokenhearted, but he experiences all the pains and temptations we face and more.”

So if you’re depressed, please, please remember you are not alone. It’s okay to show others your hurt. And hear me: There is no shame in seeking professional help. I certainly have. And know that God sees and promises to meet you in your hurt with His love and grace.