Community Is Good for Us: New Study Confirms Scriptural Truth 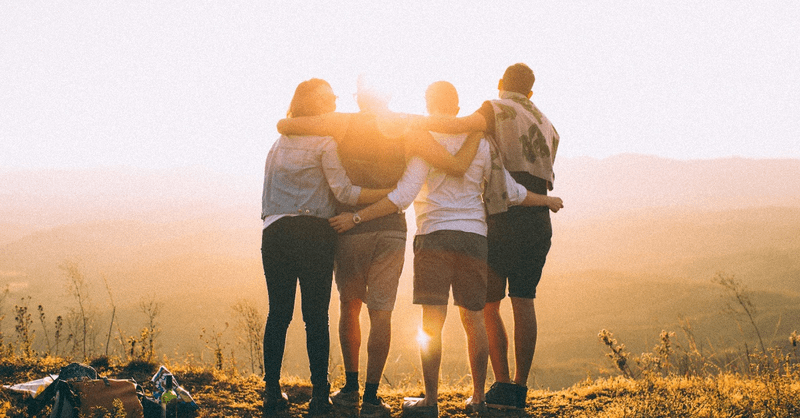 Community Is Good for Us: New Study Confirms Scriptural Truth

It’s not good for man, or woman, to be alone. And a new Canadian study confirms it.

Many of us believe we’ll be over the moon if we get a good education, find a great job, and make lots of money. But a recent study found that what really makes us happy is membership within a tight-knit community—one that includes regular church attendance.

Which is exactly how Scripture tells us we ought to live.

Happiness researchers at Canada’s McGill University and the Vancouver School of Economics recently interviewed 400,000 Canadians. They found that people who are members of strong communities—typically in rural areas—are EIGHT TIMES happier than people who live in cities.

Factors in greater happiness include shorter commutes—which means more time with family. Residents pay much less for housing than city dwellers, who pay 30 percent or more of their income on a place to live—something that can cause real stress.

While people who live in densely-populated areas may interact with more people, those interactions tend to be shallower. City dwellers also tend to have less contact with friends and family and feel less safe—which probably makes it harder to reach out to neighbors.

And that can be dangerous. Social isolation can “literally change the brain, flooding [it] with a chemical that fuels fear and aggression,” notes the Daily Mail.

By contrast, people in rural areas say they feel a stronger sense of connection with their neighbors. They tend to be less transient, and more likely to attend church. Clearly, small towns and rural areas “are more conducive than cities to forming strong social bonds,” writes Christopher Ingraham of the Washington Post.

This isn’t the only study that found that a strong sense of community makes for greater happiness. For instance, the Danish people spend a great deal of time with family and friends—which is likely why they are among the happiest people on earth, despite awful weather and super-high taxes.

A strong sense of community doesn’t just lead to happiness; it also brings down the crime rate. Chuck Colson once wrote that “an extensive study . . . found only one reliable predictor of crime rates in a community: whether it had, or lacked, a strong sense of community values and a willingness to impose those values on public space—what researchers called ‘community cohesion.’ Crime,” Chuck noted, “was low in neighborhoods where people felt free to discipline neighborhood kids caught skipping school or scrawling graffiti on walls.”

This need for close community echoes the community enjoyed by God: Father, Son, and Holy Spirit.  And in the book of Acts, we read of how closely the new Christians lived in community, sharing everything with one another, strengthening one another’s faith, and keeping each other accountable.

What doesn’t make for greater happiness? Living in a richer community, filled with highly educated people.

If you—like me—live in a city, there are still plenty of ways to become part of a tight-knit community. The most important thing is to become active in a good church. Join the choir, or bring meals to the sick. You can join a small group, or get together once a week for meals with fellow Christians, or join an outreach ministry.

What else can you do? Move near a Christian school, send your kids there, and get to know the other families. And—yes, this is a big thing—think about moving to a Christian community within your city.

Finally, be countercultural: Try to get to know your neighbors.

We don’t need to let where we live dictate our level of happiness—but we do need to know WHY our rural neighbors are eight times happier than city dwellers: It’s because they’ve mastered the art of creating, and maintaining, strong and caring communities—just as God intended.

Before I leave you today, if you don’t know about Canadian pro-life apologist Stephanie Gray, you need to come to BreakPoint.org/free to download a free copy of a chapter from her outstanding book “Love Unleashes Life.”