Christian Hoarding: Do We Own Stuff? Or Does Stuff Own Us? 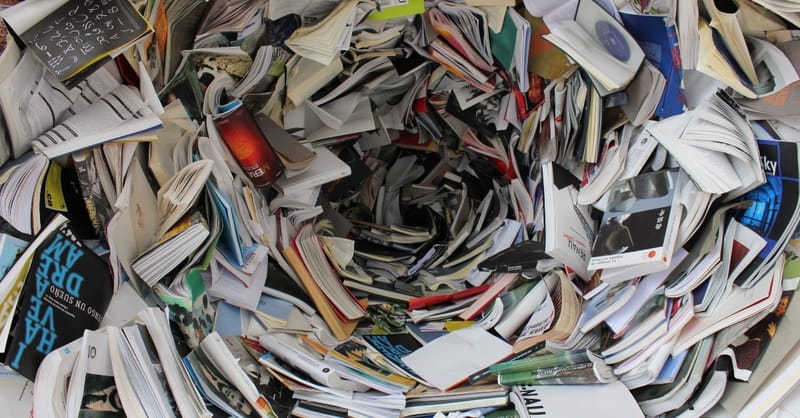 Christian Hoarding: Do We Own Stuff? Or Does Stuff Own Us?

C.S. Lewis once said, “The safest road to hell is the gradual one—the gentle slope, soft underfoot, without sudden turnings, without milestones, without signposts.” In today’s prosperous America, we’ve made hoarding just as easy, and the danger to our souls is just as real.

A new article in The Atlantic by Alana Semuels lays out the grim details. In 2017, Americans spent $240 billion on jewelry, watches, books, luggage, telephones, and related communication equipment—twice as much in inflation-adjusted dollars as in 2002. During the same time, the population grew only 13 percent. Spending on personal care products also doubled.

To hold all this stuff, we’re supersizing our houses and storage facilities. Last year, the average size of a single-family home in the U.S. was 2,426 square feet—a 23 percent increase from 20 years ago. Meanwhile, two decades ago there were 26,000 self-storage units around the country. Today there are 52,000 of them!

All this acquisitiveness, Semuels says, is because online retailers such as Amazon have made buying stuff so easy, and because the global economy has made stuff so cheap. I’m sure that’s partly true, but I think the cause is deeper.

Too many of us, and this includes Christians, have bought into the lie that the pursuit of happiness necessarily includes the pursuit of stuff. “We are all accumulating mountains of things,” says Mark A. Cohen, director of retail studies at Columbia University’s Graduate School of Business. “Americans have become a society of hoarders.”

And what about the harm of all this sludge to our souls? I’m uncomfortably reminded of Jesus’ parable of the rich fool in Luke 12. This man had received an abundant harvest, and what did he do? He built bigger barns to store it all and said to himself, “Soul, you have ample goods laid up for many years; relax, eat, drink, be merry.” But what did God say to him? “Fool! This night your soul is required of you, and the things you have prepared, whose will they be?” The man couldn’t even enjoy all his earthly treasures.

And just so we wouldn’t miss the point, Jesus administered the sobering coup de grâce: “So is the one who lays up treasure for himself and is not rich toward God.” The problem wasn’t that the man was rich—many of the Lord’s choicest saints have been abundantly blessed with the world’s goods. It wasn’t that he had stuff, but that his stuff had him, and that he wasn’t rich toward God.

Are we, who have been blessed far more abundantly than most of God’s servants around the world, as rich toward God as we need to be? I cannot tell you an amount that you must share if you don’t want to be a Christian hoarder—that’s between you, the Lord, and perhaps a wise Christian friend or financial adviser. What I can tell you is that, if our giving doesn’t hurt at least a little bit, if it doesn’t curb our seemingly insatiable urge to hoard, then it probably isn’t enough.

And in this time of material abundance, a lot of worthy churches and ministries face a chronic shortage of funds. Why is that? According to nonprofitsource.com, Christians today give only 2.5 percent of their income; during the Great Depression, it was 3.3 percent. The average giving by adults who attend Protestant churches in America is about $17 a week, and 37 percent of regular church attendees and evangelicals don’t give any money to church.

There are all kinds of Christians in this world, but the category “Christian hoarders” doesn’t exist in God’s economy. Let’s check our hearts, and our wallets, and set aside more treasure in heaven.