Christian Colleges at a Crossroads: Faithfulness or Federal Dollars? 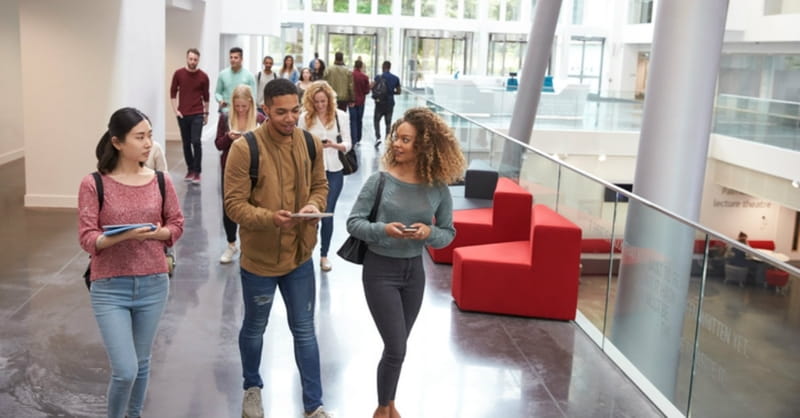 Christian Colleges at a Crossroads: Faithfulness or Federal Dollars?

The pressure from without is financial. While there are some elite universities living off enormous endowments, most schools, including almost every Christian college, don’t have endowments. They depend on government assistance to students, through things like Pell Grants and guaranteed student loans. Which, of course, come with strings attached.

The string causing the most trouble for Christian colleges these days? Title IX, which prohibits discrimination on the basis of sex in any “education program . . .  receiving federal financial assistance.”

The original purpose of Title IX was to guarantee full participation for female students. But the Obama administration decided that Title IX should cover sexual orientation and gender identity.

So schools committed to historic Christian teaching on human sexuality, including the biological basis of sex, immediately faced losing access to the federal funds that help keep them afloat.

While some schools opted out of federal assistance, most haven’t, and many couldn’t.

Thankfully, the Trump administration’s top education policy isn’t to integrate restrooms. So it has backed off of this strange interpretation of Title IX. But who knows what the next administration will do? It’s an ominous prospect.

So many, as was made obvious by their comments included in that NPR article, have preemptively caved. They don’t want to risk losing Title IX funding, or risk running afoul of the students or faculty who champion LGBT ideology on their campuses, even if their “school’s official belief (is) that human beings are created ‘as gendered beings’ and that heterosexuality is ‘God’s design.’”

In fact, it’s just not clear to me at all what many Christian colleges are going to do in the face of this pressure. Which only reveals the real pressure, which is not from without but from within: namely, the lack of a coherent, biblically grounded sexual ethic in so many churches and institutions today.

Take, for example, how one student of a prominent, historic Christian college described her journey of identifying as queer to NPR: “When I realized,” she said, “that my faith wasn’t necessarily about the [Christian Reformed] Church, and it wasn’t even necessarily about the Bible but about my relationship with God and that God is all-encompassing and loving, I felt very free.”

That same feelings-centric sexual ethic, or lack thereof, was on display in another article recently in Christianity Today on surrogacy, especially through the words of women who see surrogacy as a “their ministry,” and who know it’s okay because they “feel at peace.”

All too often, some “inner knowledge” like this is used by Christians to dismiss physical realities, including the goodness of God’s created design for sex and marriage. That’s not Christianity. That’s Gnosticism.

And if it’s not corrected, it will undo Christian colleges. Which would be a tragic loss. Christian colleges uniquely provide a context that unites discipleship and learning, not to mention a real education, where alternative viewpoints can be evaluated and actually debated. That doesn’t happen in most secular institutions today.

But make no mistake, if Christian colleges cave on sex and marriage, they’ll lose what makes them worth saving. If they choose to remain faithful, they’re going to need prayer, ingenuity, and our financial commitment to stay afloat.

So thank God for the faithful institutions and the faithful leaders of Christian higher education. There are many of them. May their tribe increase.