Blessings with Disabilities: You Can't Put a Price Tag on What's Priceless 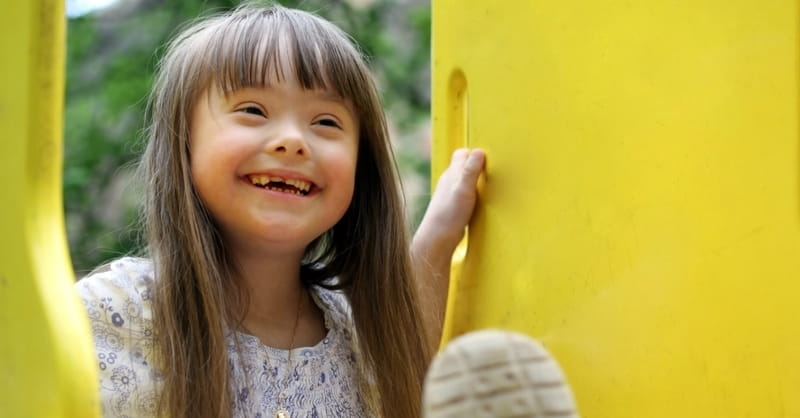 Blessings with Disabilities: You Can't Put a Price Tag on What's Priceless

In Charles Dickens’ “A Christmas Carol,” the pre-reformed Ebenezer Scrooge says that if the poor and crippled are going to die “they had better do it, and decrease the surplus population,” words he bitterly regrets when the Ghost of Christmas Present shows him one of these “surplus” people—Tiny Tim.

Echoes of Scrooge were found in a recent viral video in which a Dutch public health official appears to explain to a man with Down syndrome that he’s costing society approximately “48 thousand Euros a year,” almost ten times what so-called “normal” persons cost annually.

“Wow,” says the young man with Down syndrome.

The video understandably sparked outrage on social media. But as it turns out, the outrage in this instance was misplaced.

The folks over at Hot Air did a little digging and found that the offending clip, which was from a two-year-old TV series called “The Last Downer,” was produced by an evangelical Christian broadcasting company and hosted by two individuals with Down syndrome. In context, this Dutch official with the chalkboard, evidently, was making the case for valuing those with disability, not a case against them. Thank God, this particular Scrooge turned out to be fictional.

But tragically, the idea of tallying the value of a person’s life is anything but fiction. There really is a campaign to eliminate people with disability because of their cost and inconvenience. Back in August, news broke that several European countries, most notably Iceland, are nearing a 100 percent abortion rate for babies diagnosed in the womb with Down syndrome.

And make no mistake: this is what a materialist worldview always inevitably does to people, in one way or another—calculates their usefulness. To those who don’t acknowledge the profound and equal dignity imparted to all by nature of being made in the image of God, it’s only natural to use some extrinsic quality by which to assign a price tag to individuals.

But Christians have something radically different and beautiful to offer—a vision of unconditional love rooted in our common humanity and the example of Jesus.

Few men understood this better than Chuck Colson and R. C. Sproul. For these two giants in the faith, the value of each person no matter his or her ability was more than just an intellectual position. It was deeply personal. Both were grandfathers blessed by God with grandchildren who had a disability.

Yes, I used the word “blessed” there, carefully and intentionally. Chuck said that he couldn’t imagine the Colson family without his grandson Max, who has autism. “This former Nixon ‘hatchet man’ has learned more about love from Max than from anyone else,” Chuck often said.

My friend Joni Eareckson Tada featured the story of Max and his mom, Emily, on a television special several years ago. Also featured was theologian and apologist R. C. Sproul, who just last week entered the Lord’s glory. Sproul spent his life teaching on the sovereignty of God. But that belief was tested when God blessed his son’s family with Shannon, a beautiful little girl with a rare brain disorder.

For fifteen years, Shannon brought “warmth and unconditional love” to the Sproul family before tragically passing away in 2012, shortly after her mom. I can only imagine the joyous reunion that she, her mother, and her grandfather have now experienced.

Folks, this is just how worldviews work—at least when we’re being consistent. To paraphrase Deuteronomy, before us has been laid “life and death, blessings and curses.” Those on the side of life must remind the world that a person’s value can never be tallied on a chalkboard. We must never put a price tag on blessings that God considers priceless.