Biblical History in Broken Jars: Why the Bible 'Sweats' the Details 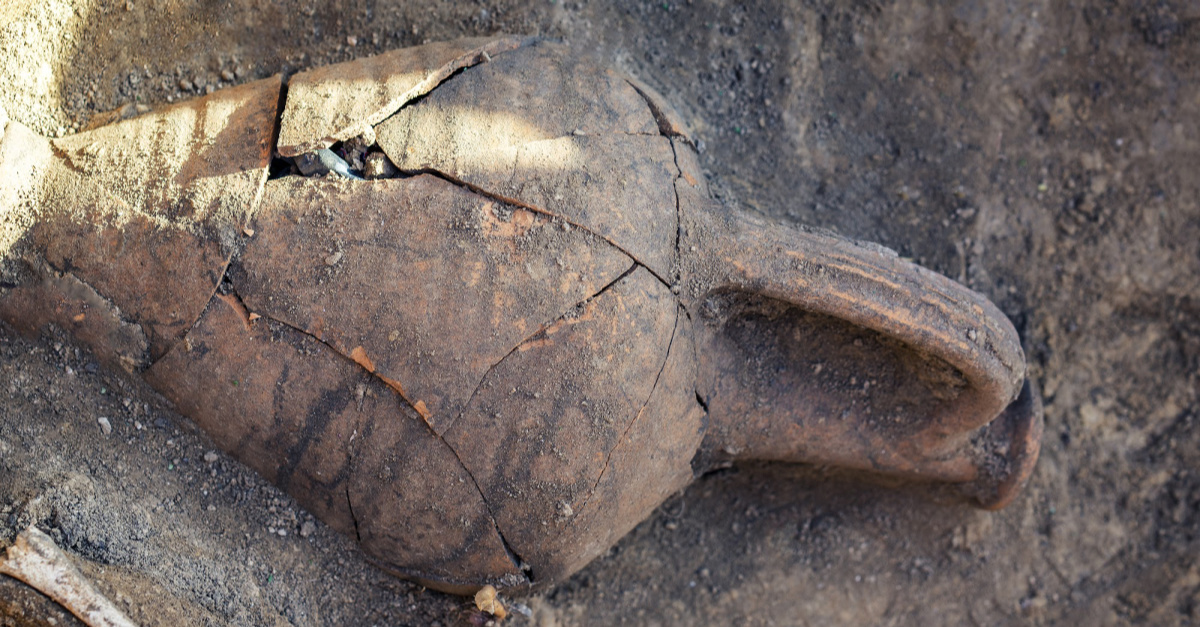 Biblical History in Broken Jars: Why the Bible 'Sweats' the Details

Stop me if this sounds familiar: Archaeologists digging in Israel discover artifacts buried for about three millennia. Upon close examination, their find either confirms the biblical narrative or at least undermines a long-accepted dismissal of a biblical claim.

Okay, don’t stop me. After all, it won’t matter if you try, because I never get tired of telling stories like these.

Archaeologists from Azusa Pacific University and Hebrew University excavating at Tel Abel Beth Maacah (a 3,000-year-old site about four miles west of Dan, which is as far north as you can go and still be in Israel) found a room dating back to the ninth century before Christ “that contained broken jars.”

That may not sound particularly exciting or newsworthy, but stay with me here.

During the reign of King Ahab, Abel Beth Maacah was where the kingdoms of Israel, Aram, and Phoenicia met. The city is mentioned in 2 Samuel 20 as a “city that is a mother in Israel” and part of “the Lord’s inheritance.” Now, some scholars have disputed that Abel Beth Maacah was an Israelite city, as the Bible claims. In their reckoning, the biblical authors were “reading back” subsequent events to more ancient history.

However, some of the jars contained residues that suggested that the room was “an ancient wine cellar,” and at least one of the jars had an inscription which was so faint that it required special equipment to see it. The inscription read “lbnayo,” which means “belongs to Benjamin.”

“Benjamin? Benjamin who?” you might ask. “Who cares?” Well, the important detail here is that the inscription was written in Hebrew.

As Biblical Archaeology Review put it, this finding suggests “that Abel Beth Maacah was an Israelite city at the time when Ahab was the Israelite King.”

Obviously, it’s important to be cautious and not over-interpret the data here. The field of biblical archaeology, and archaeology in general, is a human endeavor subject to human failings like most other areas of study. Sloppiness, bias, fraud, or simple good-faith errors can lead to flawed interpretation of findings. Caution is advised.

Unfortunately, what has long passed for caution in archaeology is what would be better identified as a “hermeneutics of suspicion.” In other words, there is often a taken-for-granted assumption that the Bible can’t be trusted. Because it deals with religion and morality, it must be exaggerating, if not outright lying on its historical claims.

On the other hand, it’s more than a little annoying that the Bible’s contemporaries always seem to get the benefit of the doubt, especially if their claims contradict the Bible.

The classic case is the Exodus. Since no mention of the Exodus exists in contemporaneous Egyptian documents, many scholars assume the Biblical account is fictional. Such an assumption is willfully naïve, ignoring that records were more royal propaganda than neutral reporting. Anything that made the ruler look bad wouldn’t be memorialized by a monument or a mention in official records.

As one writer snarkily suggested, how would such an official Egyptian mention of the Exodus sounded if written in typical royal language? “. . . Ramses the Great . . . before whom all tremble in awe . . . announced that the man Moses had kicked his royal [posterior] for all the world to see, thus proving that God is Yahweh and the 2,000-year-old culture of Egypt is a lie . . .”

Good luck finding that kind of inscription buried in the sand.

Though the kind of caution that accompanies findings like the one at Tel Abel Beth Maacah is prudent, make no mistake. Such caution is seldom about the quality of the evidence behind the historicity of biblical accounts, and more often about a predisposition to treat the Bible like any other religious text. Time after time and way after way, the Bible proves it is not like any other book, religious or otherwise.

Because the Bible actually tells the story of God’s actions in human history, it “sweats” the historical details in ways other religious texts just don’t. And that’s why I never get tired of reporting when these historical details are discovered and validated.