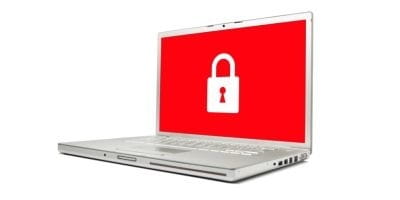 If the Moral Majority had thought of this, the media would be flipping out. If Mitt Romney had proposed this, then they’d say we’re on the verge of a new Dark Ages.

But the idea comes not from conservative Lynchburg or Provo but from liberal Iceland — that’s right, Iceland — a European social welfare state with fewer than 400,000 residents living on a volcanic island in the North Atlantic. Tiny Iceland has a big problem — violent, hardcore internet pornography, which officials say endangers women and children. That’s why some officials want to block access to it.

“We have to be able to discuss a ban on violent pornography, which we all agree has a very harmful effects on young people and can have a clear link to incidences of violent crime,” says Iceland’s interior minister. He’s drafting a law to end access to online pornographic images and videos by young people through computers, games, and smartphones.

This isn’t the push of a lone right-wing candidate or party, but the deliberate consensus of a broad swath of Icelandic society — everyone from the police, to child-welfare experts, to educators. Such images, in the true sense of the word, corrupt the minds of those who view them, and Iceland aims to step in for the good of society.

“Iceland is taking a very progressive approach that no other democratic country has tried,” says researcher Gail Dines. “It is looking at pornography … from the perspective of the harm it does to the women who appear in it … as a violation of their civil rights.”

Of course, many sexual libertines will say, “Why not? It’s the American way — life, liberty, and the pursuit of happiness!” Well, our old friend Chuck Colson used to point out that this does not mean that human beings are endowed with the right to feel good, or to act in any way that pleases ourselves. After all, not all pleasure is legitimate such as the pleasure a child molester feels when abusing a child or a bank robber feels when robbing a bank.

“Our founding fathers understood the pursuit of happiness,” Chuck said, “to mean the pursuit of a virtuous life.” Why is this? Because freedom and virtue must go together. As Edmund Burke once said, “Men of intemperate minds cannot be free. Their passions forge their fetters.”

Os Guinness hit the nail on the head in his great book A Free People’s Suicide when he said that “the greatest enemy of freedom is freedom.” Guinness said our great democratic experiment requires a Golden Triangle of Freedom — a mutually reinforcing triangle of freedom, which requires virtue, which requires faith, which requires freedom, and so on. Freedom unfettered isn’t true freedom — and it becomes slavery and results in moral chaos.

You can catch a special re-air of my interview with Os on "BreakPoint This Week."

Anyone from previous generations would look at all the contemporary sexual wreckage and conclude that we’re absolute fools. The Founders certainly understood that freedom requires moral restraint, because when we pursue only our own pleasure, we sacrifice future generations on the altar of hedonism.

What do you know? We are our brothers’ — and sisters’ — keepers.