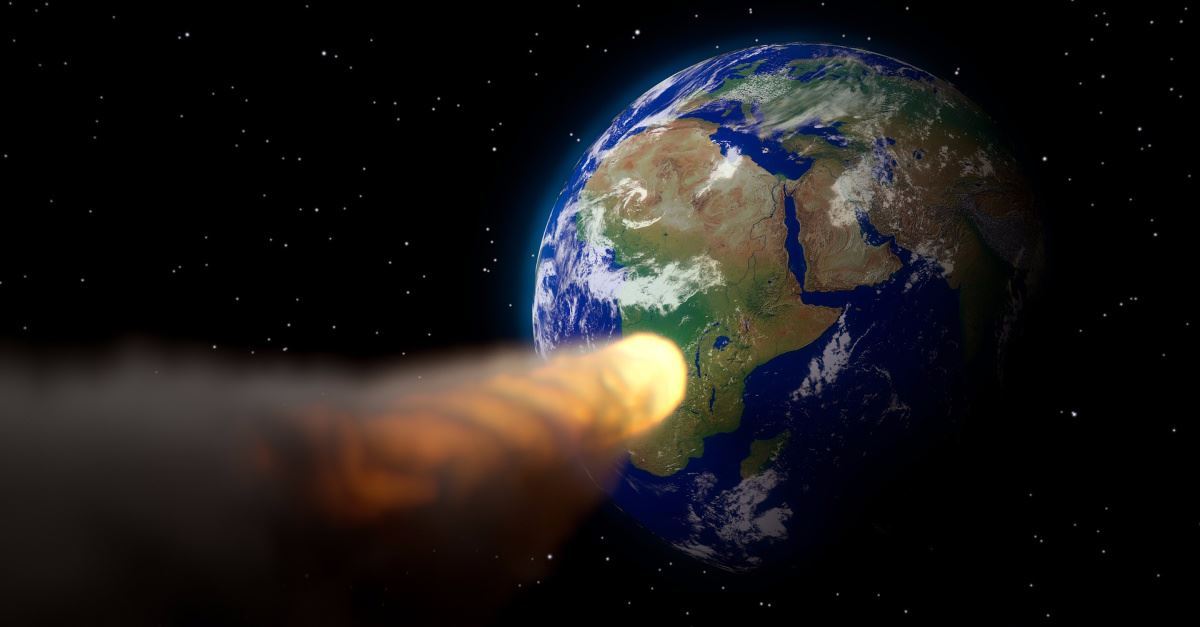 While 19,000 miles sounds like a long way away, in astronomical terms it’s actually the equivalent of having a bullet whiz by your ear. There are man-made satellites that orbit farther from Earth.

Even scarier, it was initially believed there was a slight chance Apophis could strike the Earth in 2036. That’s why, when the asteroid and its trajectory was discovered in 2004, scientists named it after the Egyptian god of chaos who, by the way, is also the villain in the TV series, Stargate-SG1.

Thankfully, that possibility has since been ruled out. Still, as the saying goes “There are plenty more where that came from,” in particular, in the asteroid belt between Mars and Jupiter.

The imminent threat of asteroid-caused destruction was the motivation behind a recent Planetary Defense Conference at NASA’s Goddard Space Flight Center. The purpose of the conference was to discuss “the threat to Earth posed by asteroids and comets, and actions that might be taken to deflect a threatening object.”

While the chances of something the size of Apophis or bigger hitting the Earth are remote, it would only take one to dramatically alter or even destroy human civilization as we know it. Thus, we should be grateful that scientists are taking the potential threat seriously.

And yet, all of this underscores how improbable our very existence, never mind human civilization, is. There is something called the “Rare Earth Hypothesis,” which holds that intelligent life is the result of “improbable astrophysical and geological events and circumstances.”

Whereas people like Carl Sagan insisted, based on faulty math and even faultier logic, that intelligent life was common in the Cosmos, the Rare Earth Hypothesis takes note of all the things that had to go exactly right for us to exist.

Even if the astrophysical requirements are met, there’s still geology. The historian Will Durant once wrote that “civilization exists at the forbearance of geology, subject to change without notice.”

For a stark reminder of how precarious human life and civilization are geologically, just recall the 2004 earthquake and tsunami off the coast of Sumatra that killed more than 200,000 people. As horrific as that geological event was, it wasn’t even the deadliest of my lifetime: In 1976, an earthquake in China killed between 240 and 600 thousand people.

Our response to our persistent existence despite the precariousness of our condition shouldn’t be fear or alarm; it should be wonder and gratitude that we are here at all.

Think of Psalm 8, where considering the moon and stars prompts the question “What is man that you are mindful of him, the son of man that you care for him?” Compared to much of the created order, never mind God, we’re fragile, dependent, and not very powerful.

Nevertheless, God is mindful of us and He does care for us. In the climax to the book of Job, the Lord, speaking out of the whirlwind—yet another natural phenomenon we are powerless against—makes it clear that He is not obligated to speak to us. He is the creator. We are the creatures.

And yet, He does speak to us. Even more than that, he became one of us. He took on our fragility, finitude, and vulnerability.

Physicist Freeman Dyson once wrote that the more he examined the universe and the details of its architecture, the more evidence he found that the universe in some sense must have known we were coming.

Actually, its creator did, which is why we continue to beat the odds.