Asteroid 2019OK’s Near Miss Rocks Scientism: Why a Little Humility Is in Order 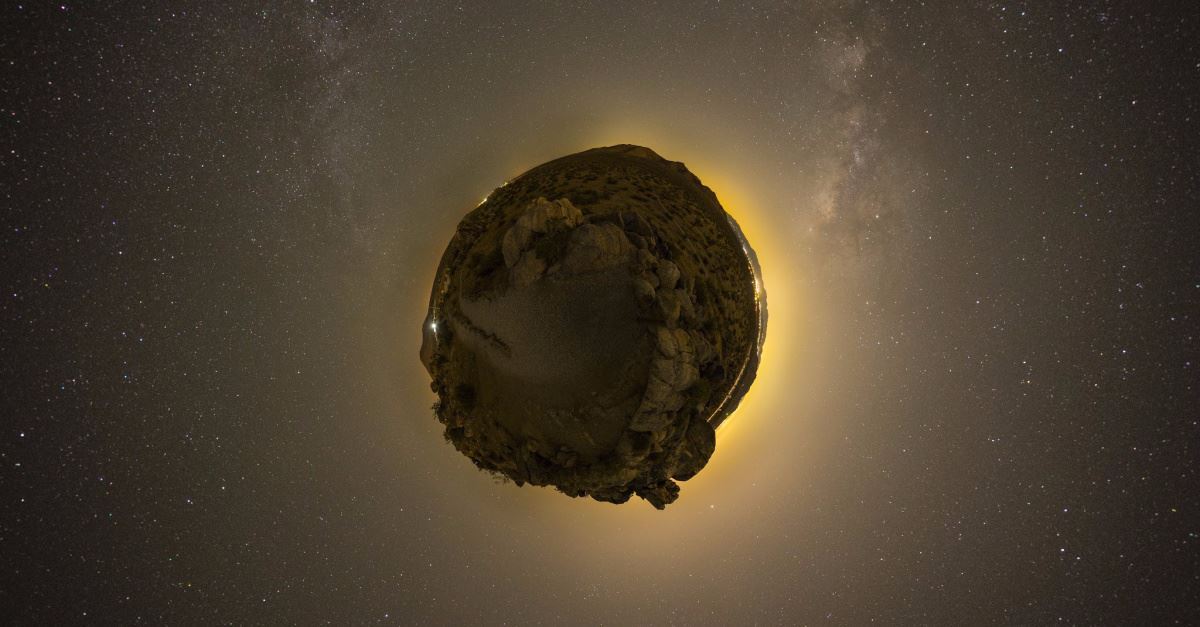 Asteroid 2019OK’s Near Miss Rocks Scientism: Why a Little Humility Is in Order

In the 1998 movie “Armageddon,” the Administrator of NASA, played by Billy Bob Thornton, informs the President that a huge asteroid is on a collision course with Earth. The President then asks, “Why didn’t we see this coming?”

The administrator replies that their budget only “allows us to track about 3% of the sky, and begging your pardon sir, but it’s a [really big] sky.”

This scene came to mind after reading about an asteroid designated 2019OK. On July 25th, the 100-meter wide piece of rock passed within 73,000 kilometers of Earth. To put that distance in perspective, the moon is 384,000 kilometers from Earth.

While 2019OK wasn’t big enough to be a “planet killer,” it could have taken out a large city. That’s why one planetary scientist called the pass by “uncomfortably close.”

Even more uncomfortable was that no one noticed this big rock coming our way until it was almost on top of us. It wasn’t being tracked, so it wasn’t on any list of objects that would be passing near Earth.

But, as they say in sports, “no harm, no foul.” Sure, it jangled some nerves, but no one was hurt by our failure to detect 2019OK until it was too late to do anything about it. Still, there’s a lesson to be learned here…

Though no one was hurt physically, our collective scientific egos should be hurt, or at least chastened. The consistent claims of omniscience afforded to science these days has proven, once again, to be false.

Too often what is called science these days is, in fact, “scientism.” Scientism holds that science, as defined by its proponents, is the only “objective means” by which we should judge things, and the only legitimate way we can know in the first place.

Scientism masquerading as science is everywhere. Take a recent Washington Post article entitled “Five Myths About Consciousness.” One “myth” was that “Science will never understand consciousness.” The author, after calling this idea “pernicious,” assured readers that “the argument that difficult science problems are unsolvable has a very poor track record.” After all, “An entire profession, anesthesiology, is devoted to safely turning consciousness off and on again.”

See what he did there? He defined consciousness as, essentially, being awake, as opposed to what is usually means: the awareness of our own existence, thoughts, environment, and “apartness” from others.

Drugging someone until they fall asleep doesn’t bring you any closer to understanding consciousness than putting a person in a coma by hitting them with a blunt object, but claims to scientific omniscience require this kind of reductionism.

Usually, claims of inevitable omniscience like this are, at most, pretentious. The only real harm is us rolling our eyes so far into the back of our heads that they stick. The danger of our arrogance is much more palpable when it comes to other issues, such as playing God with the human genome. As I have said several times on BreakPoint, gene-editing technology such as CRISPR was made widely available with no more ethical guidance than an admonition to “play nice.”

We simply cannot predict the physical and social impact of gene-editing technology. Of course, that won’t stop us. The potentially disastrous process of “trial and error” with this technology won’t cause us to admit we aren’t nearly as smart as we think we are.

Or, we might put it this way: Tracking asteroids, which follow well-known laws of physics, is child’s play compared to manipulating the human genome. And asteroids still manage to sneak up on us. If we don’t learn from incidents like the 2019OK unexpected flyby, our next surprise visitor could find out that there is no one left to destroy.