Anne of Rainbow Gables? The LGBT Agenda and a Children’s Classic 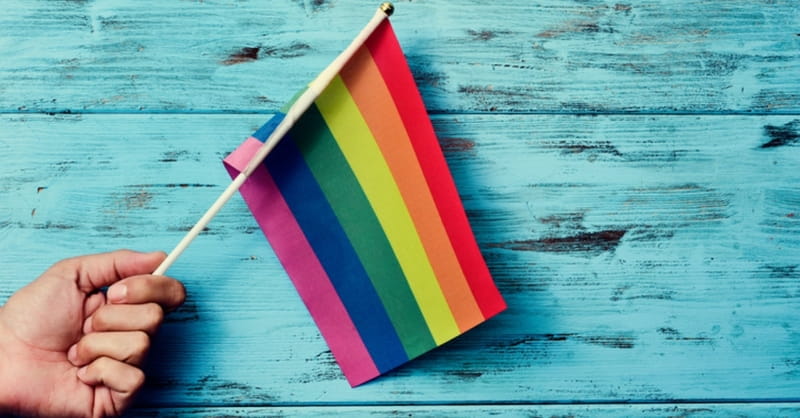 Anne of Rainbow Gables? The LGBT Agenda and a Children’s Classic

When a classic children’s book gets turned into a TV series, it’s usually a cause for celebration. Usually.

One of the most endearing and enduring books for kids is Anne of Green Gables, a 1908 novel about a Canadian orphan who is adopted by a brother and sister on Prince Edward Island.

It’s been filmed a number of times over the years. And given the non-stop campaign to normalize the LGBT lifestyle, it should come as no surprise that the most recent version introduces several homosexual characters.

The Netflix series, titled “Anne with an E,” just began its second season. The episodes are charming—until you get to episode three, in which Anne, her friend Diana Berry, and a boy named Cole attend a gathering at the home of Diana’s great-Aunt Josephine. It turns out the party is a “queer soiree,” featuring men dressed as women, and wearing heavy makeup, and women dressed as men. They are there to honor the memory of Josephine’s departed “partner,” Gertrude.

Looking around her, Anne exclaims to Diana, “Isn’t this the most amazing group of people!” Well, I can’t help thinking that if a sheltered young girl like Anne actually encountered cross-dressing men and women in 1908, she would be shocked and probably frightened—not delighted.

In a scene that takes place in Aunt Josephine’s bedroom, Anne observes a novel on Josephine’s nightstand. Gertrude was reading it the year before. Josephine tells her the books “sit just where she left them.” Anne processes this remark, and then, enlightened, says, “That’s what you meant by, in your way, you were married,” she says.

Diana—who is nonplussed by her discovery of her aunt’s relationship with Gertrude, tells Anne their love affair was “unnatural.”

But the boy Cole—a character who is invented for the TV series—soon straightens her out. “If your aunt lived her life feeling … that she was broken, defective, or unnatural, and one day she met someone that made her realize that wasn’t true . . .shouldn’t we be happy for her?”

Cole later confesses to Aunt Josephine that he thinks he is “like you and Gertrude.” Josephine tells him, “You have a life of such joy before you.”

And in case you missed the gay-is-good point of the episode, the writers have Anne asking another character: “How can there be anything wrong with a life if it’s spent with a person you love?”

It’s unlikely that Anne would ever have heard a sermon about homosexuality in her day and age. If she had, she would have known what scripture teaches about homosexual relationships: that they run counter to God’s plan for human flourishing.

The gay-themed episode of “Anne with an E” has led many parents to turn the channel. As one of them wrote on the Facebook page of a Christian film review site, “The gay agenda completely ruined a perfectly heartwarming and uplifting story.” Another wrote, “I just want wholesome–and no agenda.”

Amen to that. Look, the secular world understands the importance of worldview teaching just as Christians do—and often teaches through films and TV programs.

It will become harder and harder to avoid the “gay is good” message in the media. Which is why, as John Stonestreet says, we need to train our children to ask questions about the ideas and characters they encounter. Help them discern truth from error. Because the truth of how God designed human sexuality remains, no matter how LGBT-saturated entertainment gets.