A New Rain (Reign?) of Faith in Europe: Hope for Christianity on the Continent 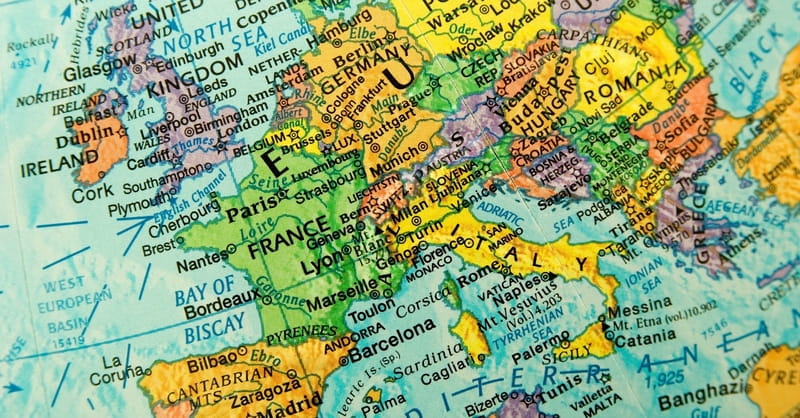 A New Rain (Reign?) of Faith in Europe: Hope for Christianity on the Continent

It’s become customary to refer to Europe as “post-Christian.” But this is an overstatement—and it obscures large differences in religious practices across the continent: For instance, Poles are far more likely to attend church on a weekly basis than Scandinavians—and even more likely than Americans. Still, it’s difficult to dispute the idea that Christianity’s influence in Europe, on both a personal and societal level, is in decline.

But a pair of recent stories suggests that this may be changing.

The first story was a column in the U.K.’s Telegraph newspaper. The headline read “Our politicians are more devout than ever—so it’s time we started taking their faith seriously.”

In it, Nick Spencer, whose just-released book is entitled “The Mighty and the Almighty: How political leaders do God,” notes that rather than European politics becoming a “God-free zone,” one of the “most striking trends of the last generation or so is how many Christian politicians have risen to the top of the political tree.”

Whereas in the thirty-five years following the end of World War II, only one Prime Minister, Harold Macmillan, could be described as “devout,” since then, at least three of his successors—Margaret Thatcher, Tony Blair, and now Theresa May—could be described that way.

And it’s not only Britain. As Christianity Today recently told readers, German Chancellor Angela Merkel’s Christianity is “deep,” “genuine,” and “important” to her life.

Even in France, the country that invented and institutionalized modern secularism, what the French call “laïcité,” Catholicism has become a kind of “X Factor” in the upcoming presidential elections.

And that brings me to the second story. In the most recent issue of the Jesuit magazine, America, Pascal-Emmanuel Gobry told readers that a few years back, he noticed that “Whenever I was less than five minutes early for Mass, I had to go to the overflow room.” His church “was filled to the gills every Sunday, with young families and children most of the time.”

He decided to see how widespread this phenomenon was, so he visited parishes all over Paris and found the same thing: Sunday high Mass is packed in most parishes in Paris. The same is true in France’s second largest city, Lyon. It’s even true, albeit to a somewhat lesser extent, in his family’s home village.

What was once a revival that “you could fleetingly smell in the air,” has become more tangible, nowhere more so than in the movement called La Manif Pour Tous, “protest for all.” La Manif got 200,000 people in Paris alone to march in protest against legalizing same-sex marriage.

This in turn spawned other Christian movements in a country that supposedly had moved beyond that sort of thing. What these movements share is an opposition to liberalism, which in the French context means “a drive for ever-greater individual liberty.” As Gobry writes, “Liberalism, in this view, is responsible for sexual depravity and the culture of death,” and “leads both to abortions and to quasi-slaves in third world factories making disposable consumer items of questionable worth.”

While French Christianity still has a ways to go, what Gobry describes brings to mind the “cloud as small as a man’s hand . . . rising from the sea” Elijah’s servant saw in 1 Kings 18. Secularism has left Europeans “in a dry and weary land where there is no water.” Let us pray that God sends much-needed rain to both sides of the Atlantic.

Now, if you’d like to be a part of a growing movement to promote the faith in all areas of life here in the U. S. you’ve got to check out the Colson Fellows Program. Great teaching, great fellowship, and great preparation for a lifetime of Kingdom work. And you can apply online! Visit colsonfellows.org. That’s colsonfellows.org.