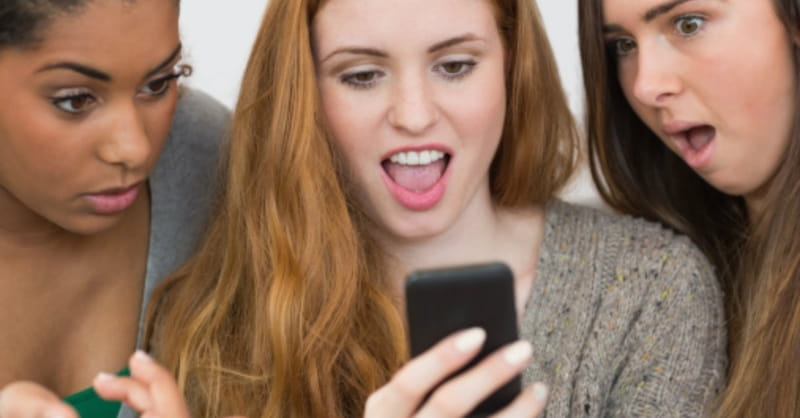 I don’t normally offer one-size-fits all parenting advice on BreakPoint. But please, if your child has a smart phone or mobile device, drop what you’re doing and check it for affinity-based apps, specifically “Amino” apps and “Musical.ly.” If you find them, delete them, and then schedule dedicated time to talk with your child about what they’ve seen.

Affinity-based apps are like digital octopi with a hundred thousand legs each. The legs are common, interest-specific front doors that bring people together. With them, kids and teens are able to find a world of friends that like the same things they do.

Enjoy stamp collecting? Japanese anime? Virtuoso harmonica playing? There are hundreds of thousands of kids out there who do too, and these apps help find them for you at the tap of a finger.

This sounds harmless enough, until you realize the digital unmoderated world to which these apps lead. Recently, after speaking at a conference, a father came up to me crying, telling me that in just three clicks of his 10-year-old daughter’s Amino account, he found unmoderated discussions of sexual identity, pansexuality, bulimia, anorexia, and suicide. It was like a digital “Lord of the Flies.”

My friends at Axis.org have written a Parent’s Guide to Amino Apps that I want you to have. Please come to BreakPoint.org to find it. It’s absolutely free.

The age restriction for these apps is 12 years and up. That’s way too young. One parent’s watch dog group suggested it should be at least 16. But this dad’s little girl, and all of her friends, were 10. Listen:  no one is policing the age limits.

Look, I can think of at least three good reasons why you should eliminate these apps from your child’s smart phone or tablet.

First, they will almost certainly come across something horrifying on these apps that children shouldn’t be exposed to. It’s easily accessible and it’s predatory content. Second, these apps are completely unregulated, unmonitored communities. They’re filled not only with unaccountable preteen and teen users having discussions about these things, but, you guessed it, predators.

Finally, while I suppose these apps might be useful for responsible, mature users, they reinforce one of our culture’s most insidious lies: that affinity—especially sexual affinity—is our identity. But it’s not. We’re created in the image of God and being conformed to the image of Christ. That’s our identity. Not our common interests, especially if those are self-destructive or deviant interests.

Please, take time to read the Parent’s Guide to Amino Apps offered by Axis. Set aside a couple hours to explain to your child or teen why you think these apps are unwise. If they’ve been into these communities, ask them about their experiences, and be ready to listen with understanding and love if your child has already walked through some of the dark doors I’ve just described.

And finally, don’t let anyone tell you that taking control of your child’s digital behavior is somehow mean or overbearing. We have to protect our kids from digital predators just as we would a predator on the street. Both can and do kill. Your teen’s safety and wellbeing are more important than any online community.

You can find this Parent’s Guide to Amino Apps at BreakPoint.org.