1.77 Kids Aren't Enough: The Consequences of a Shrinking Population 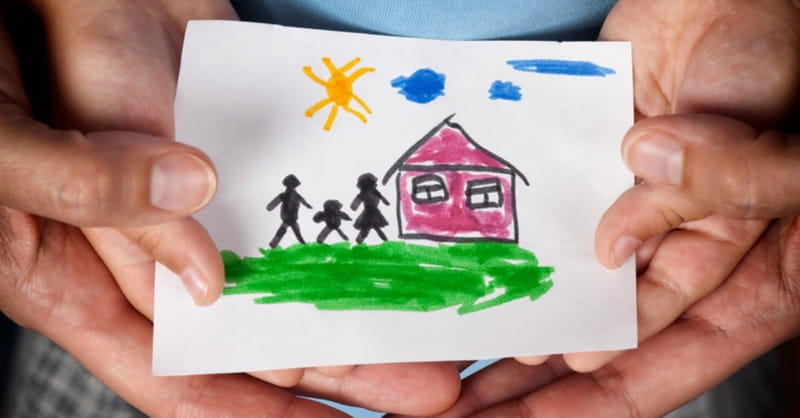 1.77 Kids Aren't Enough: The Consequences of a Shrinking Population

An old Far Side cartoon by Gary Larson portrays an average American couple welcoming visitors to their home. In the corner of the living room sits a little boy watching TV and next to him, is half of another little boy. “Come on in!” exclaim the couple, “Have you met Russel and Bill, our 1.5 children?”

Larson’s attempt to make fun of the American average, unfortunately, wasn’t that far off. In fact, America’s fertility rate may be hitting a historic low.

Lyman Stone, an economist at the U.S. Department of Agriculture, writes at Medium about what he’s calling “the great baby bust of 2017.”

The latest official estimate—taken from two-year-old data—puts the U.S. fertility rate at 1.84. In other words, the average American woman will have just under two children in her lifetime. This is well below the replacement rate, or the average number of children necessary to keep a country’s population from declining.

But as Stone argues, this estimate is already hopelessly out-of-date. Using monthly birth data from 2016 and 2017, he suggests the birth rate in America has plummeted to somewhere near 1.77 births on average. His graph of American fertility since 2008 looks like a double diamond ski slope.

Millennials—who right now are in their prime childbearing years—are the ones mainly driving this downhill trend. Not only are they getting married at lower rates than their parents did, but they’re having fewer children total. Many struggle to find stable work, are too focused on their careers, and find themselves saddled with college debt. Others just don’t like kids,  or vastly overestimate the cost of raising them, or just think the world is overpopulated—a myth now thoroughly debunked, by the way.

Whatever the reason, young adults are choosing to keep their nests mostly empty. And this is bad news for our economy, our culture, and our future as a nation.

As Weekly Standard digital editor Jonathan Last writes in his book, “What to Expect When No One’s Expecting,” countries where citizens aren’t having enough babies can look forward to long-term economic stagnation and social deterioration. “There is no economy that has managed to knock out gangbuster growth with a declining population,” he told The Atlantic, recently.

Journalist Philip Longman explains that “As governments raise taxes on a dwindling working-age population to cover the growing burdens of supporting the elderly, young couples may conclude they are even less able to afford children…” This creates a vicious cycle of childlessness, overwork, and despair, as seen in graying, shrinking countries like Japan, or in Europe, where some governments actually pay couples to get pregnant.

Also, children, because they are tomorrow’s labor force and consumers, are also the economic engines of the future. And on an individual level, the regret of having fewer children is verifiable. According to a Pew pollin 2014, a whopping 40 percent of mothers nearing the end of their childbearing years say they have fewer kids than they would have liked.

But that’s not all: a declining population also hurts us in ways that are harder to quantify in dollars and cents.

Babies, in a unique way, tend to make adults care about the future that’s beyond their own lifetimes. They’re often the reason people save, invest, make sacrifices, and most importantly defer gratification. When children become scarce, people are less apt to do these things and therefore they stop thinking about a future that’s beyond themselves.

And tomorrow on BreakPoint, my colleague Eric Metaxas will offer a glimpse into what that kind of future will look like, if the birth dearth continues. Please tune in.