What J.R.R. Tolkien Had to Say about Sex 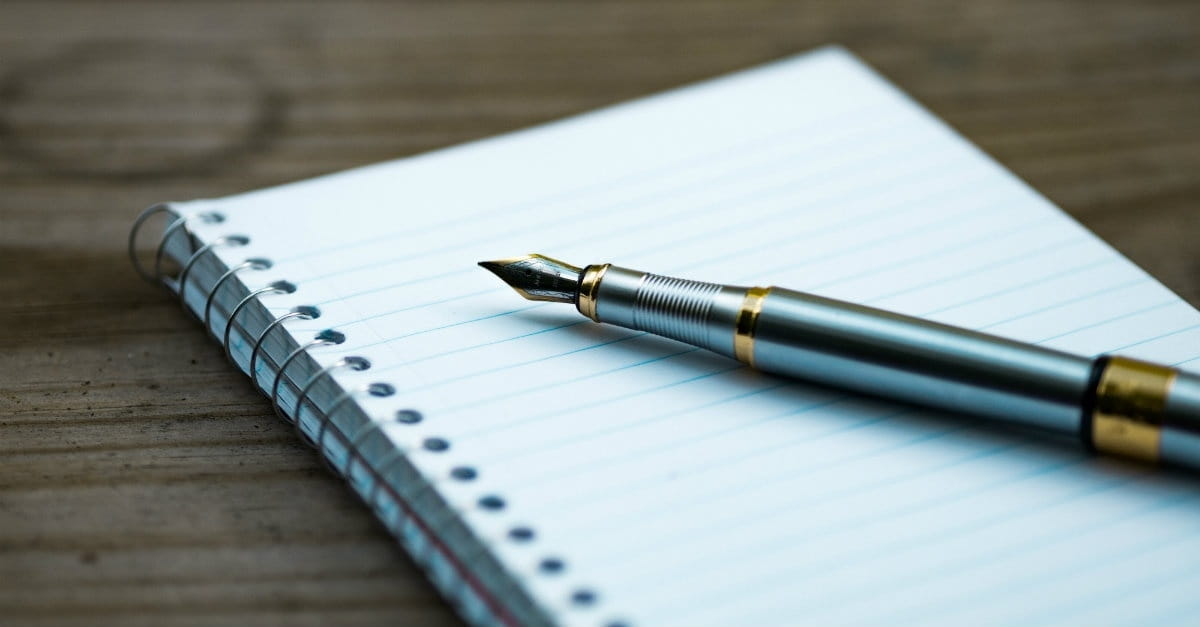 What J.R.R. Tolkien Had to Say about Sex

This article originally appeared on March 11, 2014.

The astounding popularity of J.R.R. Tolkien and his writings–magnified many times over by the success of the “Lord of the Rings” films–has ensured that Tolkien’s fantasy world of moral meaning stands as one of the great literary achievements of our times.

In some sense, Tolkien was a man born out of time. A philologist at heart, Tolkien was most at home in the world of ancient ages, even as he witnessed the barbarism and horrors of the 20th century. Celebrated as a popular author, he was an eloquent witness to permanent truths. His popularity on university campuses, extending from his own day right up to the present, is a powerful indication of the fact that Tolkien’s writings reach the hearts of the young, and those looking for answers.

Even as Tolkien is celebrated as an author and literary figure, some of his most important messages were communicated by means of letters, and some of the most important letters were written to his sons.
Tolkien married his wife Edith in 1916, and the marriage was blessed with four children. Of the four, three were boys. John was born in 1917, Michael in 1920, and Christopher in 1924. Priscilla, the Tolkiens’ only daughter, was born in 1929.

Tolkien dearly loved his children, and he left a literary legacy in the form of letters. Many of these letters were written to his sons, and these letters represent, not only a hallmark of literary quality, but a treasure of Christian teaching on matters of manhood, marriage, and sex. Taken together, these letters constitute a priceless legacy, not only to the Tolkien boys, but to all those with whom the letters have been shared.

In 1941, Tolkien wrote a masterful letter to his son Michael, dealing with marriage and the realities of human sexuality. The letter reflects Tolkien’s Christian worldview and his deep love for his sons, and at the same time, also acknowledges the powerful dangers inherent in unbridled sexuality.

“This is a fallen world,” Tolkien chided. “The dislocation of sex-instinct is one of the chief symptoms of the Fall. The world has been ‘going to the bad’ all down the ages. The various social forms shift, and each new mode has its special dangers: but the ‘hard spirit of concupiscence’ has walked down every street, and sat leering in every house, since Adam fell.” This acknowledgement of human sin and the inevitable results of the Fall stands in stark contrast to the humanistic optimism that was shared by so many throughout the 20th century. Even when the horrors of two world wars, the Holocaust, and various other evils chastened the century’s dawning optimism of human progress, the 20th century gave evidence of an unshakable faith in sex and its liberating power. Tolkien would have none of this.

“The devil is endlessly ingenious, and sex is his favorite subject,” Tolkien insisted. “He is as good every bit at catching you through generous romantic or tender motives, as through baser or more animal ones.” Thus, Tolkien advised his young son, then 21, that the sexual fantasies of the 20th century were demonic lies, intended to ensnare human beings. Sex was a trap, Tolkien warned, because human beings are capable of almost infinite rationalization in terms of sexual motives. Romantic love is not sufficient as a justification for sex, Tolkien understood.

Taking the point further, Tolkien warned his son that “friendship” between a young man and a young woman, supposedly free from sexual desire, would not remain untroubled by sexual attraction for long. At least one of the partners is almost certain to be inflamed with sexual passion, Tolkien advised. This is especially true among the young, for Tolkien believed that such friendships might be possible later in life, “when sex cools down.”

As any reader of Tolkien’s works understands, Tolkien was a romantic at heart. He celebrated the fact that “in our Western culture the romantic chivalric tradition [is] still strong,” though he recognized that “the times are inimical to it.” Even so, as a concerned father, Tolkien warned Michael to avoid allowing his romantic instinct to lead him astray, fooled by “the flattery of sympathy nicely seasoned with a titillation of sex.”

Beyond this, Tolkien demonstrated a profound understanding of male sexuality and the need for boundaries and restraint. Even as he was often criticized for having an overly negative understanding of male sexuality, Tolkien presented an honest assessment of the sex drive in a fallen world. He argued that men are not naturally monogamous. “Monogamy (although it has long been fundamental to our inherited ideas) is for us men a piece of ‘revealed’ ethic, according to faith and not to the flesh.” In his own times, Tolkien had seen the binding power of cultural custom and moral tradition recede into the historical memory. With the “sexual revolution” already visible on the horizon, Tolkien believed that Christianity’s revealed sex ethic would be the only force adequate to restrain the unbridled sexuality of fallen man. “Each of us could healthfully beget, in our 30 odd years of full manhood, a few hundred children, and enjoy the process,” Tolkien admonished his son. Nevertheless, the joys and satisfactions of monogamous marriage provide the only true context for sexuality without shame. Furthermore, Tolkien was confident that Christianity’s understanding of sex and marriage pointed to eternal, as well as temporal pleasures.

Even as he celebrated the integrity of Christian marriage, Tolkien advised Michael that true faithfulness in marriage would require a continual exercise of the will. Even in marriage, there remains a demand for denial, he insisted. “Faithfulness in Christian marriage entails that: great mortification. For a Christian man there is no escape. Marriage may help to sanctify and direct to its proper object his sexual desires; its grace may help him in the struggle; but the struggle remains. It will not satisfy him–as hunger may be kept off by regular meals. It will offer as many difficulties to the purity proper to that state, as it provides easements. No man, however truly he loved his betrothed and bride as a young man, has lived faithful to her as a wife in mind and body without deliberate conscious exercise of the will, without self-denial.”

Tolkien traced unhappiness in marriage, especially on the part of the husband, to the Church’s failure to teach these truths and to speak of marriage honestly. Those who see marriage as nothing more than the arena of ecstatic and romantic love will be disappointed, Tolkien understood. “When the glamour wears off, or merely works a bit thin, they think they have made a mistake, and that the real soul-mate is still to find. The real soul-mate too often proves to be the next sexually attractive person that comes along.”

With these words, Tolkien advised his middle son that marriage is an objective reality that is honorable in the eyes of God. Thus, marriage defines its own satisfactions. The integrity of Christian marriage requires a man to exercise his will even in the arena of love and to commit all of his sexual energy and passion to the honorable estate of marriage, refusing himself even the imagination of violating his marital vows.

In a letter to his friend C.S. Lewis, Tolkien advised: “Christian marriage is not a prohibition of sexual intercourse, but the correct way of sexual temperance–in fact probably the best way of getting the most satisfying sexual pleasure . . . .” In the face of a world increasingly committed to sexual anarchy, Tolkien understood that sex must be respected as a volatile and complex gift, bearing potential for great pleasure and even greater pain.

With deep moral insight, Tolkien understood that those who give themselves most unreservedly to sexual pleasure will derive the least pleasure and fulfillment in the end. As author Joseph Pearce, one of Tolkien’s most insightful interpreters explains, sexual temperance is necessary “because man does not live on sex alone.” Temperance and restraint represent “the moderate path between prudishness and prurience, the two extremes of sexual obsession,” Pearce expands.

Explicit references to sexuality are virtually missing from Tolkien’s published works, allegories, fables, and stories. Nevertheless, sex is always in the background as part of the moral landscape. Joseph Pearce understands this clearly, arguing that Tolkien’s literary characters “are certainly not sexless in the sense of being asexual but, on the contrary, are archetypically and stereotypically sexual.” Pearce makes this claim, notwithstanding the fact that there is no sexual activity or overt sexual enticement found in Tolkien’s tales.

How is this possible? In a profound employment of the moral spirit, Tolkien presented his characters in terms of honor and virtue, with heroic men demonstrating classical masculine virtues and the heroines appearing as women of honor, valor, and purity.

Nevertheless, we would be hard pressed to understand Tolkien’s understanding of sex, marriage, and family if we did not have considerable access into the realities of Tolkien’s family and his role as both husband and father. Tolkien’s letters, especially those written to his three sons, show the loving concern of a devoted father, as well as the rare literary gift Tolkien both possessed and employed with such power.

The letter Tolkien wrote Michael in the year 1941–with the world exploding in war and civilization coming apart at its seams–is a model of fatherly concern, counsel, and instruction. We should be grateful that this letter is now accessible to the larger world, and to the rest of us.

From the vantage point of the 21st century, Tolkien will appear to many to be both out of step and out of tune with the sexual mores of our times. Tolkien would no doubt take this as a sincere, if unintended, compliment. He knew he was out of step, and he steadfastly refused to update his morality in order to pass the muster of the moderns.

Writing to Christopher, his youngest son, Tolkien explained this well. “We were born in a dark age out of due time (for us). But there is this comfort: otherwise we should not know, or so much love, what we do love. I imagine the fish out of water is the only fish to have an inkling of water.” Thanks to these letters, we have more than an inkling of what Tolkien meant.

This essay appeared in my book Desire and Deceit: The Real Cost of the New Sexual Tolerance. Reprinted here by request.