Those Who Walk in Darkness Have Seen a Great Light 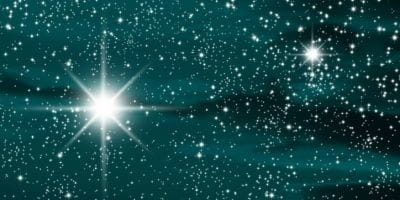 Those Who Walk in Darkness Have Seen a Great Light

“The people who walk in darkness will see a great light. Those who live in a dark land, the light will shine on them” (Isaiah 9:2). Those words from the prophet Isaiah told of the coming Prince of Peace, and of the light and life He would bring.

Christmas arrives again with all the promise of remembrance and celebration. Christians celebrate Christmas because the light did dawn. The birth of Jesus in Bethlehem was not only the fulfillment of biblical prophecy, but the dawn of a new age. As the angels declared to the shepherds, this infant is “a Savior, who is Christ the Lord.”

This is the very essence of Christmas: The birth of the Savior. To understand Christmas is to know that the ultimate peace the Savior would bring would be established by His death and resurrection. Even as Jesus came to save His people from their sins, Christ’s birth points towards His cross and the fulfillment of His saving work.

When Isaiah told of the coming Prince of Peace, he spoke of light dispelling darkness. The metaphor of light is central to our celebration of Christmas. After all, even as John introduces his gospel by identifying Jesus as the Word who became flesh, John also describes Jesus as “the True Light which, coming into the world, enlightens every man.”

The image of light dispelling darkness is central to our understanding of the incarnation and its meaning. When Jesus was presented at the temple shortly after His birth, the aged Simeon recognized this child as “A Light of revelation to the Gentiles, and the glory of Your people Israel.”

The metaphor of light makes sense only against a background of darkness. In the Bible, darkness is a rich metaphor that points to a double reality. In one sense, darkness points to the simple fact of human ignorance. Those who are “in the dark” are those who lack knowledge. To the Jewish mind, this metaphor had particular application to the Gentile world -- a world that had not received the grace of God through the revelation of the Torah, the prophets, and the written revelation of God. Even today, we know that untold millions still dwell in deep darkness, having never heard about the one true God or of Jesus Christ, His only Son.

This is hard to believe -- the Son of God took on human flesh and came to live among sinful humanity, but the vast majority did not recognize Him for who He is.

As a celebration of light, Christmas is the festival that points to the glory of God in the revelation of the Son in Bethelehem’s humble manger. We rightly point to Christ’s birth as the central event of human history -- the dividing line between the age of darkness and the age of light. This is reason enough to celebrate Christmas, for our response to this gift of light must be a celebration, thanksgiving and rejoicing.

Preaching on a Christmas morning almost 500 years ago, Martin Luther reminded his congregation that the proper response to the Christian story is not mere rejoicing nor casual interest, but faith. Beyond this, Luther understood that this faith has two important dimensions.

Luther reminded his congregation that most persons know how to rejoice when they are given a Christmas gift. “But how many are there who shout and jump for joy when they hear the message of the angel: ‘To you is born this day the Savior'? Indeed, the majority look upon it as a sermon that must be preached, and when they have heard it, consider it a trifling thing, and go away just as they were before. This shows that we have neither the first nor the second faith.”

As Luther understood, to hear the Christmas story and to respond with mere interest is an indication of faith’s absence. Furthermore, Luther helpfully reminded his congregation that a mere affirmation of the fact that the incarnation occurred is not saving faith. “We do not believe that the virgin mother bore a son and that he is the Lord and Savior unless, added to this, I believe the second thing, namely, that he is my Savior and Lord.”

In other words, the message of Christmas is received when Jesus Christ is not merely affirmed as the baby in Bethlehem’s manger, but as one’s own Savior and Lord.

“When I can say: This I accept as my own, because the angel meant it for me, then, if I believe it in my heart, I shall not fail to love the mother Mary, and even more the child, and especially the Father,” Luther continued. “For, if it is true that the child was born of the virgin and is mine, then I have no angry God and I must know and feel that there is nothing but laughter and joy in the heart of the Father and no sadness in my heart. For, if what the angel says is true, that he is our Lord and Savior, what can sin do against us?”

With those words, Luther articulated the majestic faith of Christmas -- the faith that saves. When Christmas is rightly understood, we know that God loves us, even as we are sinners who deserve no love. We also understand that this love is demonstrated in the gift of the Son, who would die for our sins and would be raised by the Father in order to secure our salvation.

Thus, a true Christmas is celebrated when we come to understand, to know, to celebrate, and to receive the fact that Jesus Christ is not merely a Savior, but our Savior.

The image of light is central, not only to Christmas, but to Christianity. Jesus said: “I am the Light of the world; he who follows Me will not walk in the darkness, but will have the Light of life” (John 8:12). This is the sum and substance of Christmas. The people who have walked in darkness have seen a great light. Those who have lived in a dark land have now experienced the shining of the Light of life.