The Church and the ‘Clobber Scriptures:' The Bible on Homosexuality 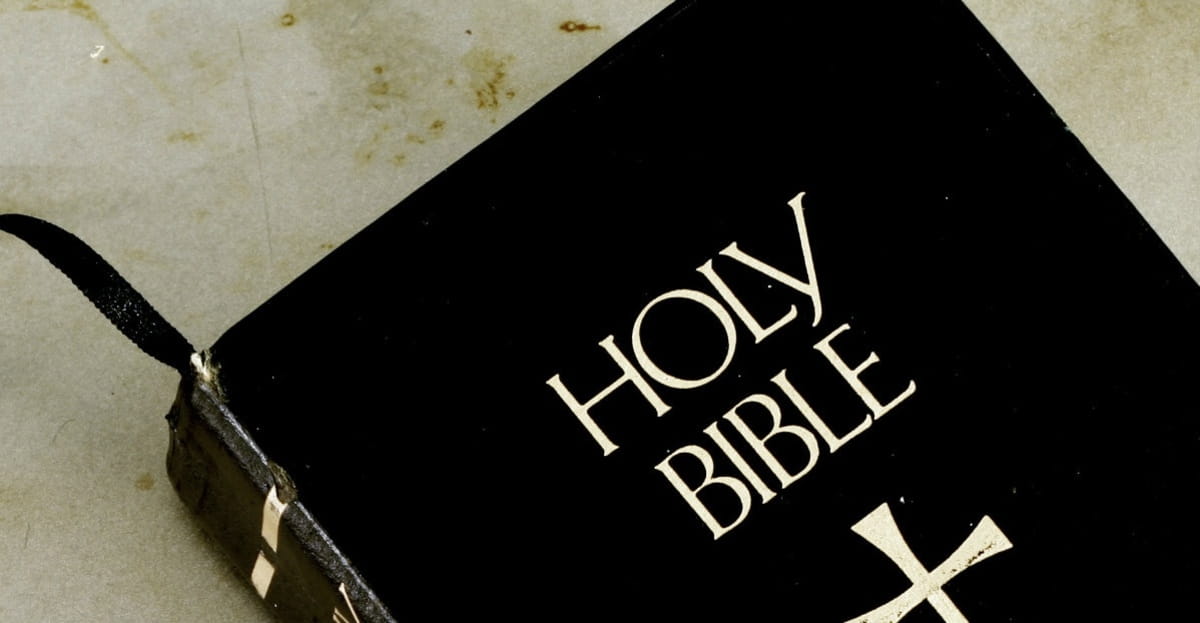 The Church and the ‘Clobber Scriptures:' The Bible on Homosexuality

Is the Church guilty of beating people with the Bible? As strange as that argument might sound, it is actually a powerful weapon in the hands of those who are determined to normalize homosexuality and same-sex marriage within the Church. Those pushing for the acceptance of homosexuality now argue that Christians opposed to that agenda are “clobbering” sinners with the biblical text.

There seems to be no authoritative original source for this very powerful rhetorical innovation, but it has become increasingly popular in recent years, and it is deployed as a way of subverting the Bible’s condemnation of same-gender sexuality.

In his new book, Fall to Grace, Jay Bakker presents a classic form of this argument. Bakker, the son of Jim and Tammy Faye Bakker, is now co-pastor of Revolution Church in New York City — a congregation described by New York magazine as “a church that is still figuring out its message.” Well, it may be trying to figure out its message on some issues, but on homosexuality its position is very clear.

Jay Bakker was only a tween when his parents became involved in the massive scandal that led to the collapse of their PTL ministry, complete with its theme park known as “Heritage USA.” As Bakker makes clear, the big lesson he learned from that scandal was that Christians show precious little grace. In Fall to Grace, Bakker sets out his vision of Christianity. He levels some legitimate criticisms at the Church, but what he offers is a revisionist reworking of Christianity and the Gospel that is actually just a rehash of Protestant Liberalism in the early twentieth century.

In a lengthy and insightful profile of Jay Bakker, Alex Morris of New York magazine argues that Bakker has reduced Christianity to a message of forgiveness and little else. “The rest of Protestant Christianity, however, he’s basically prepared to ditch — a stance that pushes him beyond the far liberal wing of the Evangelical Christian community and into what is known as the ‘Emergent’ ministry,” Morris notes. He describes the perplexity of some within Revolution Church who are trying to figure out what the Church actually believes. He asks: “Once you strip so much out of Christianity, what is left?”

Jay Bakker holds to an evolutionary theology. In Fall to Grace, he argues that there is an evolutionary theology within the Bible and that the character of God changes from the Old Testament to the New. Bakker credits author Brian D. McLaren with the argument that the Bible reveals “a trajectory that points inexorably from judgment and punishment in the distant past through time toward forgiveness and all-encompassing love.” Bakker argues against “trying to maintain scriptural consistency” and proclaims that we are “not stuck with the angry God encountered in the Old Testament (and, yes, in some places in the New Testament).”

In the book, Bakker explains how he came to affirm homosexuality and even to perform at least one same-sex marriage. He argues that the Church must evolve in its understanding of the moral teachings in the Bible. He concedes that the Old Testament clearly condemns same-sex sexual behaviors, but he rejects this as irrelevant for the Church: “The truth is that the Bible endorses all sorts of attitudes and behaviors that we find unacceptable (and illegal) today and decries others that we recognize as no big deal,” he says.

He rejects the Old Testament as containing laws, including laws concerning human sexuality, that merely “reflect social concerns of another time and place.” Therefore: “Just as our thinking has evolved in these other areas, so it must evolve on the subject of homosexuality.”

When he turns to the New Testament, Bakker identifies three texts he calls “clobber Scriptures.” Why? Because, he explains, “they’re used to beat people over the head.”

These texts include 1 Timothy 1:10, 1 Corinthians 6:9-10, and Romans 1:25-27. Bakker draws from recent liberal scholarship to argue that these texts actually do not deal with homosexuality at all, but with promiscuity, gang rape, and “immoderate indulgence.”

These arguments have become standard fare among those advocating for the acceptance of homosexuality, and they are trotted out in almost every public debate on the issue. But the arguments fail for two very important reasons. First, the arguments are just not faithful to the texts involved, which clearly condemn same-sex behavior. Second, the arguments are based on the absurd claim that the Church has misunderstood these texts for centuries, only to be “corrected” by revisionist scholars in recent decades.

Nevertheless, the most important aspect of Bakker’s argument is his way of dismissing the texts as “clobber Scriptures” — suggesting that the Church is misusing them by telling homosexuals that same-sex behaviors are sinful.

Interestingly, the word “clobber” took on the idea of physical violence only during World War II, when, according to linguists, “clobber” was used with reference to aerial bombing raids. It is well established in our vocabulary now, which is what makes this rhetorical strategy so effective. It simply isn’t right to clobber people.

But is that what Christians do when we affirm the truthfulness and authority of the Bible? Is it “clobbering” people to point out that Scripture identifies their behavior or attitudes as sinful?

Certainly not — at least not when the biblical truth is asserted honestly. In other words, not when we honestly confess that our sins, too, are condemned within the same Bible.

God loved sinful humanity so much that he gave us the Bible — and the Law — in order that we might know with revealed specificity the truth about our own sinfulness. Then, we truly celebrate what it means that “God so loved the world that he gave his only Son, that whoever believes in him should not perish but have eternal life.” [John 3:16]

The Bible’s condemnation of same-sex behaviors is comprehensive and clear. It is interwoven with the Bible’s message concerning God’s plan for humanity, marriage, and society — and the Gospel. Human flourishing is found only by living in obedience to God’s revealed plan. Our rebellion against the Creator is never so insidious as when we declare that our own plan is superior to his.

When the Bible, in part or in whole, is dismissed as “clobber Scriptures,” it is not only the Bible that is subverted, but also the Gospel. The Church must recognize that fact clearly — and fast.

On the use of the word “clobber” with reference to the Bible, an interesting example comes from the pen of Professor Walter Brueggemann, who writes of the Ten Commandments: “They are not commonsense rules designed to clobber and scold people. Rather, they are the most elemental statement of how to organize social power and social goods for the common benefit of the community.” Yet, while the Church may often miss some of the social implications of the commandments, it just is not possible to dismiss the personal application of the commandments, as these are affirmed throughout the biblical text. See: Walter Brueggemann, Journey to the Common Good (Westminster John Knox Press, 2010).