The Christian Leader in the Digital Age 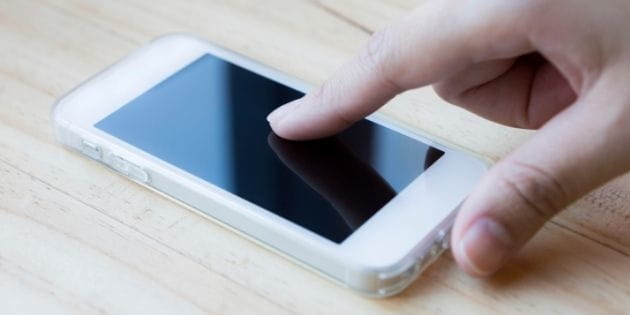 The Christian Leader in the Digital Age

The Digital Age is upon us. In the span of less than three decades, we have redefined the way humans communicate, entertain, inform, research, create, and connect – and what we know now is only a hint of what is to come. But the greatest concern of the church is not a technological imperative, but a Gospel imperative.

The digital world did not exist a generation ago, and now it is a fundamental fact of life. The world spawned by the personal computer, the Internet, social media, and the smart phone now constitutes the greatest arena of public discussion and debate the world has ever known.

Leaders who talk about the real world as opposed to the digital world are making a mistake, a category error. While we are right to prioritize real face-to-face conversations and to find comfort and grounding in stable authorities like the printed book, the digital world is itself a real world, just real in a different way.

Real communication is happening in the digital world, on the Web, and on the smart phone in your pocket. Real information is being shared and globally disseminated, faster than ever before. Real conversations are taking place, through voice, words and images, connecting people and conversations all over the world.

If the leader is not leading in the digital world, his leadership is, by definition, limited to those who also ignore or neglect that world, and that population is shrinking every minute. The clock is ticking.

Peril and Promise in the Digital Kingdom

The digital world is driven by its entrepreneurial and ideological pioneers and cheerleaders, and they are a multitude. The numbers are staggering. The World Wide Web is, for all practical purposes, less than twenty years old. It now reaches every continent and country, linking over 2 billion people.

There are now 5.9 billion cellular subscribers, and that means 87% of the world’s population. Cell phones, originally the toys of the very rich and powerful, are now more popular than landline phones in the poorest regions of the globe. The telephone pole will soon be an antique.

The blogosphere was unknown to humankind until the last fifteen years, but just one blogging platform (WordPress) logs over 300 million users each month, who blog more than 2.5 billion pages. The world now turns to Google before even thinking of reaching for a dictionary or encyclopedia. Most Americans under age 30 cannot imagine a time when you had to go to a brick and mortar library for information.

The central fixture of social media (for now), Facebook, was launched in February of 2004, and now links more than 900 million users worldwide. Twitter, the micro-blogging sensation was launched in May of 2006 and boasts 140 million users who post 340 million tweets each day. Even more amazing is the fact that more than 1.6 billion search queries are performed on Twitter each day. For many Americans, Twitter represents the leading edge of news and communication.

The digital kingdom is massive and transformative. Older media are migrating to the Web, even as social media increasingly supplant voice technologies. Smart phones are actually small computers, used occasionally for voice calls.

The digital world is the wild west of information sharing and conversation. Just about everything can be found on the Internet, usually within a couple of mouse clicks. This includes everything from preaching to pornography, with politics and entertainment added to the mix.

The Internet and digital technologies connect people, and disconnect them. So much information and entertainment is available so instantly that it seems that the entire globe is developing an attention deficit problem. At the same time, these technologies have led to the greatest democratization of communications since the advent of spoken language. Christians can take the Gospel into China, leaping over the “Great Firewall,” as many Chinese citizens refer to the efforts of their government to keep information out. North Korea struggles to isolate its people from the outside world, but cell phones (from Egypt!) are increasingly common, though illegal.

But the Internet has also disrupted the stable hierarchies of the old information age. A teenager with a computer can put out a blog that looks more authoritative than the blog written by the CEO of a Fortune 500 corporation – and perhaps read by more people as well. Most of what appears on the Internet is unedited, and much of it is unhelpful. Some is even worse.

And yet, if you are not present on the Internet, you simply do not exist, as far as anyone under 30 is concerned. These “digital natives” rarely receive and even more rarely write letters. They know nothing but instant information, and studies indicate that they multitask by instinct, utilizing several digital devices at once, often even when sitting in a classroom.

The digital world is huge and complicated and explosive. It contains wonders and horrors and everything in between. And it is one of the most important arenas of leadership our generation will ever experience. If you are satisfied to lead from the past, stay out of the digital world. If you want to influence the future, brace yourself and get in the fast lane.

By now, just about every church, corporation, business, school, or organization has a presence on the Internet. If not, realize that you just do not exist, so far as untold millions of people are concerned.

If you are a leader, you are responsible to see that your organization’s Internet presence is useful, attractive, inviting, and well designed. If you need help, get help. The first impression on the Web is often the only impression you will make, so make it count.

Content is king. People come to your Web site because they are looking for information. Make sure they can find it, and make certain it is worth finding. Your Web presence advertises to the world who you are, what your organization is all about, and the seriousness of your commitment to that mission. The information on your site must be up to date, regularly updated, and worthy of attention. If your Internet presence looks stale, visitors will assume that your organization is stale as well.

As a leader, consider establishing your own Internet presence as a part of your organization’s Internet site. If this seems self-aggrandizing, just recognize that this comes with the territory when you are a leader. Visitors want to know what you think, how you communicate your organization’s mission, and whether you inspire trust.

You have a message to communicate, and there is absolutely no virtue in failing to communicate that message. Make it serve the mission of your organization and drive visitors into its Web pages. Offer good content, and visitors will come back again. Let it grow old, and they will go elsewhere. This means a loss for your organization and its mission. Never forget that.

Make certain that visitors can find you and your organization. If search engines do not know you exist, only those who already know your Internet address can find you. That is not a growth strategy.

The Gospel Imperative in the Digital Age

The church is assigned the task of sharing the Gospel, taking the message of Christ to the world, making disciples of all the nations. Christians have been about this task for more than 2,000 years, and we are now witnessing a resurgence in Great Commission vision and vigor in a new generation of Gospel Christians.

Just as the Gutenberg Revolution granted the generation of the Reformation unprecedented new opportunities to communicate their message, the Digital Revolution presents today’s believers with tools, platforms, and opportunities that previous generations of Christians could not have imagined.

Christians – and Christian leaders in particular – should be taking advantage of blogs, social media, and every available platform for communicating our message. We should be exercising stewardship in new opportunities to learn, teach, and study online, recognizing that no generation before us had such rich opportunities.

At the same time, the Christian leader must be aware of the dangers and seductions of the digital world, knowing that every new technology can be used for both good and evil.

But our imperative to fulfill Christian leadership in the digital world is not technological. We should not use this technology simply because it is there. Our driving motivation must be a Gospel imperative – to see the Gospel of Jesus Christ, the full wealth of Christian conviction, and the comprehensive reach of the Christian worldview set before a sinful world. In other words, the Christian imperative in the digital domain comes down to this – sharing the light in a world of darkness.

I am always glad to hear from readers. Write me at [email protected]. Follow regular updates on Twitter at www.twitter.com/albertmohler. For further thoughts on this issue see my chapter, "The Digital Leader" in my book, The Conviction to Lead: 25 Principles for Leadership that Matters (Bethany House Publishers).