'It is the Price of Citizenship'? An Elegy for Religious Liberty in America 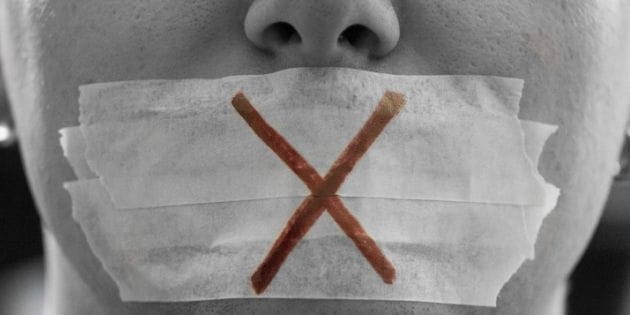 'It is the Price of Citizenship'? An Elegy for Religious Liberty in America

Anyone who still doubts that the normalization of homosexuality and the legalization of same-sex marriage will represent a seismic shift in the culture at large needs only to look to New Mexico to see that nothing less than religious liberty is now under threat — and in a big way.

Jonathan and Elaine Huguenin are the owners of Elane Photography, a firm that operates as a commercial photographic studio. Elaine is the lead photographer and the Huguenins together run the business. In 2006, the couple refused to photograph a same-sex couple’s commitment ceremony and were sued. Last week the New Mexico Supreme Court ruled that the Huguenins had violated the human rights of the same-sex couple and that the First Amendment does not allow Elane Photography to refuse to photograph same-sex unions.

The court’s decision was unanimous, upholding a 2012 decision by an appeals court. The court’s decision declared that the Huguenins had acted unlawfully in refusing to photograph the same-sex commitment, even when Elaine Huguenin had argued that to force her to photograph the celebration of a same-sex ceremony was to force her to function as a celebrant and thereby to violate her own conscience. That last part of the Huguenin’s argument has to do with the fact that photography is “expressive” as an art form. There is no way that photographing a same-sex ceremony would not require the professional photographer to arrange and construct photographs in order to artistically celebrate the same-sex union.

The court concluded: “When Elane Photography refused to photograph a same-sex commitment ceremony, it violated the NMHRA [New Mexico Human Rights Act] in the same way as if it had refused to photograph a wedding between people of different races.” The court then further concluded: “Even if the services it offers are creative or expressive, Elane Photography must offer its services to customers without regard for the customers’ race, sex, sexual orientation, or other protected classification.”

Jonathan and Elaine Huguenin are Christians who believe that marriage is exclusively the union of a man and a woman. They further believe that they are responsible and faithful only if they avoid any explicit or implied endorsement of same-sex marriage. They insisted that they do not discriminate on the basis of the sexual orientation of the potential client, but only on the basis of the ceremony they are asked to photograph.

The New Mexico Supreme Court dismissed all of the arguments presented on behalf of the Huguenins — arguments that have a very clear precedent in decisions by other courts, including the Supreme Court of the United States. The decision in this case by this court is both stark and strident, rejecting the reality that its holding forces a wedding photographer to make an artistic statement against a religious sentiment by supporting certain celebrations that the photographer in fact does not support.

The court’s ruling sets a very dangerous precedent: “If a commercial photography business believes that the [New Mexico Human Rights Act] stifles its creativity, it can remain in business, but it can cease to offer its services to the public at large. Elane Photography’s choice to offer its services to the public is a business decision, not a decision about its freedom of speech.”

A business decision, but not a decision about freedom of speech? The New Mexico Supreme Court’s ruling points to the comprehensive scope of the moral and legal realignment likely required by same-sex marriage — and eagerly demanded by its proponents. The addition of sexual orientation as a denominator of a protected class was sufficient to drag the Huguenins before a court in a state that itself does not legally recognize same-sex marriage.

The most amazing language found in the decision of the New Mexico court is not in the main opinion but in the “specially concurring” opinion of Justice Richard C. Bosson.

Although Justice Bosson concurred with the decision against them, he seemed to understand the plight of the Huguenins:

As devout, practicing Christians, they believe, as a matter of faith, that certain commands of the Bible are not left open to secular interpretation; they are meant to be obeyed. Among these commands, according to the Huguenins, is an injunction against same-sex marriage. On the record before us, no one has questioned the Huguenin’s [sic] devoutness or their sincerity; their religious convictions deserve our respect. In the words of their legal counsel, the Huguenins “believed that creating photographs telling the story of that event [a same-sex wedding] would express a message contrary to their sincerely held beliefs, and that doing so would disobey God.” If honoring same-sex marriage would so conflict with their fundamental religious tenets ... how then, they ask, can the State of New Mexico compel them to “disobey God” in this case? How indeed?

After asking exactly the right question, Justice Bosson then proceeded to give exactly the wrong answer—and to give it in a way that is both elegiac in tone and tragic in result. Since Elane Photography is a business offering services to the public, it cannot operate on the basis of the Huguenins’ sincerely held Christian principles. According to Bosson, the New Mexico Human Rights Act trumps religious liberty rights when the two come into collision.

Justice Bosson then acknowledged that his reasoning “is little comfort to the Huguenins, who are now compelled by law to compromise the very religious beliefs that inspire their lives. Though the rule of law requires it, the result is sobering. It will no doubt leave a tangible mark on the Huguenins and others of similar views.”

That language is breathtaking. Justice Bosson acknowledges that this decision will compel the Huguenins “to compromise the very religious beliefs that inspire their lives.” But, he insists, the State of New Mexico will compel them to do just that.

Then comes even more shocking language. Justice Bosson asserts: “At its heart, this case teaches that at some point in our lives all of us must compromise, if only a little, to accommodate the contrasting values of others.” So this is a matter of the justices balancing “contrasting values”?

So the price of citizenship is the denial of religious liberty when the Christian convictions of this couple run into a head-on collision with the “contrasting values” of others. This is a “compromise” that requires the Huguenins to give up their convictions or go out of business. What does the “compromise” require of those who push for the normalization of same-sex relationships and the legalization of same-sex marriage? Nothing.

The same-sex couple in this case did not contest the fact that there were many other professional photographers available to them. Indeed, they hired another photographer after Elane Photography declined. But they still pressed for the force of law to require all commercial photographers to provide services for same-sex ceremonies. And they got what they demanded.

That is the true nature of the “compromise” that Justice Bosson argues is “the price of citizenship.” His language about the Huguenins and their plight is moving and respectful, almost an elegy. But the decision itself is a denial of religious liberty and the constitutional guarantees of religious expression and free speech.

Justice Bosson asserts that “there is a price, one that we all have to pay somewhere in our civic life.” The New Mexico Supreme Court has now made clear that the price to be paid by many is the forfeiture of their religious liberty.