Can Evangelical Chaplains Serve God and Country? The Crisis Arrives 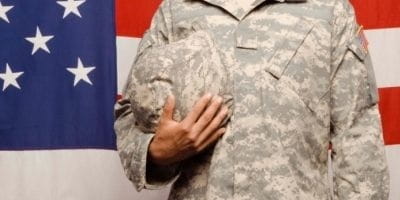 Can Evangelical Chaplains Serve God and Country? The Crisis Arrives

Can chaplains committed to historic biblical Christianity serve in the United States military? That question, though inconceivable to our nation’s founders, is now front and center. And the answer to that question will answer another, even more important question: Can religious liberty survive under America’s new moral order?

The repeal of the military’s “Don’t Ask, Don’t Tell” policy, coupled with the Supreme Court’s ruling that the Defense of Marriage Act is unconstitutional, set the stage for this crisis. The full normalization of same-sex relationships within the U.S. military is part of the unprecedented moral revolution that is now reshaping American culture at virtually every level.

The crisis in the chaplaincy arrived with these developments. The presenting issue is clear: Can a chaplain committed to historic biblical Christianity remain in military service? Does the normalization of homosexuality require that all members of the military, including chaplains, join the moral revolution, even if doing so requires them to abandon their biblical convictions?

In recent weeks, the North American Mission Board of the Southern Baptist Convention, the endorsing agency for SBC chaplains, formulated a set of policies on these issues. These policies are required of all SBC-endorsed chaplains, and the guidelines are clear. SBC chaplains are to minister in line with the biblical convictions of the SBC and its churches as made clear in our denomination’s confession of faith, The Baptist Faith & Message. Chaplains are to offer respect to all, respect for the religious liberty of all, and respect for the religious diversity represented within the armed forces. But evangelical chaplains cannot deny or compromise the Gospel of Jesus Christ. As the document states:  ”Responsible pastoral care will seek to offer repentance and forgiveness, help and healing, and restoration through the mercy and grace of Jesus Christ’s sacrificial gift of love on the cross.”

At the same time, SBC endorsed chaplains — the largest single group of non-Catholic chaplains — cannot violate their own convictions by conducting or attending a same-sex marriage ceremony, and they certainly cannot bless such a union. They cannot minister in any context that “would give the appearance of accepting the homosexual lifestyle or sexual wrongdoing.”

In accordance with established U.S. military policy and law, all chaplains are free to minister in accordance with the teachings and beliefs of their own churches, even as they minister to all and respect the religious liberty of others. And yet, the great moral revolution of our times now threatens the continued service of chaplains committed to the moral teachings of historic Christianity.

That point was made abundantly clear in an article published on Monday, September 16, by Associated Baptist Press. The author of the article is Tom Carpenter, identified as co-chair of the Forum on the Military Chaplaincy and an elder in the Presbyterian Church (USA). Carpenter wastes no time in declaring his argument that Southern Baptist chaplains must immediately resign from military service. Given the guidelines set down by the Southern Baptist Convention’s endorsing agency, “the only honorable course is to resign from the military chaplaincy and return to civilian ministry.”

The North American Mission Board has turned the Army motto on its head. They have forced their endorsed chaplains into the untenable position of either serving God or country. Given that choice, as men (NAMB forbids women to serve as ordained chaplains) of God the only honorable course of action for most will be to resign their commissions and return to civilian ministry.

If these Southern Baptist chaplains were civilian pastors, there would be no problem. As civilians, they undisputedly have an absolute First Amendment right to believe, preach and counsel in accordance with their denominational tenets. But they are not civilians, and have a duty to not only God, but also country. It is instructive that they are not salaried by the NAMB but by the American taxpayer.

Yes, and they do not surrender their constitutional guarantee of religious liberty when they accept a commission as a military chaplain. Carpenter’s group was on the forefront of advocating for homosexual rights within the military, calling for “Don’t Ask, Don’t Tell” to be revoked and for the Defense of Marriage Act to be struck down. At the same time, his group assured the nation that this moral revolution would not lead to any major exodus of chaplains from the Armed Services. In fact, they accused evangelicals of “crying wolf” in warning of such a crisis. Now, Carpenter is openly calling for Southern Baptist chaplains to join the moral revolution or get out of the military.

Make no mistake, the moral revolution driven by those who demand the total normalization of homosexuality and same-sex relationships will not stop with the crisis over military chaplains. But at this moment, the chaplains are on the front lines of the great cultural and moral conflict of our times. This is a moment of crisis for the chaplains; but it is also a moment of crisis for the entire nation. If religious liberty is denied to evangelical Christian chaplains in the military, if they must surrender their convictions or their commissions, then religious liberty is lost in America, and the chaplains will be but the first casualties of this loss.

Southern Baptist chaplains have been singled out in this call for mass resignation, but they will not be alone. Thousands of Roman Catholic chaplains are committed by their church to the same moral convictions. Chaplains representing other evangelical churches and denominations will find themselves facing the same moment of decision. Muslim and Jewish chaplains who cannot endorse homosexuality and same-sex marriage will face the same challenge.

In reality, it is the entire nation that now faces this crisis. Is America ready to demand that military chaplains choose between serving God and serving their country? We will soon know the answer to that question.

We will also know the answer to another, even more urgent question: Where will every Christian church stand on this matter? The great theological divide between those churches and denominations committed to biblical Christianity and those who are given over to the spirit of the age has never been more clear. Indeed, the divide grows clearer day by day.