A Christmas Mandate for Christians 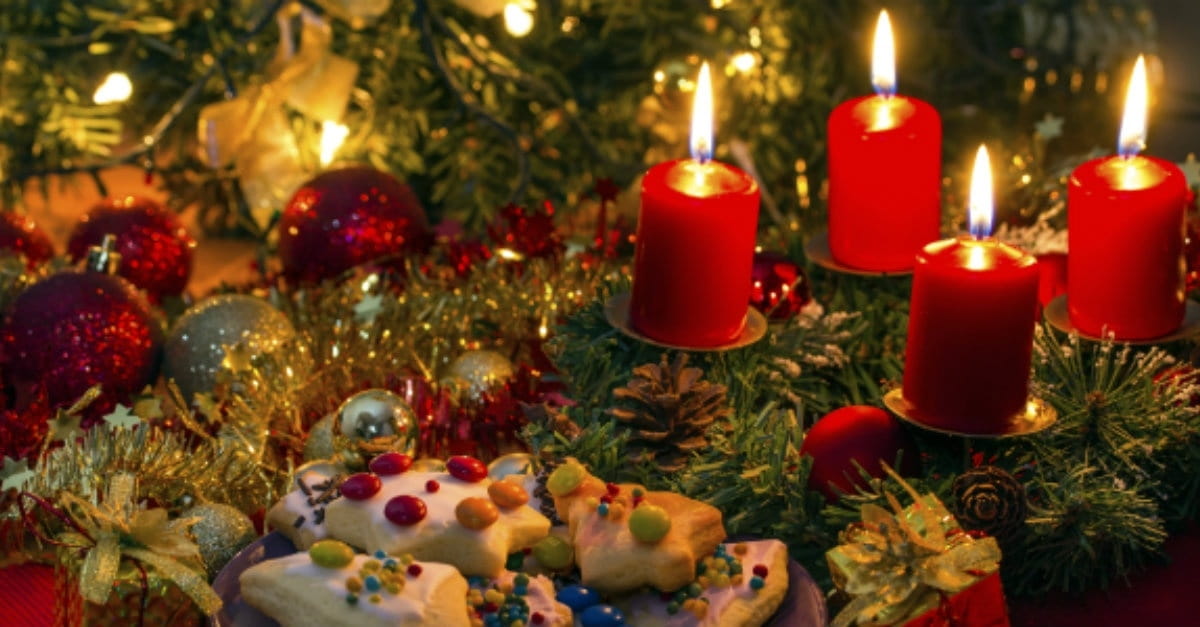 A Christmas Mandate for Christians

So many moments of our lives pass with almost no sense of significance. The twenty four hours in a day fade into the memory of the seven days of the week, then the thirty-odd days of a month, and then months into years. The years pass into the mist of memory.

But certain moments, certain days stand out in vivid contrast. These are occasions of bright and lasting memory — births, deaths, family reunions, and Christmases. Add to those moments like this, a commencement ceremony. There is something even more special about this ceremony, however, for this is the graduation of those called to Christian ministry, and this ceremony comes fast upon Christmas.

The celebration of the nativity of Christ comes with triumphant declarations, prophesies, songs of praise, the great good news of the Gospel, and a spectacular opportunity for maximum theological clarity. I am speaking about the kind of clarity that the shepherds heard from the angelic host who declared that a child has been born in the city of David, a Savior, who is Christ the Lord. The clarity of Simeon, who announced when he held the infant Christ, “my eyes have seen your salvation that you prepared in the presence of all peoples.” [Luke 2:30-31] The clarity of Mary, who declared, “he who is mighty has done great things for me, and holy is his name.” [Luke 1:49] The clarity of Isaiah the prophet, who foretold:  “For to us a child is born, to us a son is given; and the government shall be upon his shoulder, and his name shall be called Wonderful Counselor, Mighty God, Everlasting Father, Prince of Peace. Of the increase of his government and of peace there will be no end, on the throne of David and over his kingdom, to establish it and to uphold it with justice and with righteousness from this time forth and forevermore. The zeal of the LORD of hosts will do this.” [Isaiah 9:6-7]

We live in a day of terminal theological confusion — a day when that confusion comes from far too many pulpits and lecterns and churches. Christmas is the great biblical refutation of that confusion. A simple reading of the gospel accounts of the birth of Jesus presents declarative sentences, undeniable truth claims, unavoidable clarity.

I want to direct our attention at this Christmas commencement to the prophesy of Zechariah found in Luke 1:67-80. Zechariah the priest has named the son promised and born to his aged wife Elizabeth “John,” as commanded by the angel. Upon writing the name John, Zechariah’s mouth was opened and Luke tells us:

“And his father Zechariah was filled with the Holy Spirit and prophesied, saying, ‘Blessed be the Lord God of Israel, for he has visited and redeemed his people and has raised up a horn of salvation for us in the house of his servant David, as he spoke by the mouth of his holy prophets from of old, that we should be saved from our enemies and from the hand of all who hate us; to show the mercy promised to our fathers and to remember his holy covenant, the oath that he swore to our father Abraham, to grant us that we, being delivered from the hand of our enemies, might serve him without fear, in holiness and righteousness before him all our days. And you, child, will be called the prophet of the Most High; for you will go before the Lord to prepare his ways, to give knowledge of salvation to his people in the forgiveness of their sins, because of the tender mercy of our God, whereby the sunrise shall visit us from on high to give light to those who sit in darkness and in the shadow of death, to guide our feet into the way of peace.’”

This beautiful hymn of prophecy begins and ends with the declaration that God is bringing salvation. Zechariah knows that John is to be the forerunner of the one who brings salvation. The Lord God of Israel is visiting his people with salvation, with redemption. The horn of salvation is rising, and Israel’s promised Messiah is coming to rule on the throne of David. Salvation arrives as was foretold by the prophets of old. Enemies are scattered and their evil is shattered. The mercy promised to the fathers is coming, God is remembering his holy covenant, the very covenant and oath God swore to father Abraham. God’s people, delivered from their enemies, will now serve God without fear, in holiness and righteousness all their days.

Zechariah offered prophetic words concerning his own son, John the Baptizer, declaring: “And you, child, will be called the prophet of the Most High; for you will go before the Lord to prepare his ways, to give knowledge of salvation to his people, in the forgiveness of their sins because of the tender mercy of our God, whereby the sunrise shall visit us from on high to give light to those who sit in darkness and in the shadow of death, to guide our feet into the way of peace.”

The message has now turned from rescue from enemies to rescue from sin. The vindication of God’s people gives way to the forgiveness of sins and the tender mercy of God. Even as Isaiah foretold that the people who dwell in darkness have seen a great light, Zechariah speaks of the Christ child as “the sunrise” who shall visit us from on high, “to give light to those who sit in darkness and in the shadow of death.” The morning star will guide our feet in the way of peace.

Zechariah knew that John’s mission was to give knowledge of salvation to God’s people, to declare the tender mercy of God in Christ, to announce the forgiveness of sins. This was the calling that John fulfilled, even unto death. He came to prepare the way of the Lord, to call sinners to repentance, and to declare that in Christ the promised salvation of God has arrived.

In that sense, the clarity of the Christmas narrative thunders to us that our task is essentially a continuation of John’s. He came to prepare the way, while we preach Jesus, the Way, the Truth, and the Life. But the message is the same. Those who will graduate this day will join the faithful line of preachers, missionaries, and ministers before them who, like John, gave knowledge of salvation to the people, by declaring the tender mercies of God that promise the forgiveness of sins.

That is the mission, the calling, the urgency. That is why a Christmas commencement seems so fitting. The celebration of the birth of Christ puts everything on the table. The unswerving directness and crystalizing simplicity of the Christmas message leaves no room for confusion. Reading the gospel texts we know that we either believe or run away. This is either the greatest truth ever declared, or it is the saddest lie ever told. The Christmas story cannot be reduced to a sentimental tale that gives humanity a warm glow. When the heavenly host declares that Jesus is the Savior who is Christ the Lord, they announce the forgiveness of sins to those who repent and believe and they declare war on those who would oppose this child.

The graduation of these ministers of the gospel gives us such hope today because we witness them taking their place behind the prophets and the apostles, the faithful through the ages, following in the line behind John the Baptist, giving knowledge of salvation, calling upon sinners to repent and believe, pointing to the sunrise that has visited us from on high, bringing light to those who sit in deep darkness.

In these days, our task is to raise up a generation of faithful, urgent, learned, and skilled counter-revolutionaries for the kingdom of Christ — an insurgency against the principalities and the powers. That is what Zechariah was declaring as John’s mission. That is what we declare today as the mission of these graduates.

Look back to Luke chapter one, verse 66, when those who witnessed the presentation of the infant John asked, “What then will this child be?” It was that very question that Zechariah, filled with the Holy Spirit, answered.

We are not allowed to know the answers to these questions, but we do know this. We know what they are to do. They are to give knowledge of salvation. That we know. That is their calling, above all. That is their mission, wherever they may go.

The clarity of the Christmas story reminds them that they are to be defenders of the faith, teachers of undiluted truth, guardians of the treasure entrusted to them, heralds of the Gospel of Jesus Christ. They have learned so much in their studies here, and they will learn even more as they teach others. Our hopes and prayers go with them, along with our pride and joy.

They have been taught the faith once for all delivered to the saints. They have been grounded in the knowledge of God’s Word, inspired, inerrant, and infallible. They have been skilled in ministry and equipped for mission. They have received their mandate from on high. And now, we watch them go.

This is the truth they will tell for the rest of their lives. This is the truth we declare to all today. Unto us was born that day in the city of David a Savior who is Christ the Lord. The sunrise has come from on high. And we are saved.

This is the text of the commencement address preached by President R. Albert Mohler, Jr. at the December 12, 2014 commencement ceremony at The Southern Baptist Theological Seminary in Louisville, Kentucky. The entire ceremony will be live-streamed by digital video broadcast beginning at 10:00 a.m. EST at www.sbts.edu/live

I am always glad to hear from readers. Write me at [email protected] regular updates on Twitter at www.twitter.com/AlbertMohler