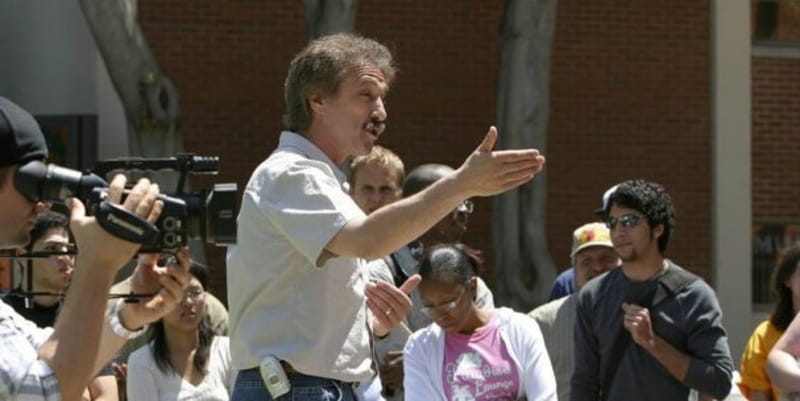 The trailer for “Audacity,” a film addressing homosexuality by Evangelist Ray Comfort, has been removed from YouTube. The Blaze reports that the video site removed the trailer after it had been viewed 130,000 times.

In place of the trailer, a message appears on YouTube that reads, “This video has been removed as a violation of YouTube's policy against spam, scams, and commercially deceptive content.”

Comfort, who is famous for sharing scripture with strangers on the street, believes that the trailer was taken down because it suggests that no one is born a homosexual.

He said, “The foundation for the gay argument is that homosexuals (like people of color) are born that way, and like someone’s race, should never be discriminated against. The trailer shows a number of people changing their minds about homosexuals being born that way because I asked them two simple questions. It’s pretty unnerving for the ‘I can’t help being gay argument,’ and so they decided to censor us. Or to put it another way, they discriminated against us because of our religion.”

In a statement, YouTube said, "While we don’t comment on individual videos, YouTube does have strict spam and metadata policies. If a video is flagged by our community that violates these policies it is removed."

But comfort argues that the “Audacity” trailer did not violate any policies at all.

“Watch the two-minute trailer and see if you can find spam, a scam or anything commercially deceptive,” he said. “All we want is to be treated fairly.”

The trailer can still be viewed at GodTube.com. “Audacity” is available to download here.