Your Tithe Doesn’t Have to Go to Your Church, Say Evangelical Leaders 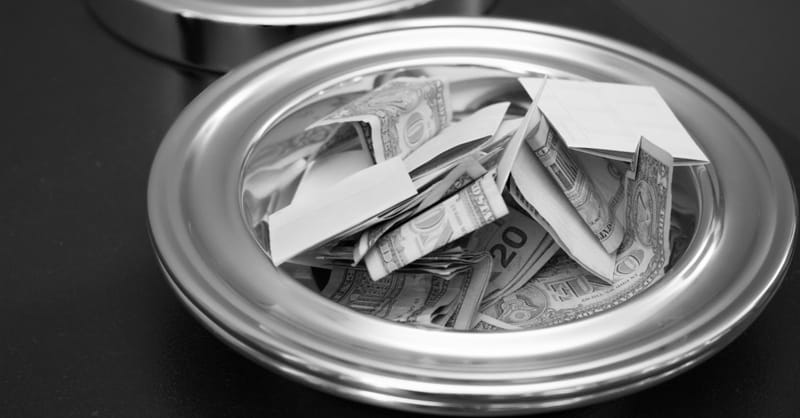 Your Tithe Doesn’t Have to Go to Your Church, Say Evangelical Leaders

It’s OK if you want to give part of your tithe to somewhere other than your church, the National Association of Evangelicals said.

“Many evangelical leaders do not believe there’s a biblical requirement to give exactly 10 percent to the local church,” NAE president Leith Anderson said. “Giving generously out of what God has done for us is the main message.”

A survey of the evangelical association leaders showed that 76 percent agreed that it’s acceptable to give part of your 10 percent of tithing to other ministries outside your church.

“I have been taught—without reference to any biblical mandate—that any amount given outside of the local church should be done over and above the tithe,” author and speaker Deborah Pegues said. “Nevertheless, I believe that everyone should be fully persuaded in his own mind as to the distribution of his tithe.”

According to a 2013 State of the Plate report, only 10 to 25 percent of families in the church tithe. Of those offerings, about 97 percent make the church a priority.

“When we support the local church with our first 10 percent and then use additional income to give elsewhere, we fully reflect the generosity of God's heart and see the windows of heaven open and pour out blessings on us, as promised in Malachi 3:10,” said Amie Streater, associate pastor for financial stewardship at New Life Church and author of Your Money God’s Way.

According to the Evangelical Council for Financial Accountability, the top categories for giving outside the church are relief and development and child sponsorship.