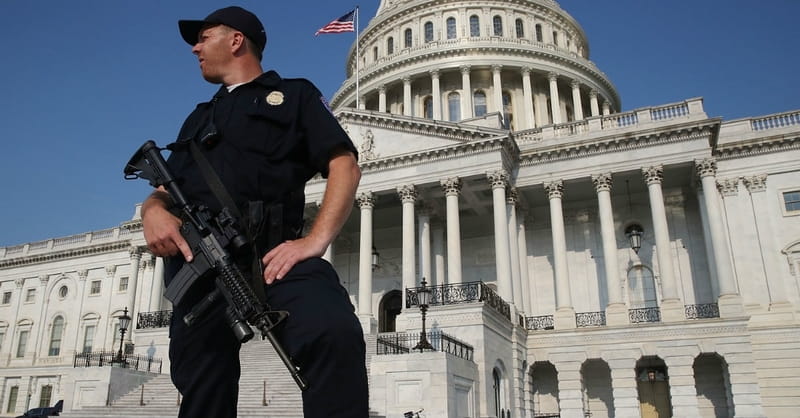 Five people were injured in a shooting in Alexandria, Virginia yesterday (Wednesday) morning. The shooter targeted GOP lawmakers while they practiced for the annual congressional baseball game.

Those injured were Rep. Steve Scalise, who is the GOP House Majority Whip, Matt Mika, a former congressional staffer and now a lobbyist, Rep. Roger Williams and one of his congressional staffers, Zack Barth, and two Capitol Police officers, Crystal Griner and David J. Bailey.

Although Scalise and Mika remain in critical condition, all victims are expected to recover. Mika is out of surgery while Scalise will be undergoing more operations.

Several witnesses of the tragic event testified that if not for the bravery and quick thinking of the Capitol Police officers, the tragedy would have been much worse.

Sen. Rand Pau,l who was in a batting cage when the shooting started, told reporters shortly after the event that “I do believe that without the Capitol Hill police, it would have been a massacre.”

“Everybody probably would’ve died except for the fact that the Capitol Hill Police were there, and the only reason they were there is because we had a member of leadership on our team,” Paul continued. “If Scalise wouldn’t have been on the team — unfortunately he was hit and I hope he does well — but also by him being there it probably saved everyone else’s life, because if you don’t have a leadership person there, it would’ve been no security there.”

Many senators--both Republicans and Democrats--shared their hopes that Scalise and the other victims would make a speedy recovery and applauded the bravery of the Capitol Police.

I'm incredibly grateful for the bravery shown by US Capitol police everyday. Prayers for the officers involved in this morning's shooting.

My prayers go out to the victims of the congressional baseball practice shooting. Thank you to Capitol Police for your heroism and service.

My thoughts are with @SteveScalise, all those injured, and the brave Capitol Police who protect us every day.

My heart is with my former colleagues, their families & staff, and the US Capitol Police- public servants and heroes today and every day.

President Trump, in his address following the shooting, also praised the swift action of the Capitol Police:

“Many lives would have been lost if not for the heroic actions of the two Capitol Police officers who took down the gunman despite sustaining gunshot wounds during a very, very brutal assault.

Melania and I are grateful for their heroism and praying for the swift recovery of all victims,” said the President.

Photo: A U.S. Capitol Police officer stands guard in front of the U.S. Capitol Building, on June 14, 2017 in Washington, DC. This morning House Majority Whip Steve Scalise (R-LA) and others were shot by a gunman during Congressional baseball practice in Alexandria, Virginia