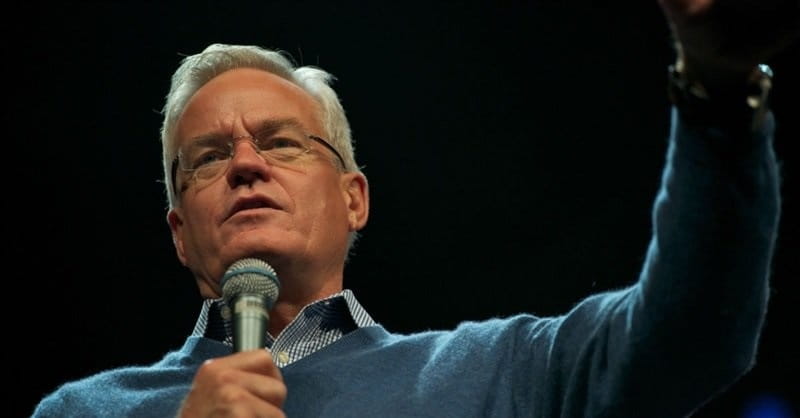 Willow Creek Community Church announced it will commission an independent investigation of sexual harassment allegations against founding pastor Bill Hybels, a day after one of the two pastors who succeeded Hybels resigned over the church’s handling of the matter.

Heather Larson, lead pastor at the influential evangelical Chicago-area megachurch, announced the investigation Monday (Aug. 6) in an email to church members. The inquiry will be led, Larson said, by an advisory council of Christian leaders from across the country and funded by an anonymous outside donor.

Steve Carter, who was named lead teaching pastor alongside Larson in April, announced his resignation on his blog Sunday (Aug. 5) over differences with how the church has handled the allegations against Hybels. Carter did not appear at Sunday services  at Willow Creek’s main campus in South Barrington, Ill.

“At this point … I cannot, in good conscience, appear before you as your Lead Teaching Pastor when my soul is so at odds with the institution,” Carter wrote.

A March investigation by the Chicago Tribune and later reporting in Christianity Today documented several women’s claims that Hybels had invited them to hotel rooms, commented on their appearance and in one case given a former co-worker an unwanted kiss. The Tribune also reported allegations against Hybels previously had been investigated by Willow Creek’s elders and an outside law firm, but he was cleared of wrongdoing.

Carter blogged about some of his concerns in late June and offered an apology for the church’s initial response, writing, “I recognize that I am not blameless in this.” (Larson, who has co-led the church with Carter since Hybels’ resignation, also apologized then in a written statement.)

Carter reportedly gave church leadership notice of his intent to resign several weeks ago and was asked to continue in his role until they decided how to make his resignation public.

But he said that he was compelled to resign immediately by a “horrifying” report that appeared Sunday morning in The New York Times detailing new allegations against Hybels by a former executive assistant.

Pat Baranowski, who worked for Willow Creek and also lived with the Hybels family in the 1980s after her marriage ended, alleged in the Times report that Hybels had fondled her breasts, rubbed against her and once engaged her in oral sex.

After years of the alleged harassment, Baranowski told the Times, she confronted Hybels about it, calling the behavior sin and telling him she felt humiliated. She moved out of the Hybels’ house as his treatment of her changed and he sketched out a plan for her to leave Willow Creek.

“It was heartbreaking yesterday to read about the new allegation against Bill Hybels in the New York Times. We have deep sadness for Ms. Baranowski. The behavior that she has described is reprehensible,” Larson wrote in her email to the congregation.

Hybels, who resigned from Willow Creek in April, months ahead of his planned retirement, has denied all allegations against him from women connected to the congregation.

Carter’s resignation comes days before the start of the Willow Creek Association’s annual Global Leadership Summit, held at the church’s main campus and simulcast around the world.

Actor Denzel Washington and author and speaker Lisa Bodell already had pulled out of the summit. It is expected to include a statement about the allegations and a session about “creating a healthy work environment for men and women,” according to Christianity Today, and 111 sites planning to simulcast the event had canceled, the magazine’s report said.

Several publishers also have stopped printing books by Hybels — including Tyndale House Publishers, which suspended publication of “Everyone Wins When a Leader Gets Better,” which was set to be published this month.

For more on this developing story, see Willow Creek Teaching Pastor Resigns over New Accusations against Hybels and Bill Hybels and the Illusion of “Private” Sin.